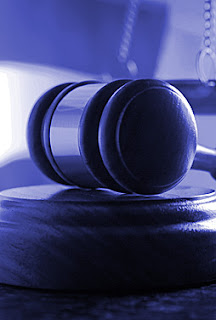 Officials with the Episcopal Church and the Diocese of Virginia are being asked to end a two-year legal battle over church property.

Late last year, a Virginia court issued final rulings in favor of nine churches in the Anglican District of Virginia (ADV), finding that each had a legal right to their church property. The churches had been sued by the Episcopal Church after the congregations left the denomination over its liberal leanings.

Now, the Episcopal Church and the Virginia Diocese have appealed the judge's ruling. Jim Oakes, vice chairman of ADV, says it is time to stop the legal wrangling.

"As Christians, we would far rather use our resources for more important things than battling things out in court," says Oakes. "It's really time to put our swords down and find ways to work together in joint ministry -- and we would love to do that."

Twenty-five churches make up the ADV. The district is affiliated the Convocation of Anglicans in North America (CANA), a missionary branch of the Church of Nigeria and other Anglican archbishops.

TEC and DioVA DO NOT CARE WHAT YOU WANT.THEY ARE CORPORATIONS NOT CHURCHES. YOUR PLEAS FALL ON DEAF EARS.
Happy to clear that up for you.
Intercessor

Forget it. They will not quit until they are defeated in Superior Court,which is sure to happen.

TEC and the Diocese have squandered $2 million on litigation costs. They will gladly pay another $250,000 to appeal in the hopes that their initial investment has not gone to waste. Meanwhile, $0 to the vaunted MDGs.

Since the Attorney General has already filed in support of the constitutionality of this case, it's a pretty fair bet the VA Supreme Court will rule against TEC. The question is, will the US Supreme Court hear the case? That's where this is headed, gang.

I am just guessing that the SCOTUS will not hear this or any other church property case and leave it to the States as long as its decided along neutral property law. What makes the Virginia case potential attractive to the SCOTUS is VA Statute 57-9, but even then I'm thinking they won't any part of it.

KJS calling in Kosta may be a signal that this is headed for SCOTUS.

Shori like Hillary is single-minded and will not quit while she has breath.

Too bad both are not on God's side. I pray He will confront them on their 'Damascus' roads...and they will humble themselves and say, 'Lord, who are you? What would you have me to do?' May the scales fall from their eyes.