GAFCON Primates Council: "Season of gracious restraint in the Communion has come to an end" as Glasspool is elevated to bishop in The Episcopal Church 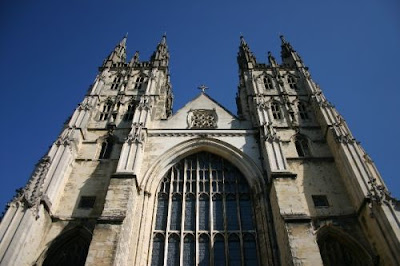 COMMUNIQUÉ FROM THE PRIMATES COUNCIL OF GAFCON/FCA

Grateful for the gracious guidance of the Holy Spirit, and the leadership of the Most Reverend Peter J. Akinola, the Primates Council of the Fellowship of Confessing Anglicans (GAFCON/FCA) met in Bermuda from April 5 through 9, 2010.

The Primates Council consists of Primates (Senior Archbishops) of Anglican Provinces who met together in Jerusalem in June 2008 as part of the Global Anglican Future Conference (GAFCON). Their determination to give witness to the life transforming gospel of Jesus Christ and the trustworthiness of the Bible led to the establishment of the Fellowship of Confessing Anglicans (FCA).

FCA is a movement defined by theology that delivers spiritual and practical outcomes to faithful Anglican Christians around the world. Together the Primates Council represents over thirty four million Anglicans more than half of the active membership of the Anglican Communion
In faithful obedience to the Great Commission the Primates Council devoted much of their meeting ensuring that those provinces presently members of the FCA would be strengthened in their witness to the whole Gospel through engagement in various development projects, the production of critical theological resources and participation in multi-national mission initiatives.

We acknowledged that the issues that divide our beloved Communion are far from settled and that the election of the Reverend Mary Glasspool, a partnered lesbian, as a Bishop in Los Angeles in The Episcopal Church (TEC), makes clear to all that the American Episcopal Church leadership has formally committed itself to a pattern of life which is contrary to Scripture.

This action also makes clear that any pretence that there has been a season of gracious restraint in the Communion has come to an end. Now is the time for all orthodox biblical Anglicans, both in the USA and around the world, to demonstrate a clear and unambiguous stand for the historic faith and their refusal to participate in the direction and unbiblical practice and agenda of TEC.

We recognise that the current strategy in the Anglican Communion to strengthen structures by committee and commission has proved ineffective. Indeed we believe that the current structures have lost integrity and relevance. We believe that it is only by a theologically grounded, biblically shaped reformation such as the one called for by the Jerusalem Declaration that God¹s Kingdom will advance. The Anglican Communion will only be able to fulfill its gospel mandate if it understands itself to be a community gathered around a confession of faith rather than an organisation that has its primary focus on institutional loyalty.

We committed ourselves once more to the Mission of Christ working collaboratively both with our friends in the Global South and throughout the Communion and look forward with anticipation to the FOURTH GLOBAL SOUTH TO SOUTH ENCOUNTER to be held later this month at St Andrew's Cathedral, Singapore.

We are also aware of the challenges that many of our sisters and brothers face in different parts of the world. In particular we are mindful of those who live with the threat of violence because of their Christian faith, such as Nigeria, Iraq and Sudan and those who live in places of deprivation and disaster such as Haiti and Chile. We also observe that there are a growing number of nations, such as Kenya, Uganda and now the United Kingdom where Christian views are marginalized or ignored. We stand with all those in such circumstances and assure them of our continued prayers.

The Primates Council expressed its profound appreciation for the gracious hospitality shown it by the people of Bermuda and the faithful witness of Christians in this land for almost four hundred years. We are aware of some of their current concerns and tensions and are praying for God's guidance and wisdom for the leaders of both the churches and the government.

To God be the glory!

Present in Bermuda were: