Anglican Curmudgeon has the scoop: 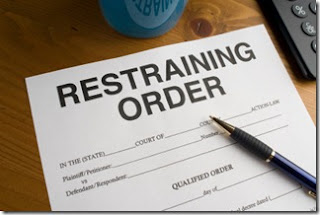 The order was issued following an ex parte hearing before Judge Goodstein yesterday, and after Bishop Lawrence's Diocese posted a bond set by the court at $50,000. A hearing may be held "ex parte" in cases of urgency, in order to prevent immediate harm from occurring. The opposing side does not need to be present; indeed, the Episcopal Church (USA) has not yet entered an appearance in the case, and does not seem to have been represented at the hearing. 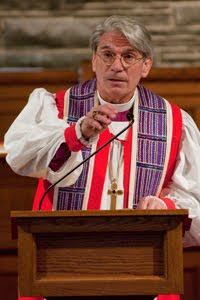 The purpose of the bond is to ensure that any damages that may be caused by the Court's issuance of the TRO without first hearing from the opposite side will be covered; such bonds are required by law as a condition of the issuance of a TRO, and the amount is fixed by the Court in each instance based upon individual circumstances.
The immediate urgency requiring the ex parte hearing, from the point of view of Bishop Lawrence and his Diocese, was the scheduled meeting this Saturday of the Episcopal remnant in South Carolina which desires to organize a new diocese within the Episcopal Church (USA) to replace the one that has withdrawn. In issuing notices for the meeting, the national Church and those working in concert with it have claimed the right to use the names and seal described in the Court's order, which belong (by South Carolina law) to Bishop Lawrence's Diocese.
The Court's reasoning for issuing the order states in part:

The order goes into effect immediately, so it will essentially force the remnant group meeting this Saturday to adopt a different name for the entity it will form, and by which it will be known. The governing documents which are scheduled for approval (a Constitution and Canons based on the former diocesan version before changes were approved in 2011 and 2012) will need to be changed to remove all references to "the Protestant Episcopal Church in the Diocese of South Carolina" and "the Episcopal Diocese of South Carolina." The order will remain in effect until February 1, when a hearing will be held starting at 9:00 a.m. in the Richland County courthouse on a preliminary ("temporary") injunction, pending the trial and final resolution of the case.

O beautiful for pilgrim feet,
whose stern impassioned stress,
a thoroughfare of freedom beat
across the wilderness.
America! America!
God mend thine every flaw,
confirm thy soul in self-control,
Thy liberty in law.
Posted by Unknown at 3:19 PM No comments:

This morning at the Cafe

Behold the fowls of the air: for they sow not,
neither do they reap, nor gather into barns;
yet your heavenly Father feedeth them.
Are ye not much better than they?

Which of you by taking thought
can add one cubit unto his stature?

And why take ye thought for raiment?
Consider the lilies of the field,
how they grow; they toil not,
neither do they spin:

And yet I say unto you,
That even Solomon in all his glory
was not arrayed like one of these.

Wherefore, if God so clothe the grass of the field,
which to day is, and to morrow is cast into the oven,
shall he not much more clothe you,
O ye of little faith?

for your heavenly Father knoweth
that ye have need of all these things.

But seek ye first the kingdom of God,
and his righteousness;
and all these things shall be added unto you.

Here's an interesting commentary from the Dean of the Virginia Theological Seminary, the Rev'd Ian Markham, on the PBS show Religion and Ethics:

From the Episcopal Diocese of Virginia:

"We welcome the Court's willingness to address this issue, because it will provide greater certainty for the Diocese of Virginia in ensuring that church property serves the mission of the Episcopal Church," said Henry D.W. Burt, secretary and chief of staff. "In addition, the review will provide greater certainty to our sister Episcopal dioceses and all hierarchical denominations in Virginia."

A decision is expected in the first half of this year. 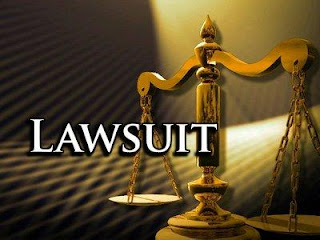 St. George, SC, January 4, 2013 –The Diocese of South Carolina, the Trustees of the Diocese and congregations representing the vast majority of its baptized members today filed suit in South Carolina Circuit Court against The Episcopal Church to protect the Diocese’s real and personal property and that of its parishes.

“We seek to protect more than $500 million in real property, including churches, rectories and other buildings that South Carolinians built, paid for, maintained and expanded – and in some cases died to protect – without any support from The Episcopal Church,” said the Rev. Jim Lewis, Canon to the Ordinary. “Many of our parishes are among the oldest operating churches in the nation. They and this Diocese predate the establishment of The Episcopal Church. We want to protect these properties from a blatant land grab.”

The Diocese of South Carolina was established in 1785 as an independent, voluntary association that grew from the missionary work of the Church of England. It was one of nine dioceses that voluntarily joined together to form The Episcopal Church in October 1789, which eventually became an American province in the worldwide Anglican Communion, also a voluntary association.

The Diocese of South Carolina is made up of 71 parishes with approximately 30,000 members. Of those, 22,244 members have decided to remain with the Diocese and 1900 are undecided. Fifty Three Hundred say they want to be with The Episcopal Church with nearly half of those from one church in Charleston. While the Diocese has disassociated from The Episcopal Church, it remains a part of the Anglican Communion.

“We believe The Episcopal Church’s decision to embrace an unorthodox theology separated it from the doctrine our Diocese has followed for centuries, the same doctrine that nearly 80 million Anglicans around the world continue to follow today,” said Bishop Lawrence. “This is an issue of religious freedom. Like our colonial forefathers, we are pursuing the freedom to practice our faith as we see fit, not as it is dictated to us by a self-proclaimed religious authority who threatens to take our property unless we relinquish our beliefs. The actions taken by TEC make it clear that such freedom of worship is intolerable to them.”

Since the mid-1960s, membership in The Episcopal Church has declined by more than 37 percent – to about 1,923,046 members. During the same period, the number of members in the Diocese of South Carolina has increased by 48 percent, to 29,531.

Dioceses in four other states have disassociated over theological differences with The Episcopal Church in recent years resulting in its spending an estimated $22+ million in lawsuits to seize the property of local parishes. To date, the church has initiated 75 such lawsuits across the country. Today’s lawsuit is only the second pre-emptively filed by a diocese to protect diocesan and parish property in the wake of disassociation. The first was by the Diocese of Quincy filed in March 2009.

South Carolina state law tends to support the property rights of churches. A recent state Supreme Court decision found that All Saints Church of Pawley’s Island was the true owner of its property and that The Episcopal Church held no interest.

The Episcopal Church has already begun an effort to hijack the Diocese of South Carolina’s identity by calling for a convention to identify new leadership for the diocese and creating a website and other material using the Diocesan seal.

Anglican Curmudgeon has his commentary up here.
Posted by Unknown at 1:57 AM 4 comments: