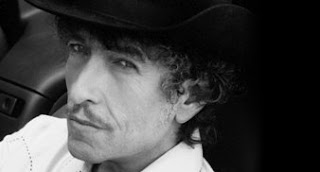 Bob Dylan looks set to release an album of entirely new material in late April. Ten new tracks are expected for the record, which was reportedly recorded in California in October of last year.

The songs have been mixed and sequenced and playbacks are believed to have recently taken place in Sony’s European offices. An Autumn release date was originally suggested but it is understood this was brought forward to coincide with the final stages of Dylan’s upcoming European tour.

According to Dylan fansite Isis, Dylan was approached to write the soundtrack to forthcoming film ‘My Own Love’ song, starring Renee Zellweger and Forest Whitaker. Supposedly, when Dylan went into the studio he was so impressed with the results he decided to record his own album of new material. It is also believed that not all the musicians on the new release are from Dylan’s current touring band.

This rumor has been circulating for the last week or so. If this news is true, this will be the first album with new material released since the award winning Modern Times in 2006. Last year he released another in his bootleg series, Tell Tale Signs which Rolling Stone magazine named as the #2 Album of the Year. The bootleg series of albums are made up of previously recorded but unreleased material. In 2007 he released a compilation from his lexicon called Dylan, which reintroduced his music to a new generation.

This new album is said to have brand new material - which, if this true, is very exciting! Stay tuned for developments!
Posted by Unknown at 11:37 AM