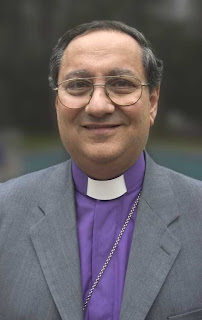 With hope and anticipation we went to Jamaica to participate in the ACC 14 meeting. The Anglican Covenant was the most important item in our agenda. Its importance arises from fact that it is the only hope left to keep the unity of the Anglican Communion. It was very encouraging seeing the Archbishop of Canterbury, many other participants, and our ecumenical partners supporting the Covenant wholeheartedly. All that was required from the ACC was to agree to send the whole text of the Covenant to the Provinces for discussion and adoption.

In his first presidential address Archbishop Rowan Williams appealed to the ACC members by these words: "Before we say goodbye to each other we owe it to the Lord of the church to make that effort to have those conversations and take each other seriously in the gospel. My hope is that this report[1] will help us to do this." It is worth mentioning that the report of the Windsor Continuation Group (WCG) has affirmed the importance of the Covenant, recommended the continuation of the moratoria, and the establishing of the pastoral form.

Unfortunately, the Episcopal Church in America (TEC) and a few other churches were strongly opposing the idea of the Covenant especially section 4[2]. Their excuse was that this section is new and has not been studied enough by the Provinces as the other sections have been. They have forgotten that this particular section of the Covenant is in fact the outcome of many deliberations and responses that came from dioceses as well as bishops who attended the Lambeth Conference in 2008. In addition to this, section 4 was already present in the commentary of the St. Andrews draft of the Covenant that was sent to the provinces after the Lambeth Conference. I personally believe that we will never have a perfect Covenant that could be accepted by all, even if we spend another 10 years working in it. TEC also described section 4 as "punitive." In response to this, it was clarified that the Covenant gives guidance to the Provinces which are responsible for making their own decisions. The Covenant also does not require any changes in the constitutions of the Provinces. In addition to this, section 4 allows Provinces to make amendments to the Covenant after it is accepted. In fact, it is because that section 4 is not strong enough many conservatives described the Covenant as very weak and useless.

My own impression is that the fear behind accepting the text of the Covenant, especially section 4, originates from the desire to avoid anything binding which would affirm the interdependence of the Anglican churches. Denying the interdependence of churches is contrary to the very meaning of the word "Communion." For this reason without this section, the "Covenant" would not be a Covenant and the word "Communion" would lose its meaning.

Sadly, the way many things were planned for the ACC 14 meetings helped to undermine the Covenant supporting voices. These were voices from provinces which are happy, for the sake of the unity of the Anglican Communion, to accept the Ridley Covenant draft. The carefully chosen resolution committee, which was responsible for drafting all resolutions, was composed of five members three of them are from three provinces (TEC, Scotland, and NZ) which strongly oppose the Covenant. The other two members are from the United Church of South India (CSI) and Ghana. CSI made it clear that they will not be able to adopt an Anglican Covenant because they are a union of different churches. 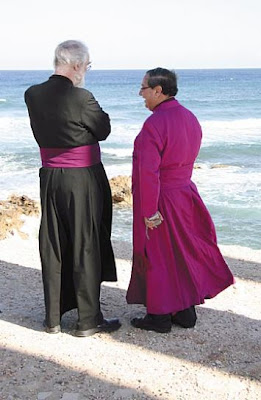 The discussion of the Covenant was done in discernment groups of 20 each. The advantage of this arrangement was that it gave every member the opportunity to share his/her views. However, the disadvantage was that each group did not know the views of the other groups. The outcome of the group discussions would go directly to the resolution committee by the member of this committee in each group. We were able, through private investigations, to know that most of the groups except one were supportive of the Covenant as a whole. Sadly, this majority support of the Covenant was not reflected in the resolutions that were presented to us by the resolution committee. In fact, the first resolution that was put in front of us (resolution A) suggested the detachment of section 4 from the Covenant. Many have spoken against this resolution including the Archbishop of Canterbury.

This resolution A was defeated by the majority. However, it was a shock for us when it was decided to bring two clauses from this defeated resolution as amendments to resolution B. Many of our African and Asian brothers and sisters were confused by this especially after they rejoiced when resolution A was rejected. Then I objected and requested a legal advice in this matter but the chairman decided not to deal with my request[3].

As a result of this manipulative process, the sending of the Covenant text to the provinces was deferred with the hope of playing further games. The postponement of the Covenant was perceived by some, especially TEC, as a great victory. This was clear from their press reports. Those who think that they won the victory are in fact the losers of a great opportunity and hope for healing of our wounded Communion.

In March 2007 the standing committee of TEC rejected the Pastoral Scheme[4], which was suggested by the primates meeting in Dar Es Salam, and claimed that it is against her polity. Immediately after this rejection several consecrations of new American bishops took place by African Primates and several dioceses decided to leave TEC. The postponement of the Covenant may produce similar serious consequences.

The Clear Stand of the Archbishop Rowan:

I know that some of my colleagues try to blame the Archbishop of Canterbury for the delay of the Covenant. In response to this, I want to say that I was amazed by the strong and clear stand of Archbishop Rowan in support of the whole Covenant with section 4 included. He says:

"The AC [Anglican Communion] suffers from a lack of clarity of what kind of fellowship it's meant to be. So long as we have that unclarity we will be unclear about what we really mean by church. The AC has never called itself a church. Yet as a world wide communion, it has claimed for itself that it is precisely more than just an assembly of local churches. It has tried go behave in a church like way. Do we want to be a communion behaving in a church like way with some sacraments, ministry, and doctrine, with some clarity ...or do we want to operate in a way where Anglicanism is a far more dispersed family ...where we no longer act like a unit in the Anglican world? I am not persuaded by that case but it's there. It is possible to think about an Anglican future where churches exist in a vague global cluster with no organs for acting together. That is a very significant step away from what we have regular assumed about the communion. I maintain that something more "covenantal" is needed."

It is because of his strong conviction; Archbishop Rowan stood several times to support the Covenant and the unity of the Anglican Communion.

In his last Presidential address, Archbishop Rowan said "....I would want to say with great emphasis, don't please put off discussion of the Covenant simply because of that detail we are finalizing. The texts are out there. Please pray them through and talk them through, starting now". "But meanwhile the texts are on the table. Talk about them. Begin the discernment. Begin that intelligent engagement with those texts as soon as you can".

Turning the Despair into Joy:

In view of all this, I am now convinced that we have a great opportunity to turn around the whole situation. We can do this if we, as dioceses and Provinces, started to discuss, make comments and adopt the Covenant without any further delay. Those who will sign the Covenant will form a strong covenantal fellowship. Such fellowship will not, in any way, introduce changes in the present structures of the Anglican Communion, rather it will encourages churches to deepen their communion with each other so that they would be able to advance the mission of the Gospel and the Kingdom of God without the distraction of the current crisis . This will bring real hope and true unity to our beloved Communion.

Dr. Anis illustrates that the pro-Covenant Provinces are caught between the Devil and the Deep Blue Sea. If they just wait for the ACC and the man at Lambeth to solve the problem, there may be no positive resolution and the game may go on indefinitely. On the other hand, if the supporters of the Covenant vote with their feet, isn't it likely that Lambeth will have some loyal supporters in each Province and we could face the erection of duplicate Provinces or Lambeth-Loyal Provinces around the Globe? Just as we are seeing here in the U.S. with TEC creating/re-creating the dioceses that have left or might leave? In the meantime, while Rowan fiddles, the Communion is in flames. At the same time I am seeing some rather rough tactics being employed by some within the ACNA camp to silence all internal discussion and accuse those who have legitimate questions regarding the future of being, themselves dissenters. It seems that when you are dealing with an hierarchy which has been educated in the ways of TEC that the apple doesn't fall very far from the tree.

Anonymous,
I wish I were at liberty to discuss cases involving friends, but I'm not. However, look around yourself and see how much critical discussion is going on regarding the ACNA; not very much. That's no accident.

I would have characterized the ACC decision as "ACC approves 3 sections of the Anglican Covenant and requests revision of the 4th." Like marriage, the adopting of an Anglican Covenant is not to be agreed to hastily.

There has been talk of ACNA being a replacement province. I would take it one step further to suggest GAFCON as a replacement Communion. I'm tired of muddled thinking and dithering.
There, I've said it.

"I'm tired of muddled thinking and dithering. There, I've said it."

What a lot of us are thinking, but most leadership just isn't hearing.