BREAKING NEWS: St. James Church's legal battle over it's property moves to the U.S. Supreme Court; Writ of Certiorari to be filed this month 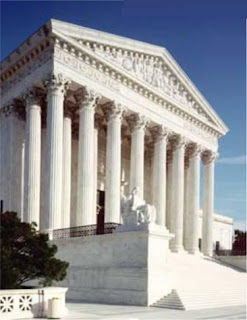 NEWPORT BEACH, Calif. – May 5, 2009 – St. James Anglican Church, at the centerpiece of a nationally publicized church property dispute with the Episcopal Church, announced today that it will file a petition for writ of certiorari with the United States Supreme Court to resolve an important issue of religious freedom: Does the United States Constitution, which both prohibits the establishment of religion and protects the free exercise of religion, allow certain religious denominations to disregard the normal rules of property ownership that apply to everyone else?

Under longstanding law, no one can unilaterally impose a trust over someone else’s property without their permission. Yet, in the St. James case before the California Supreme Court, named Episcopal Church Cases, the Court created a special perquisite for certain churches claiming to be “hierarchical,” with a “superior religious body,” which may allow them to unilaterally appropriate for themselves property purchased and maintained by spiritually affiliated but separately incorporated local churches. St. James will argue before the U.S. Supreme Court that this preferential treatment for certain kinds of religion violates the U.S. Constitution.

The constitutional issues St. James will raise before the U.S. Supreme Court go far beyond St. James or even the Episcopal Church. Every local church, temple, synagogue, parish, spiritual center, congregation or religious group which owns its property, and has some affiliation with a larger religious group, is possibly at risk of losing its property upon a change of religious affiliation. As a result, religious freedom is suppressed, as those who have sacrificed to build their local religious communities are now at risk of having their properties taken based on some past, current or future spiritual affiliation. A United States Supreme Court decision in favor of St. James would benefit local churches and religious groups throughout the country because it would allow congregations the ability to freely exercise their religion without having to forfeit their property to a larger religious body or denomination with which they are affiliated in the event of a dispute over religious doctrine.

While petitions for review with the U.S. Supreme Court are never assured, there are compelling arguments for the Justices to grant this petition, including: 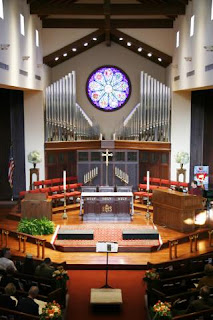 The people of St. James Church have owned and sacrificed to build their church property for many decades, and during that time they have never agreed to relinquish their property to the Episcopal Church upon a change of religious affiliation. St. James has consistently maintained that it has the right to use and possess its own property.

John Eastman, a nationally recognized constitutional law scholar, has joined the legal team to pursue the appeal to the U.S. Supreme Court. A response from the Court regarding the St. James petition can be expected as early as October 2009. A decision could be reached as early as mid-2010.

Even as St. James prepares for a bid on the Supreme Court calendar, the church’s legal battle has returned to the Orange County Superior Court. “While we are surprised that the California Supreme Court would prefer certain religions over others when it comes to property ownership, the battle in this case is far from over,” said Eric C. Sohlgren, lead attorney and spokesperson for St. James. “The case has already returned to the Orange County Superior Court. Because St. James had an early victory in 2005 by legally attacking the Episcopal allegations, we now look forward to presenting evidence and additional legal arguments on behalf of St. James. For example, St. James has brought a complaint against the Episcopal Diocese of Los Angeles based on a 1991 written promise that it would not claim a trust over the property of St. James on 32nd Street in Newport Beach.”

I'd like to suggest that the Anglican Curmudgeon, otherwise known as A.S. Haley, join the legal team for St. James.

Also, I'm glad that St. James has decided to fight this all the way to the United States Supreme Court. Yes!

Until and unless SCOTUS decides to review the case, it has not in fact moved there. It is only another bit of expensive legal motion. Most of these are in fact not taken by the SCOTUS. My heart is with them, but let's not get carried away.