Episcopal Bishops request investigation into the publishing of private correspondence 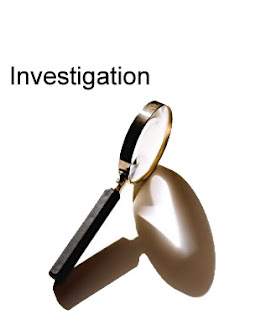 Bishops associated with the Anglican Communion Institute (ACI) have asked the bishops of Los Angeles and Delaware to look in to the conduct of the Rev Susan Russell and the Rev Canon Mark Harris for having surreptitiously obtained and then posting on their blogs the text of private correspondence exchanged among the ACI and its attorney.

A request has also been made to Bishop John Chane of Washington to review the actions of one of his staffers in the anti-ACI campaign. The dispute centres around e-mails published by Canon Harris and Ms Russell though written and exchanged by the ACI leadership on the crafting of a position paper entitled the "Bishops’ Statement on the Polity of the Episcopal Church", released last month by the ACI and subsequently endorsed by 14 bishops.

Priests "publishing the private e-mails of bishops is a matter of grave pastoral disorder," ACI member the Very Rev Philip Turner, former Dean of the Berkeley Divinity School, at Yale charged. However, writing on the Integrity blog website, Ms Russell applauded the "outing" of the ACI, saying the Bishops’ Statement was an "unprecedented power grab by anti-gay bishops" that should be made known to the wider church.

The ACI case will likely test the free speech limits of clergy blogs and amateur church news gathering. The explosive growth of the internet, which has seen many clergy turn to blogging in recent years, has not been matched with a code of conduct that draws the line between libel, copyright theft, defamation and aggressive reporting with a priest’s obligation to engage in moral and civil conduct.

A distinguished group of theologians and lawyers within the Episcopal Church, the ACI is on the centre-right of the church’s ecclesiological spectrum, opposing the secession of the dioceses to their political right, but also opposing as "uncanonical" the methods used by Presiding Bishop Katharine Jefferts Schori to their left to fight the breakaway groups.

Over the past year the ACI has published several papers and legal commentaries criticizing the presiding bishop’s claims to metropolitan authority over the bishops and dioceses of the Episcopal Church, and late last year began work on a paper restating the church’s traditional teachings on ecclesiology and church order. On April 18 and 19, a draft of the Bishops’ Statement and 13 emails went astray, passing into the hands of liberal activists who published extracts on April 21. Under US Federal and State law, the Bishops’ Statement and the emails are subject to copyright protection.

The publication of the e-mails produced a firestorm of controversy from the Episcopal Church’s left. The Chicago Consultation, along with several other progressive groups, condemned the Bishops’ Statement saying the paper’s conclusions abandoned the "historical polity of the Episcopal Church and provide support to lawsuits that drain the church’s resources for mission and spirit for ministry."

"All the writers of these e-mails are men, but there is one female bishop signed on as a Communion Partner. That would be, to the surprise of no one, Bishop Geralyn Wolf of Rhode Island, also known to many in the Anglican Communion as an honorary man," Mrs Sherrod wrote on April 22.

The ACI’s initial response to the publication of the e-mails was that there was a "mole" within the group. However an investigation carried out by a private investigator on behalf of the ACI, which has been seen by The Church of England Newspaper, details a chain of events that began with an accident, but was soon consciously exploited by liberal activists.

The investigator’s report concluded the e-mails made their way outside the closed ACI circle when one individual mistyped the e-mail of the Bishop of Western Louisiana, the Rt Rev D Bruce MacPherson. Rather than typing DBM3WL@ followed by the name of the internet service provider or ISP, DMBE@ with the same ISP was inadvertently added to the "cc" line of the email. At least 12 more e-mails over the next two days were sent to DBME, an address belong to a Honolulu physician and gay activist named Dr David B McEwan. Requests for comments or clarification sent to Dr McEwan’s email address by the investigator and CEN were not answered. However, the investigator’s e-mails to the DBME account were forwarded to the e-mail address of a Hawaiian union organizer who is also active in pro-gay causes. The tracked e-mails were then forwarded and read on blackberry device linked to an IP address maintained by the Episcopal Diocese of Washington.

Writing on her blog "An Inch at a Time," Ms Russell reported that she received an unsolicited e-mail with a copy of Bishops’ Statement attached on the evening of April 18. An introductory note was appended, Ms Russell said, with the statement stating "For reasons I will never know (perhaps providential – most likely it is that my initials are the similar as his and thus someone typed in an incorrect e-mail) this morning I received in my e-mail box communication from Bishop D Bruce MacPherson and a group of his supporters about new documents that are in their final phase of planning that they plan to release soon."

Questioned by the CEN as to whether she received the e-mail directly from Dr McEwan’s email address, Ms Russell responded that she had received it from a third party. She added that she "agreed wholeheartedly that [the ACI] should be "outed" and applauded those who did."

Canon Harris, who was the first to post extracts from the e-mails on April 21, followed on the 22nd by Ms Russell and the Washington Blade — a gay interest newspaper — also declined to state when or how he received the e-mails.

However, Canon Harris posted only snippets from the intercepted e-mails and the Bishops’ Statement with commentary, while Ms Russell and the Blade published substantially all of the errant e-mails. Last week the Bishop of Central Florida, the Rt Rev John W Howe wrote to the Bishop of Los Angeles asking him to look into Ms Russell’s publication of the private documents on the website of her church, All Saints in Pasadena.

A spokesman for the ACI told CEN that letters are also being sent on behalf of the three bishops whose correspondence was intercepted and published, Bishop Howe, Bishop MacPherson and Bishop Mark Lawrence of South Carolina to Los Angeles and Delaware asking those bishops to review their clergy’s actions, while the Diocese of Washington was asked to account for its role in the affair.

No criminal or civil charges are likely to be filed in the wake of the incident, the spokesman noted. However, the ACI had been the subject of a "dirty tricks" campaign, the Rev Prof Christopher Seitz, and it was important to learn who and how high up in the church were those involved, as Canon Harris received the e-mails while he was attending a meeting of the Episcopal Church’s Executive Council.

Dean Turner added that it was a "sad statement about the nature of our time when private and privileged e-mail correspondence of Bishops of the church, who are in fact seeking to underscore the place of The Episcopal Church in the Anglican Communion, is sent to a secular publication for dissemination and discussion, published by an Episcopal priest, selected and rearranged and all this justified by the claim that the people in question have been ‘outed’ and shown to be lovers of darkness."

It was important to bring this matter "before the light of God," he said.

Read it all here. The original story here at the Cafe is here.
Posted by Unknown at 9:59 PM

I found the following to be quite interesting:

"(The ACI)...late last year began work on a paper restating the church’s traditional teachings on ecclesiology and church order."

One cannot help but wonder why those who have chosen to abandon the Church's traditional teachings on human sexuality will have any reason whatsoever to care about what anyone has to say about ecclesiology and church order?

Calling Geri Wolf an honorary man. They really are nasty, aren't they?
Hey BB, I remember such nastiness by your aforementioned slanderer of Bishop Wolf at GC 1994, leading the charge against darling Bishop Keith and the others. Remember?
Those were the days. Bishop Kissy-face and his partner saying their romantic goodbyes outside the HOB. Bishop Gym Shorts...remember him?