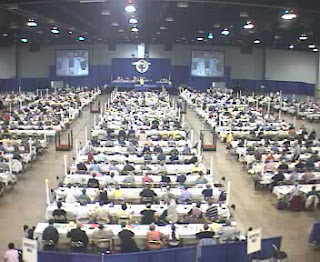 I totally agree with Bishop Lee on this one, though I'm puzzled. If power is indeed "dispersed among lay people, bishops" then how can it be hierarchical? The dictionary defines hierarchy as "a ruling body of clergy organized into orders or ranks each subordinate to the one above it," but here Bishop Lee says that the power is dispersed - and includes the laity.

Indeed another bishop on the HoB/HoD list this evening observed that the Presiding Bishop may not visit in his diocese in an any kind of official capacity, or do any kind of sacramental ministry without the invitation and permission of the diocesan bishop. That is indeed a fact.

I do agree on another point with Bishop Lee here as well - he is right to point out that there are "churches of the Anglican Communion where the bishops or archbishops have unlimited power." Bishop Lee had no authority to even control local Vestries (he gave it a try during Annual Council last year but an interesting coalition of the progressives and the orthodox remnant resisted changes to the canons to give him that authority). He is not permitted to assess congregations - something very different than in other dioceses in The Episcopal Church but one significant ingredient that in fact encouraged the diocese to grow by empowering the local parish to do ministry that often dioceses and bishops often assume for themselves. By empowering the local parish, the diocese became the largest diocese in the Episcopal Church until the vote of separation in 2006.

Bishop Lee mentions other issues as well - and even for those of us currently in exile it bodes us well to hear and take serious what he has to say. 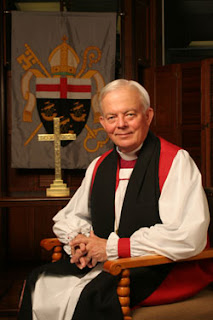 Issues before this General Convention, besides various revisions to the canons, will include consideration of the budget of the general Church for the next triennium during a period of likely economic recession, consideration of a church-wide health insurance plan; discussion of how the Episcopal Church as a whole will talk about the proposed Anglican Covenant that is under consideration by the worldwide communion; and our relationships with the churches of the worldwide communion. Our presiding bishop, the Most Rev. Katharine Jefferts Schori, has discouraged any attempt to reach any conclusive action on the Anglican Covenant at this General Convention since the actual wording of the covenant has not yet been adopted by the Anglican Consultative Council, which meets in Jamaica in May and the Presiding Bishop wants widespread discussion in the Church before definitive action is taken. So definitive action is not likely to occur before the General Convention of 2012.

In my judgment, General Convention can be at times inefficient and has elements of unfairness. The Diocese of Virginia is the largest diocese of the Episcopal Church but we have the same number of voting deputies as the smallest dioceses in the church. The time commitment required by Convention can also be a strain on Convention participants. The laity who can take off ten days in the middle of the summer to attend the convention are generally those who have some professional involvement with the church, are retired, or have independent means. The Church of England, by contrast, has its General Synod which meets for two or three days twice a year. The prospect of General Convention meeting even annually presents its own set of obstacles, but its present structure is unwieldy and needs attention.

I ask you to keep the General Convention in your prayers that it may be faithful to the gospel we have received and may strengthen the church we love. 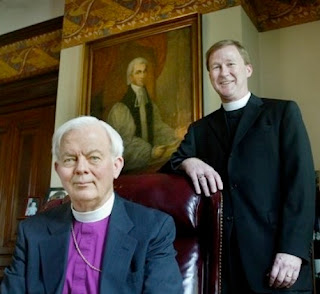 It is possible that we could see the House of Bishops and the House of Deputies showing pointedly different visions for the way ahead at this time. The deputies might well be more “activist” while the bishops could be more moderating. As a result, one House may contradict the vote of the other on a couple of occasions.

What I’ve tried to show in sharing memories of my past three Conventions is not only that the General Convention is complicated in its processes, issues and accompanying emotions but also it is always very much a “mixed bag.” It is messy. There are ups and downs all along the way. Some things unite while other matters divide. A single outcome will be inspiring to some but anathema to others. And, I do have several questions about the Convention itself: Is the Convention now simply too big to do its work in a substantive way? Has it become something it was never intended to be? Is such a meeting a proper forum for complex theological questions?