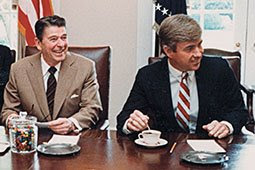 Jack Kemp has died after a battle with cancer, it is being reported. Jack Kemp was the quarterback in the Reagan Revolution - he broke the mold of what a Republican was and I'm not sure if he'd fit in today either. When I was a journalism intern in DC during my senior year in college, I remember listening to pep-talks from him and Newt up on the Hill, rallying the young troops to the Cause. 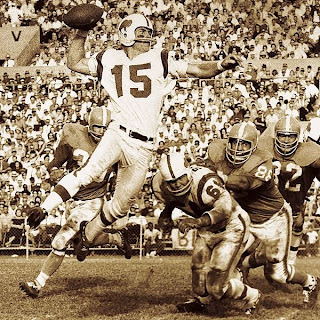 Wiki says, "As an economic conservative, Kemp advocated low taxes and supply-side policies. His positions spanned the social spectrum, ranging from his conservative opposition to abortion to his more libertarian stances advocating immigration reform. As a proponent of both Chicago school and supply-side economics, he is notable as the molder of the Reagan agenda and the architect of the Economic Recovery Tax Act of 1981, which is known as the Kemp–Roth tax cut."

I haven't seen much of him in many years, though I guess he's kept busy in the backrooms of the political establishment - his days of pep talks on the Hill long gone. He used to call himself a bleeding-heart conservative, but ah, we were so much older then, we're younger than that now.
Posted by Unknown at 10:55 PM