Breaking News: Archbishop warns that the Anglican Communion is close to breaking up 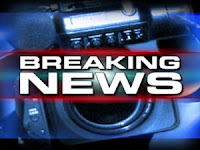 This has been a recurrent question in many people’s minds. We have the Lambeth Quadrilateral and the bonds of affection, it has been said - isn’t this enough? In some ways, I wish it was. But if it was enough, we wouldn’t be where we are today.

One thing I have to say to you in all seriousness, the Communion is close to the point of breaking up.

If we can’t state clearly and simply what holds us together, and speak clearly at this meeting, then I fear that there will be clear breaks in the Communion in the period following this meeting. Many of our Churches are asking to know where they stand - what can be relied on as central to the Anglican Communion; and how can disputes be settled without the wrangle and confusion that we have seen for the last seven years or more.

The Covenant tries to provide a picture of what holds us together as a relational document - it describes what holds us together, and what we must do to keep that fellowship alive. It stresses the bonds of affection, and avoids talking in juridical categories like “discipline”, “adjudication” and “autonomy”. There are elements of such things - as there are at every other level of the Church’s life of course - but we have tried to keep them to a minimum.

It is because we are Christians, sharing in the same Covenant at Baptism that we are in a sense already living in committed relationship with each other. What the Covenant tries to do is to express clearly and simply in response to the times what that relationship is, and to state explicitly that we are committed to it.