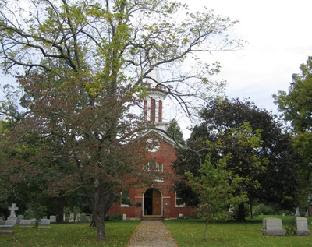 Eleven congregations in Virginia that broke away from the Episcopal Church have won an initial round in their court fight to retain church property.

But the final decision remains months away. And the outcome of the lawsuit could be affected by the Episcopal Church’s constitutional challenge of Virginia law that deals with the dispensation of church properties after a split.

Like several dozen others around the country, the 11 Virginia congregations broke with the Episcopal Church over issues of Biblical interpretation and the 2003 ordination of an openly gay man, V. Gene Robinson, as bishop of New Hampshire.

The dispute has already led the majority of parishes in the Diocese of San Joaquin in California to vote to leave the church, and it threatens to rupture the 77-million-member worldwide Anglican Communion, of which the Episcopal Church is the American arm.

In a ruling issued Thursday night, Judge Randy I. Bellows of Fairfax County Circuit Court found that the 11 congregations could pursue their case under a Virginia law that determined the division of church property in the case of a split.

Judge Bellows did not decide who would be awarded the property, which will be argued in October. But he affirmed the congregations’ position that a division did occur and that they were now part of another branch of the Anglican Communion.

“We are pleased with this initial victory today,” said Jim Oakes, vice chairman of the Anglican District of Virginia, which includes the 11 congregations. “We have maintained all along that the Episcopal Church and Diocese of Virginia had no legal right to our property because the Virginia Division Statute says that the majority of the church is entitled to its property when there is a division within the denomination.”

Read the rest here.
Posted by Unknown at 1:05 PM

Amazing, the NYT tells the story with little or no editorializing and gets the facts essentially correct.

One Attaboy for the Times...