Judge Rules in Favor of the Virginia Churches: A Division has Occurred; Statute Applies 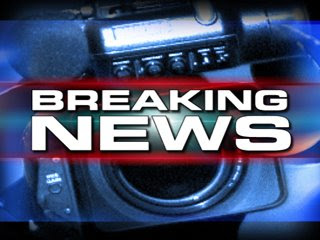 Here is a brief summary of the conclusions from the Letter Order:

A. As used in 57-9(A), the term "church" or "religious
society" does apply to the Diocese, the ECUSA, and the
Anglican Communion.

B. As used in 57-9(A), the term "attached" applies to the
CANA Congregations, in that they are "attached" to the
Diocese, the ECUSA, and the Anglican
Communion.

D. As used in 57-9(A), a "division" has occurred in a
church or religious society to which the CANA
Congregations were attached, at all three levels of the
Diocese, the ECUSA, and the Anglican
Communion.

VI.) Conclusion:
ECUSA/Diocese argue that the historical evidence demonstrates that it is only the "major" or "great" divisions within 19th-century churches that prompted the passage of 57-9, such as those within the Presbyterian and Methodist Churches. ECUSA/Diocese argue that the current "dispute" before this Court is not such a "great" division, and, therefore, this is yet another reason why 57-9(A) should not apply. The Court agrees that it was major divisions such as those within the Methodist and Presbyterian churches that prompted the passage of 57-9. However, it blinks at reality to characterize the ongoing division within the Diocese, ECUSA, and the Anglican Communion as anything but a division of the first magnitude, especially given the involvement of numerous churches in states across the country, the participation of hundreds of church leaders, both lay and pastoral, who have found themselves "taking sides" against their brethren, the determination by thousands of church members in Virginia and elsewhere to "walk apart" in the language of the Church, the creation of new and substantial religious entities, such as CANA, with their own structures and disciplines, the rapidity with which the ECUSA's problems became that of the Anglican Communion, and the consequent impact-in some cases the extraordinary impact-on its provinces around the world, and, perhaps most importantly, the creation of a level of distress among many church members so profound and wrenching as to lead them to cast votes in an attempt to disaffiliate from a church which has been their home and heritage throughout their lives, and often back for generations.
Whatever may be the precise threshold for a dispute to constitute a division under 57-9(A), what occurred here qualifies.

For the foregoing reasons, this Court finds that the CANA Congregations have properly invoked 57-9(A). Further proceedings will take place in accordance with the Order issued today.

Thank God and may TEC see the wisdom of dropping this now.

Great news bb! Was praying for you southerners :-)

He is always faithful.

May God bless and keep you always...

Unconstitutional. The courts have no business ruling on religious matters due to the first ammendment. This will be overturned on appeal.

TEC brought it to the Court against the wishes and request of the ABC, Primates and other churches of the Communion. TEC's conduct is a scandal to Christendom.

Those who live by the sword etc.

I'm almost teary eyed. Was out early this a.m. walking the dog and praying intently - so glad to hear this result! May God be with you in the coming rulings as well.

Most of all, may He be with you in fruitful ministry, cleared of many choking weeds.

The LORD be Praised today; He has moved Heaven and Earth for His Saints!

Very very happy for you folks in VA.

This is a decades-long process of course, and just the first round over the coming years. But it's nice to see.

Anon #1, you can be assured that Virginia's attorney general will vigorously defend the constitutionality of 57-9(A).
Br_er Rabbit

Way Cool. Hallelujah!
Wish I was there at Truro this weekend to celebrate, but you're all in my heart!

If the courts are to stay out of it completely, then how would TEC gain control or title to TFC or Truro, Anon #1? Physical assault on the building?

Are you saying an organization should be allowed to trample on one's rights merely because it is *religious*?