A Statement from the Anglican Church of Nigeria: Urges Diocese of Virginia and TEC to respect the court's ruling and accept outstretched hand of peace 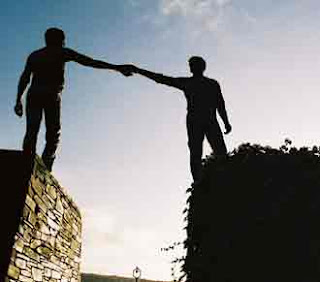 The Virginia court handling the legal tussle between The Episcopal Church (TEC) and the Convocation of Anglicans in North America (CANA) District of
Virginia in a more than 80 page opinion allowed the faithful brethren to continue to use the buildings erected for bible believing Christians. They had been sued to vacate the buildings when they chose to affiliate with Nigeria as a means of continuing to remain Anglicans.

As expected of true Christians, there was an outstretched hand in the press release by CANA in which Jim Oakes, vice-chairman of ADV said, "We urge our friends in the Diocese of Virginia and The Episcopal Church to respect the court's ruling and join with us to begin a process of healing. These are also the wishes of the worldwide Anglican Communion, as prolonging this process pitting Christian against Christian in court does nothing to save one soul, strengthen one family, or help one person in need. Let us choose healing over litigation and peaceful co-existence over lawsuits, and let us devote all our resources to serving Christ and helping others around the world."

TEC and the Diocese abruptly broke off settlement negotiations in January 2007 and filed lawsuits against the Virginia churches, their ministers and their vestries. The decision of TEC to redefine and reinterpret Scripture caused the 11 Anglican churches to sever their ties.

Barrister Abraham Yisa, Registrar of the Church of Nigeria and Chairman of the board of CANA expressed joy that the effort of the Nigerian Church to support the faithful in America has not been in vain. The legal officer who made several trips to the US because of the court case said the ruling should encourage many who are considering leaving Anglicanism due to the innovations of TEC to stay and claim the right to faithfully worship God. He hopes the ruling will help the TEC leadership rethink and retrace their steps so we can all be one big family again.

Further court hearings will continue in May 2008 except TEC accepts CANA's outstretched hand and resume settlement negotiations instead of committing huge legal fees to hold on to large buildings which they will not be able to effectively use and which may eventually be sold off to non-Christian organisations as is happening in some other dioceses.
Posted by Unknown at 9:53 PM