House Concerts: All this and music too! 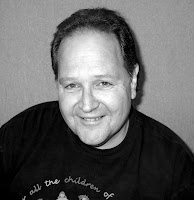 This past weekend I attended my first "House Concert" up in Maryland. Singer/Songwriter Steve Seskin was the featured artist, but there were also performances of local folks artists as well. Steve has written many songs, including the Grammy-nominated “Grown Men Don’t Cry,” recorded by Tim McGraw, and “Don’t Laugh at Me,” winner of NSAI Song of the Year and Music Row Magazine Song of the Year in 1999 as recorded by Mark Wills.

House Concerts are growing in number all across the United States, especially on the folk circuit. Some of them are gaining quite a lot of attention, recalling the coffeehouse circuit from decades ago. You can learn more about House Concerts here.

Folk enthusiasts open up their homes to the public and basically through e-mail lists, flyers, websites, and word of mouth, the concert is advertised, sometimes with hundreds of people showing up and sometimes for smaller more intimate concerts. Who knew!

People come and for a suggested donation and the opportunity to purchase CDs and swap howdies and are welcomed to not only a great concert but the opportunity to meet other folk music enthusiasts as well. Usually there's a potluck, with guests bringing food and drinks to share, but at the House Concert I went to the hosts fixed a terrific dinner which we ate during the interval. The concert can take place anywhere in the house, from the living room, family room, basement, or anywhere else that the acoustics are good. It was an amazing and diverse group of people who came Saturday night and I had a great time!

Since my childhood friend, singer/songwriter Kathy Stanley was hosting this House Concert, I stayed for the weekend and was able to spend some time with Steve and Kathy, talking about music and the innovative ways folk and country artists in particular get their music out to the public. It was a great time of discussion and laughter and I found it all quite inspiring and fun.

Here's an example of a House Concert featuring Steve Seskin. There are two others as well available at YouTube. Just click here and enjoy. And pass the veggie salad.
Posted by Unknown at 9:59 PM