Too Unorthodox even for The Episcopal Church?

Barring a last minute change of heart by opponents, it appears certain that Episcopal Church leaders have rejected the consecration of a bishop-elect who denies traditional Christian teachings about sin, salvation, and Christ's atoning death at Calvary.

Evangelicals inside and outside the Episcopal Church say they would have been concerned if Kevin Thew Forrester had been given a ceremonial shepherd's staff and a sacred charge to "feed and tend the flock of Christ" in the Diocese of Northern Michigan, where he was elected on February 21. But few are seeing the rejection as a cause to celebrate.

According to church rules, elections of bishops must be confirmed by a majority of the church's House of Bishops (though not all members are allowed to vote) and a majority of its 111 diocesan governing boards, known as standing committees. While the results will not be official until mid-July, a majority of standing committees have voted to withhold consent, according to a survey by the Arkansas Democrat-Gazette. Unofficial surveys show the bishop-elect trailing badly among bishops as well.

Thew Forrester, who has rewritten the church's baptismal covenant, the Apostles' Creed, and the Book of Common Prayer's Easter Vigil liturgy to remove historic Christian doctrines, would be the first bishop-elect to be vetoed by denominational leaders since at least the 1930s, according to the church's Office of Communication.

The 2.3-million-member Episcopal Church has had bishops who have denied core Christian doctrines like the Trinity, the Virgin Birth, and the Resurrection of Jesus. But the most prominent bishops to make such claims (such as John Shelby Spong and James Pike) reportedly did not do so until after they had been made bishop.

Critics on the theological left and the right said Thew Forrester's abandonment of church doctrine and liturgy, as contained in the Book of Common Prayer, placed him too far outside the mainstream to serve as a bishop and a successor to the Apostles.

Thew Forrester's rejection of atonement theology and his claims that the crucifixion was not the will of God were particularly troubling to some Episcopalians. According to Thew Forrester, Christ's blood doesn't wash away sin and Christ's death doesn't redeem and restore humanity. Jesus doesn't make us one with God, but simply reveals to us that we're already and always one with God, the bishop-elect maintains.

Such doctrinal innovations were too much for some bishops.

But a Thew Forrester supporter, Wyoming Bishop Bruce Caldwell, said Thew Forrester's theology "stretches us, but not to the point of breaking."

The bishop-elect defended his liturgical and theological changes, saying they reflected the "continually evolving" Christian faith.

"What we've done is quite responsible and appropriate, and indeed the church needs to do it in order to stay relevant in the 21st century," he said. 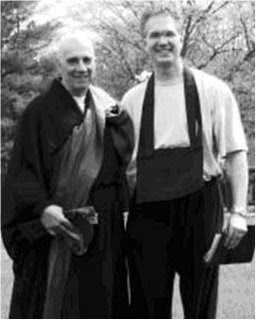 In addition to rejecting orthodox Christian teachings about the Cross, Thew Forrester denies that Satan exists, calls the Qur'an the Word of God, describes sin as being blind to our own goodness, and questions whether Jesus is truly the only begotten Son of God. A student of Zen Buddhism, Thew Forrester took Buddhist lay ordination vows and adopted a new Buddhist name—Genpo—meaning "way of universal wisdom."

In a message posted on his blog, Bishop of Bethlehem (Pennsylvania) Paul V. Marshall warned that the denomination's failure to uphold historic Christian teachings had made it an embarrassment.

"As a Church we are increasingly a laughing-stock … because we do not consistently proclaim a solid core, words as simple as 'all have sinned and come short of the glory of God,' yet 'God was in Christ, reconciling the world to himself,'" Marshall wrote.

Thew Forrester's theological and liturgical innovations are too extreme for a majority of the Episcopal Church, said Greg Griffith, founder of the conservative Anglican website StandFirmInFaith.com. But that doesn't mean that the Episcopal Church is ready to embrace the faith once delivered to the saints, he added.

"All the Episcopal Church has done is to say that someone who is clearly not a Christian may not be one of its bishops," Griffith said. "It may be history in the making, but it's hardly a grand or noble achievement, and certainly not a signal that the Episcopal Church is returning to orthodoxy."

"In any other church—evangelical, Catholic, Orthodox, Pentecostal—this person wouldn't get to go to seminary, let alone be able to lead" an entire regional body, said Kendall Harmon, canon theologian of the Episcopal Diocese of South Carolina. The fact that a diocese chose Thew Forrester and that nearly 30 standing committees have voted to confirm him is troubling, Harmon said.

Harmon and other theological conservatives also noted that the opposition to Thew Forrester is fragmented. A few oppose him because he was the only candidate for bishop on the ballot. Others say he should have gone before the proper channels before rewriting the Apostles' Creed and baptismal covenant. Only a minority oppose Thew Forrester because they believe the changes are contrary to Christian teaching, Harmon said.

"This is not something to celebrate. It's something to be sad about. It reveals a deeply, deeply unhealthy church," he said.

But Bill Carroll, rector at Episcopal Church of the Good Shepherd in Athens, Ohio, says the vote may be a turning point for his denomination. "I think history will remember this as the point when the Episcopal Church began to show some backbone about basic Christian doctrine," he wrote in a comments thread at EpiscopalCafe.com. "For too long, we have allowed our respect for difference to mean anything goes. There are boundaries."

Christian leaders outside the Episcopal Church said the church's handling of Thew Forrester has implications beyond the denomination.

"If a so-called bishop does not agree with the central elements of the Christian faith, then he should not call himself a Christian, let alone a bishop—nor should a church ordain him. He is an apostate from the Faith; and a church that ordains such a one is also apostate," said George O. Wood, general superintendent of the Assemblies of God.

"The difference between orthodoxy and heresy is of vital importance to every evangelical believer," he said. "We should feel grief and pain whenever we see a church that is involved in this kind of basic theological turmoil and where we hear the truth of the gospel denied, because it compromises the gospel witness of Christians around the world."