Is a line being drawn in shifting sands? 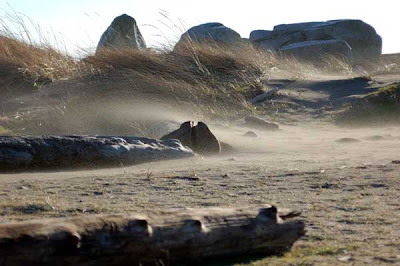 Last month I attended a meeting of Episcopal clergy. Most of us were middle-aged and elderly, longtime denizens of parish ministry. We spent some time talking about the Scriptures for that Sunday. Then I asked them what they thought of the Rev. Kevin G. Thew Forrester (got to be Episcopalian, with that name), a controversial bishop candidate in the Diocese of Northern Michigan.

Only one or two of them had ever heard of Forrester. When I told them that the main issue with him, and the one outraging many in the Episcopal blogosphere, was his interest in taking a red pen to many of the fundamentals of creedal Christianity, they seemed incredulous, as though a Martian space ship had landed in the parish hall.

Among the mainstream media, the Arkansas Democrat-Gazette’s Frank Lockwood is perhaps the journalist who has spent the most time investigating the Forrester nomination (see Mollie’s and Terry’s previous posts). Lockwood has written extensively about the Forrester affair, going so far as to poll Episcopal Standing Committees (the boards that oversee each dioceses) to see how they would vote.

What Lockwood has done so well is to illuminate something that gets lost in the uproar over defections from the Episcopal Church over ordination of gays and same-sex blessings, and its oft-stormy relationship with the rest of the Anglican Communion. Doctrinally speaking, the denomination is by no means monolithic.

It includes at least this many subsets. Doctrinal conservatives (though a shrinking number) who disapprove of gay ordination and often women’s ordination. Doctrinal conservatives who are OK with ordaining women but find ordaining gay’s a bridge too far. Some who consider themselves orthodox according to the creeds (and this one is probably hardest for conservatives to fathom) who approve of ordaining gays and allowing the blessing of same sex relationships. Liberals (which certainly includes some bishops) who think a little ferment is good for the church and don’t mind losing a few phrases of the Nicene Creed. Liberals who would like to rewrite the Creeds (which apparently includes Forrester). Then there is a group who are hard to pin down on creedal orthodoxy but can’t stand bad ecclesiastical process (Forrester was the only candidate on the ballot). And I know I’ve left some people out.

As Terry noted a few months ago, this is a doctrinal story that’s getting big play among conservatives (and from Lockwood’s editors, apparently), and relatively little attention from the rest of the mainstream press. Lockwood has a straightforward, just-the-facts story about the candidate’s rejection by the majority of diocesan Standing Committees (diocesan oversight boards). He sums up the charges many critics make against Forrester:

Critics said Thew Forrester altered the denomination’s baptismal covenant to make it more closely reflect his own personal theological views. He likewise rewrote the church’s Easter Vigil and reworked the Apostles’ Creed. Critics said the changes removed or obscured key Christian teachings about the atoning work of Jesus Christ on the cross, the problem of sin, the will of God and the identity of Jesus as the eternally divine and only-begotten Son of God.

Thew Forrester said the changes were needed to keep the church relevant in the 21st century and that they reflected popular Christian beliefs that predated the Middle Ages.

Then he adds that Forrester’s supporters assert that his beliefs were “sufficiently mainstream” (sufficient for who?). Lockwood continues by making a critical point, one that I wish he’d explored at greater length here. “Opposition to Thew Forrester cut across left-right theological and political divides, uniting people with different views on gay ordination and other hot button issues.” These include standing committees in the Bible Belt and Los Angeles, New York and Hawaii, said Lockwood. For a more lengthy exploration of Forrester’s theology and a critique by Anglican theologian J.I. Packer, turn to a recent Forrester story by the same writer posted on Arkansas Online. A few paragraphs from that story illuminate how great the gulf within the denomination can be.

The bishop of West Texas, the right Rev. Gary Lillibridge, says Thew Forrester’s liturgies “omit or obscure what are, for us, nonnegotiable Christian beliefs.”

A letter, written by Lillibridge and his diocesan standing committee, expresses sympathy for the plight of the Northern Michigan diocese. “But we have a larger responsibility to the whole Church, and we are convinced that his consecration would further weaken the Episcopal Church’s unity and mission.”

But Frank Guthrie, president of the Standing Committee of the Diocese of Indianapolis, said he’s hesitant, as a lay person, to challenge Thew Forrester’s theology or to second-guess the people of Northern Michigan.

Another Lockwood article on the same topic, this one written for Christianity Today, will be of particular interest to conservative audiences. It includes more quotes from conservatives both within and outside the denomination. These voices include South Carolina Episcopal theologian Kendall Harmon, the general superintendent of the Assemblies of God, George O. Wood and Southern Baptist Theological Seminary head Albert Mohler. I find Harmon’s argument that most of the internal opposition is driven mostly by process interesting, although I’m not sure that I agree. 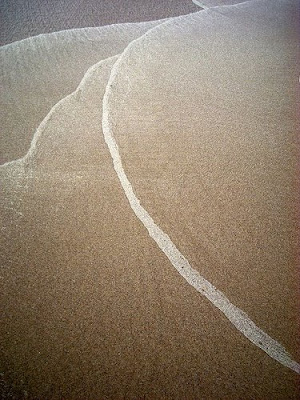 The sands do seem to be shifting. We could see analysis such as this one and others like Anglican Centrist as illustrations that the Episcopal Church is fragmenting. It takes authoritarian movements to keep such an organization from fragmentation, but the cost is severe and since TEC is a volunteer-based organization and authoritarian-style decision-making will succeed in keeping new members out while those unwilling to play by the authoritarian rules will flee one way or the other.

But the heart of the issues - which are in fact about identity - remain fragmented. The problem is not solved and now it appears it's no longer even contained.

If General Convention moves further to fragment an all ready fragmenting church, it's difficult to know how many Episcopal Churches we'll end up with in the end. Four dioceses are all ready missing (with puppet dioceses put in their place extra-canonically by the Presiding Bishop's litigation team) and the lackadaisical acknowledgement on the presence of the Archbishop of Canterbury at the upcoming General Convention reveals an indifference on the part of the current leadership causes even the socially liberal orthodox to break ranks with the free thinkers and veteran street fighters of General Convention. It will be interesting to see how the Episcopal Free Thinkers and the Consultation street fighters appeal to get them to remain in line. The process and election of a Buddhist-inclined bishop seems to have been a bridge too far, a line in the shifting sand that a good many will not cross when social politics are not used as a weapon. The heart of the great dividing issue is exposed. It is about identity and the decisions taken by the Episcopal Church continue to separate it not only from its own members by from the wider Christian community. Bishop Frade's recent ill-advised media explosion is only the tip of the iceberg.

Is this all an aberration or just the latest in a series of events, the only difference now is that the world is watching.

I'm afraid that it's not just TEC. Ultimately we will see this fragmentation across the entire Anglican Communion. When people believe that they can decide what the Holy Spirit says, what the Scriptures mean without looking to what the Apostles taught and what the Church has always believed, of course they will go where ever their own spirit leads them.

I foresee the day when Canterbury no longer has meaning to many churches in the US that just 5 years ago saw that as the "Mother church."

I believe that schism is always wrong, but, sadly, sometimes it is the lesser of two evils. When the church one attends does not teach what The Church has always taught, it is time to depart.

And this is the primary reason I found my way to Orthodoxy - or rather, God guided me there.

How many folks in TEC that know what is up are willing to go out and evangelize for TEC? Those like myself that have left remain bruised but are beginning to find a new sense of vision and mission. I sense that many of those who have stayed and are continuing to resist are becoming increasingly strident. I was afraid that the conservatives that stayed would become more liberal. I think what has happened is that the resisters have become more conservative but more rigid.