First Things: "Episcopalians are one thing, and Anglicans are another." 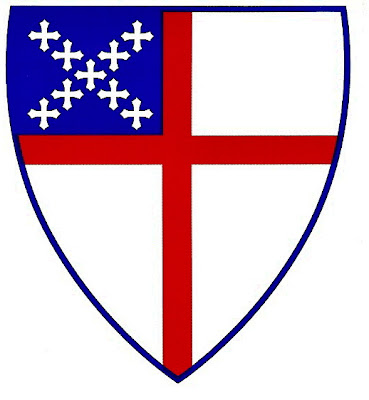 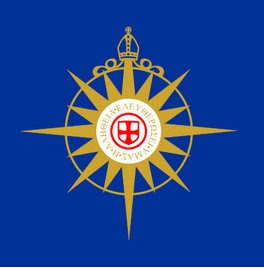 “Are you Anglican, or Episcopalian?”

As an Episcopalian interloper studying at a Methodist seminary, I get the question a lot from my puzzled friends. Each time I’m asked, part of me wants to launch into a mini-primer on Anglican ecclesiology - to wit, that Episcopalians are Anglicans, since the Episcopal church is just the American province of the global Anglican communion. Which means that, technically, the question shouldn’t even make sense - it’s sort of like asking, “Are you American, or Texan?”

But, of course, I know just what the question means - it does make sense, because it reflects the sad divisions that have roiled the church over the past five years. Quite simply and sensibly, my Methodist friends want to know whether I’m a member of the liberal Episcopal church, or one of the conservative Anglican groups that broke off. And as saddening as it is to admit, I’ve come to think that their common-sense perception is more accurate than my attempts at ecclesiological theory. Their question can only be asked, and answered, because of the reality on the ground in the United States: Episcopalians are one thing, and Anglicans are another.

Popular understanding is usually much wiser than theoretical wishful-thinking, and nowhere more so than here. The divisions in the church have led the American public to attach the meanings to the words Episcopalian and Anglican that they actually bear in their usage - namely, that to be an Episcopalian means to be a member of an pro-gay, autonomous American denomination, more liturgical than most churches but firmly within the theological orbit of liberal Protestantism. To be an Anglican, by contrast, means to be part of a conservative evangelical church with bishops, connected somehow with Africa and opposed to homosexuality. The definitions have by now become quite distinct and firmly fixed in the national lexicon - ask almost any church-going American what the words mean, and you will get an answer something like the above.

Some Episcopalians and Anglicans (myself included) strongly dislike these characterizations - to be genuinely Episcopalian, they believe, means to be in fellowship with the Anglican communion, and to be authentically Anglican is to be part of a global communion of catholic Christians united by creedal orthodoxy and a commitment to read Scripture, pray, and worship together in the historic Anglican tradition. But although this sounds wonderful in theory, it is simply not what has happened, by and large, in the American context. Because of what’s taken place over the past five years, Episcopalian is now understood to be a term set in opposition to Anglican, and Anglican refers not to a global catholic communion but rather to an American-African evangelical phenomenon.

Whether we think the words ought to bear these meanings is not the point - my point is that this is what the words actually do mean, in newspapers and conversations and pulpits across the country.

Take, for instance, the widely publicized formation just this month of a new conservative Anglican province - the so-called Anglican Church in North America, with Robert Duncan as its new archbishop and primate. By taking the name Anglican for themselves, the clear implication is that the Anglican Church of Canada and the Episcopal Church are not in fact authentically Anglican, since they need to be completely replaced. In this, they are only following the practice of previous breakaway groups, such as the Nigerian-based CANA (Convocation of Anglicans in North America) and the Rwandan-based AMiA (Anglican Mission in America). The commonplace notion that Anglican means "not Episcopalian" is no coincidence; this is precisely the conclusion that the average church-going American would reasonably draw from following the news.

Moreover, the vision of Anglicanism here in play clearly gives very little weight to catholic order and global communion. The new Anglican church was created, as it were, by fiat - Duncan’s forthcoming elevation as archbishop, and the new group’s status as an Anglican province, are thus far only self-declared realities. And although Duncan’s group and his supporters have asked for approval from the global Anglican instruments of communion, they have also made it clear that they do not consider such approval to be necessary. Duncan and his allies enjoy the support of five evangelical Anglican primates, mostly African and all associated with the confessional GAFCON movement. This is, forthrightly, all the approval that the new church supposes itself to need; apart from this, Duncan’s group considers itself authorized to go it on its own. If ordinary Americans are expected to suppose that Anglican means something other than a conservative evangelical movement with liturgy and bishops, it cannot be from reading the daily headlines.

Episcopalians, for their part, genuinely do see themselves first and foremost as an autonomous, liberal American denomination. Their election of Gene Robinson as the church’s first openly gay bishop, of course, along with their practice (in many dioceses) of liturgically blessing same-sex unions, has led to a great deal of turmoil. But despite being asked many times by the Anglican instruments of communion to reverse course for the sake of Anglican unity, Episcopalians show little sign of doing so. By and large, Episcopalians like Bishop Robinson; as one friend of mine remarked, the thing about Robinson isn’t that he’s theologically unique as an Episcopalian, it’s that he’s so typical. Most Episcopalians are very content with their church’s position on homosexuality, as well as with the church’s general doctrinal haziness; such things are not about to change anytime soon. Even though holding to such positions may well mean walking apart from other Anglicans, the majority of the church views this as an unfortunate but acceptable necessity. In short, it seems clear that for most Episcopalians, the core of their identity lies elsewhere than their status as Anglicans.

All in all, it is hard to avoid the conclusion that the commonplace definitions of Anglican and Episcopalian in the American public lexicon have their roots not simply in confusion or misunderstanding, but in what has actually happened on the ground. Many may view these realities as unfortunate, but that does not change the fact that they have indeed become realities. If these words are to change in their popular meaning, they will have to change also in fact. And to do so will mean fighting an uphill battle against the forces that have given them their current definitions.

The appropriate response to the question at the beginning of the article would be "yes." Unless TEC is excluded from the Anglican Communion and the remainder of the Communion holds together, what you will have is competing versions of Anglicanism, much as is the case with Lutheranism already. There are far too many Episcopalians that still consider themselves to be Anglican, and far too many folks calling themselves Anglican that have a tenuous connection to the tradition or term, for public perception to be left unchallenged. But it is an uphill battle, and largely one brought about by the failure of the Episcopal Church over many decades.

Better real Christianity than Anglican in name only.

Faux Anglican is foe of Christ.

Dunno. My main feeling after reading the article is "he doth protest too much."

This article is from last December, and the author put his great hope in the February primates' meeting and the ACC meeting. Any truthful appraisal of the latter debacle puts paid to that.

Also, why if it is of primary importance to have catholic order, is one not a Catholic? I have never gotten that. Or does catholic order mean more? Indeed, does it suggest that being in communion with most of the members of the global church, something which the Episcopal church has deliberately forsaken, might have some more importance than invitations to Lambeth? In other words, could it be that our global south brethren have a greater understanding of what catholic order actually is?

I am a person who would answer "Yes!" to that question.

I am an Episcopalian - a member of a Church whose leadership has fallen into heresy and denied many of the fundamentals of the Faith. I am also part of the World Wide Anglican Communion. My Bishop just participated in the consecration of a Bishop in Uganda.

Is TEC in error? Yes! Is it in trouble? Yes! Does it suffer from individualism and "you're not the boss of me!"? Yes! But the solution to those problems is not more individualism. It is more faithfulness and more prayer and more working to build up the Body of Christ.

I have come to accept that "Anglican" is not a restricted trade mark and am glad that there are Anglican congregations in the US where people who left ECUSA or would never have joined ECUSA can worship and grow in faith. I know this causes some confusion, but it does give all of us opportunities to explain who we are and how we understand what God is doing in our congregations and in our lives.

Before the War of Northern Aggression, a person identified him/herself by the state in which he/she resided. It was only after the war and the "federalization" of the states that people began to identify themselves otherwise. As for me, I'm a Texan and proud of it.

Larswife's comment comes within days of a conversation I had about the fragile nature of our union in the USA. At the end of the 18th century the fragile union was held together by compromise, bought largely at the expense of slaves. Over the next fifty years people usually spoke about "these" United States, preserving a strong sense of citizenship in one state or another. It was only after the war between the states and with the increased mobility of people that citizenship in the US became more significant than citizenship in a state. I am, however, a New Englander, even though I was born in NY and have lived in that state for more than 20 years. (Actually, I'm a citizen of Red Sox Nation and proud of it.) BTW, and not meant as a particular criticismof Texans, had the Mexicans won the war and retained control of that territory, slavery would have been illegal there.