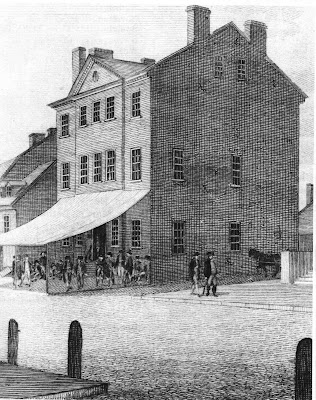 Bishop John Rodgers offers his take on the conversations now underway among the delegates and vestries and others in preparation for the first organizing assembly of the Anglican Church in North America in Ft. Worth later this month. Some of the conversations regarding the proposed ACNA Constitution and Canons are online (here and here) and many are offline in the vestries and assemblies of this new province, as it should be. While I may have some differences of opinion with Bishop John (my views are more in line with these comments from "Anxious Anglican" here at SF), I respect his desire that we move forward and not stagnate or lose momentum.

At the same time, I recognize that we need clarity.

Though there are deep convictions being expressed and articulated (there's amazing writing being produced and discussions underway that at times makes me think of what it may have been like to be in one of those early American taverns in Philadelphia, engaging in robust "discussions" into the wee hours of the morning over the proposed U.S. Constitution - we've actually had a few those), it has not reached the type of acrimony and fear as we see now happening over at the Episcopal Cafe (and now picked up by Thinking Anglicans) concerning the establishment of yet another committee by the Episcopal House of Bishops. And for that, I am thankful.

How do we make sure we don't end up in the same place? Prayer is probably a good place to start. I know it seems simplistic, but it is the first place we go. Praying through scripture, in worship, and in community we come before the Lord and we pray for His people - all of us. And we also pray for those who do not yet know His name. Breakthroughs extraordinarily happen. There are some amazing things being written, conversations underway as preparations continue for the Ft. Worth Assembly, a Great Discernment is in process - but as I learned this past weekend, unity isn't found in agreement on issues or pressure to conform, unity, yes, even clarity is found at the foot of the cross.

At times, the foot of the cross can be a very lonely place, as the disciple John found out. But in the end, he had the last word.