Tory Baucum: Why I support a new province 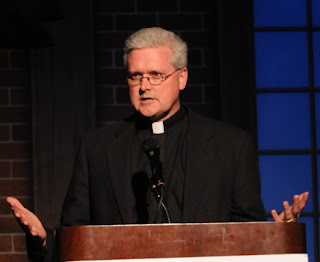 In 1789 16% of the American population was Anglican. Now it is about .3%. That means this country is 99.7% Episcopal-free. This stat, among other facts, suggests that Anglicanism has never adapted to American culture. In other words we have never appealed to the deepest desire and aspirations of the American people and they have returned the favor. It is axiomatic in missiology that you cannot reach a people whose culture you despise or think is beneath you. Loving the people (not being superior to them) is a pre-condition to reaching them.

This, among other reasons, is why I support a new province. It gives us a chance to be an indigenous, apostolic expression of Anglicanism, something that The Episcopal Church (TEC) never has been and something the Anglican Mission in the Americas (AMiA) and the Convocation of Anglicans in North America (CANA) are already learning to do. Like many, I regret that I have come to this conclusion but I have.

Another reason I support the emerging province is that it may actually be the last way, ironically, to save TEC. Breaking up the cartel may force them to address issues of quality control. As they lose the last shred of credibility they have in the wider Anglican Church (and Church Catholic), and more Americans choose the new option, the institutional liberals may find the courage to wrest institutional control from the radicals in power. I know its unlikely, but possible.

I also believe within the decade this new province will be recognized by the majority of the Communion, including the Archbishop of Canterbury.

Hello BB,
Well done on you history lesson for us Truro newbs today. You do know your Anglican stuff.

It was a pleasure to meet the face behind the blog (although my wife informed me we had met once before at a home group back in January when we first started to attend.) I look forward to talking
to you again. Grace and peace.

It was great to see you too! God bless you!

I agree with Fr. Baucum in the sense that the unique elements of American Culture and Anglicans interaction with them have hamstrung Episcopalian efforts long before current liberalization. However, I think the problem is exactly the opposite of what Fr. Baucum identifies. While Anglicanism in other parts of the Communion existed within an established structure that kept warring parties in a single structure, in America--even before the establishment of the US or TEC--there wasn't really an existing structure to remain within, and so the American Christian propensity for division took root. I am thankful that the various alphabet soup groups are coming together, but I would hesitate to see enculturation in America as something to strive for. If anything, Christians--Anglicans or not--are far too enculturated, and it is that enculturation that hampered Episcopal mission--because it meant division on the one hand, and association with a narrow (elite and liberal) segment of American culture on the other. Episcopalians are thoroughly American, and that's a large part of the problem.