If a picture paints a thousand words, then what's up with the Lambeth Logo? 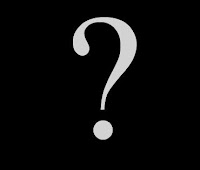 As any good marketing strategy will tell you, you need a good logo. We went through a big training experience back at the Firm where everyone was instructed to design their own personal logo. A logo is a short-stop way to express something about you in one simple graphic design that represents who you are or what you do. Well, Lambeth 2008 is coming up this year and with that they've designed their own personal logo that represents who they are - or have they, really? For us on this side of the Pond, we have been alarmed for years about the drift - now turned into a tidal wave - that the Episcopal Church is basically becoming the church of the Liturgical Unitarians. After all, Unitarians were once Anglicans too, until the Archbishop of Canterbury (post-American Revolution) nixed their idea of joining up when the Episcopal Church was being formed (hat tip, Dr. Bob Prichard at VTS). But that was then - this is now?

The Orange Logo is the Unitarian Universalist Logo, the Yellow Logo is the Lambeth 2008 Logo. With all that's going on in the Anglican Communion, why did they choose a "flame" to represent Lambeth? Ah, but the spirit is doing a new thing, right?

At the center was the cross.
But that was then.

Tip of the tinfoil to Pluralist in the UK.
Posted by Unknown at 9:26 AM

Looks like a United Methodist logo to me, except as you point out, BabyBlue, there's no cross to show it has anything to do with the Church of Our Lord, Jesus Christ.

It's better to burn out
Than to fade away.
My, my, hey, hey.

The flame has a certain Freudian (sexual symbolism) flair. That's what it's all about in the New World Religion.

It's not about repentance, sin, atonement, living a crucified life, dying to the old man of the flesh.

It would be dishonest and inappropriate to retain the Cross under the circumstances.

Interesting indeed... actually the item at the center of the Compass Rose - the basis for the 1998 logo - is the shield of St.George. Yes it has a cross in it, but the image is of, you know, Canterbury, CofE, etc.

For more on the Compass Rose, see http://www.compassrosesociety.org/CRS_symbol.shtml

So suggesting that 1998 was about the cross and 2008 is not is a bit of a stretch, unless of course one wants to identify the cross of St. George with the real, true, etc, Cross.

Sometimes a logo is just a logo.

Your blog is always interesting!

As someone who has been involved in corporate communications, off and on for most of my life, I can tell you that a logo is never just a logo.

One of the major discussions regarding any design, is what message is being delivered?

Okay - so the flame signifying "the light of the world" should just be thrown out. I really do think that folks are reading into things too much...there are plenty of opportunities to challenge why people do something, but THIS is getting ridiculous.

I think I am compelled to agree with Father Harris and while I shall always glory in the Cross of our Lord and Saviour Jesus Christ, I also believe it is time for our Church to look more expectantly towards the Holy Spirit. As an eternal optimist, I can only hope that the flame of Pentecost might again come among us and guide us into rebuilding the Body of Christ. I for one, am not willing to let go of the book of Acts, and wholly cede the flame of the Holy Ghost over to the Unitarians.

Okay, I'll play the silly little game, who is "the light of the world?"

That answer might be different if we talk to Unitarian or Roman Catholic.

Oh, I agree Jesus is the light of the world and the image for Lambeth also resonates with the beginning of John's Gospel. In fact, one of my favorite hymns is #490 in the 1982 Hymnal--"I want to walk as a child of the light", which is rich with imagery from the book of Revelation, but does not mention the cross once. I guess my point is, no one symbol, logo, hymn or prayer can completely contain every aspect of Christian Trinitarian Doctrine--yet they should point us back to transcendent God. In that sense then, I see the logo as consistently Christian. Just because another group or faith adopts an image similar to one in our tradition, does not mean that it ceases to communicate and inform us spiritually. We have a rich tradition and identity and I think we should hold onto it.

Here's what it means at Lambeth:

Nobody look, but the Episcopal Diocese of New Hampshire uses the same flame logo! See it here.

Does Almy make a tinfoil mitre?