Quote of the Day: Not so happy in Whoville? 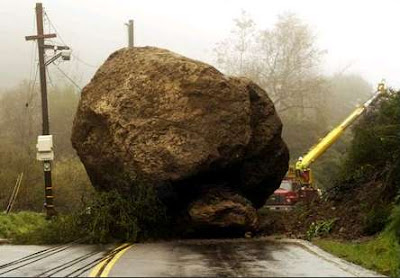 The Presiding Bishop recently took a Q&A following the consecration of Alabama Bishop Suffragan Kee Sloan on January 12th. Here is one of the questions followed by her answer:

Question: May I just ask how is your conversation with the Bishop of Canterbury?

Katherine Jefferts Schori: How is my conversation with the Archbishop of Canterbury? Right. I don’t know him terribly well. (laughter) I’ve met him only three times. I think there is a desire for greater relationship there. Certainly there is on my part. Charles Robertson - Chuck Robertson, the Canon to the Presiding Bishop who was here until this afternoon - is going to England on Monday to try and increase the level of conversation with the Archbishop’s Office and the office of the Anglican Communion; the General Secretary of the Anglican Communion. We’re working at it. I think the biggest difficulty is the conflict in the Church of England is far greater than it is in this church. And the Archbishop of Canterbury is first and foremost head of the Church of England. Everything that impacts the rest of the communion is being played out even on a larger stage in his own church. He’s in a very difficult position. Very difficult. I empathize with him. And I pray for him and I hope you do too.

We know the three times that the PB has met Rowan Williams. The first time was after she became Presiding Bishop and she went over with Frank Griswold to meet him in London. The second time was at the meeting of the Primates in Dar es Salaam. And the third time was at the New Orleans House of Bishops meeting this past September. So they haven't had any other meetings or gabfests except for these three formal occasions. Her tone here is condescending. There is an assumption of superiority (frankly, it's been quite illuminating to wonder if it's just because she thinks her direct line to the spirit trumps his or the fact that she's just acting like an American). But she ends up with this sort of "let's all feel sorry for poor Rowan, boo hoo hoo - next question!"

So she's having to send an emissary over to Lambeth to try to smooth things over. What's up with that? Why doesn't she just pick up her cell and ring him? For God's sake, she's the Presiding Bishop of the Episcopal Church - she can't just ring him up and pop across the pond for a parlay? Are things that bad? And then she goes and blames the fact that his Church is in worst condition than hers (who is she kidding?). "I think the biggest difficulty is the conflict in the Church of England is far greater than it is in this church. " Can you imagine if President Bush had said the same thing about Prime Minster Blair if Blair had stopped returning his calls? "I think the biggest difficulty is the conflict in England is far greater than it is in this country." The howls of outrage, the arrogance of such a statement, the audacity to say such a thing publicly would mean that the president was in complete denial over the crises in our own country and had become so deluded that he would blame the breakdown of his relationship with Blair as Blair's own fault. Good heaven's, we'd have to reinforce the Capitol from getting burned again after a statement like that.

But here we have the Presiding Bishop blaming her lack of relationship with the Archbishop of Canterbury on him. It can't be her fault, it's never never her fault. It doesn't even seem to cross her mind that some of his greatest "difficulties" are due to the actions of the American Episcopal Church.

‘I think the biggest difficulty is the conflict in the Church of England is far greater than it is in this church.’

Let me see, dioceses seceding from the province? No. Other provinces offering alternative oversight? No.

How did she arrive at this conclusion? Wishful thinking, perhaps?

KJS "What? Obstruction? I don't see a rock in the way."

I lived in London from early 2003 until mid 2007 and would not consider the Presiding Bishop's observations too far off the mark. Whether they are "condescending" or not, I leave to those who have demonstrated expertise in this area.

In particular, most Britons of my acquaintence who follow things CoE accept that disestablishment is not a question of "if", but "when?". The implications of this are barely conceivable to Americans, but, suffice it to say, the very institution itself, cut loose from government support, is in jeopardy.

The conservative evangelical separatist faction are actually a much larger group, percentagewise, in the CoE than in TEC, but that church is seen much more as quintessentially English, as integral to warp and woof of British society, then the American church, which is just another denomination contending in a free market of religious brands.

So declaring a diocese (or even a parish) independent, seizing its property, and aligning it with a foreign primate would meet with widespread opposition on the High Street for nativist reasons, if nothing else. Such actions would set back by years, perhaps decades, the separtist cause and possibly even the seemingly inexorable move toward disestablishment.

Therefore, the relatively lower levels of polarizing rhetoric and actions within the CoE should not be considered indicative of lesser conflict than is visible in TEC, but simply that it does not serve the separtist cause. Some of this difference in style, too, must be attributed to British reserve and, perhaps more importantly, different laws governing ecclesiastical properties.

But, in general, CoE dissidents needn't take a diocese out of the CoE to control it and its property. If they are patient, which they are, it may be essentially handed to them in any upcoming realignment.

Do you think though that it is inappropriate (and in fact, a diversion tactic) to blame the lack of "conversation" between the two leaders because Rowan is in deeper doo doo than she is? I used the GWB mythical scenario with Blair because certainly Blair suffered because of his relationship with Bush but that still didn't keep them from talking. And certainly Blair had some pretty big issues on his own (a country basically opposed to the war in Iraq) he could have used to dis GWB. But he didn't do that because they both knew that this relationship had to remain solid if their goals were to be met. If we ever heard GWB make a statement like Schori did to blame Rowan for their lack of relationship we have to admit that the howling would have began. It is in deed quintessentially American to take the tone that Schori takes here - but it is disrespectful because Rowan is her senior. She acts as though he's just another pawn in the game.

I really can't comment knowledgably on how often ++KJS should be speaking with ++Cantuar or characterize what efforts have been made to facilitate any such conversations.

I'm not certain I view her tone as disrespectful per se, but somewhat presumptuous in the aggressively empathetic style of the "I feel your pain" school of political rhetoric. Perhaps "overly familiar" might be a fair assessment of the Pee Bee's musings?

But that is very, very American indeed and based, as you so aptly observe, on a fairly insular set of...shall we say "unhelpful"?... presuppositions we, as a people, are going to have to rethink in coming years.

KJS's statements about the CoE are simply - and as far as it is possible to be objective, objectively false
Either she misunderstands the state of the CoE - which is partonising and insulting to WIlliams; or she completely misunderstands the parlous state of ECUSA - which hopefully is unlikely, but if so is unforgivable.

The only groups in the UK who would agree with her on this are the hardline "conservative evangelicals", who think things are worse in the UK than in the US because they have not yet reached the secular courts, and because no evangelical UK bishop has taken his diocese out of the CoE. Even the Anglo-Catholics in the UK don't yet have women bishops with which to break communion.

The CoE includes much larger groups of "open evangelicals" - who, by definition, are willing to remain in a church with liberals, and serve under reasonable liberal bishops - and on the other side, the likes of Rowan William's own Affirming Catholics who likewise are willing to remain in a church with evangelicals. Because geographical parishes are much stronger in the UK (except perhaps in London), most people who do attend go to one of a few local churches for reasons of style, demographic, personality, or history, rather than theology.

The CoE's (and the ABCs) problem with ECUSA is that the WR asked ECUSA to submit to the "CoE Compromise" - gay priests but not openly active gay bishops; "private" gay blessings and legal civil unions but not official public gay marriages - and the ECUSA told the CoE to ... F. OFF!

The closing summary of your post clearly and conclusively demonstrates how truly clueless, parochial and culturally insensitive we Americans can be, Bishops of the Episcopal Church included. Anyone having the slightest familiarity with the British would have preceded the word "off" with the American word for pre-grown chunks of lawn rather than the word implied in your post.