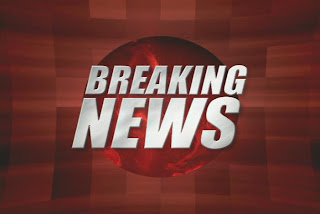 McDonnell: “As a matter of federal constitutional law, the Episcopal Church is simply wrong.”

BB NOTE: The Motion is here and the Brief is here.

FAIRFAX, Va. (January 11, 2008) – Virginia Attorney General Bob McDonnell has filed a motion to intervene and a brief in the ongoing church property litigation that is being heard by Fairfax County Circuit Court Judge Randy Bellows involving eleven congregations that separated from the Episcopal Church in 2006 and 2007 and joined the Anglican District of Virginia (ADV). In his brief, Attorney General McDonnell defended the constitutionality of the Virginia Division Statute (Virginia Code § 57-9), thereby validating the position of the ADV churches and making it clear that there is no constitutional problem with applying the Statute in exactly the way ADV attorneys have advocated.

As stated in the Attorney General’s motion to intervene, “As a matter of federal constitutional law, the Episcopal Church is simply wrong. The Constitution does not require that local church property disputes be resolved by deferring to national and regional church leaders.”
“The Attorney General’s brief validates the position of our parishes and directly refutes arguments that were made by the Episcopal Church and the Diocese of Virginia following the November trial,” said Jim Oakes, vice chairman ADV. “Virginia has a long and rich history of deferring to congregational control of property. The Division Statute itself clearly states that majority rule should be the deciding factor in determining the ownership of church property when a group of congregations has divided from its former denomination. In his brief, the Attorney General ratified the authority of the Division Statute and noted that the interpretation of the Statute by ADV lawyers is ‘both textually and historically accurate.’”

“Virginia law does not permit the Diocese of Virginia and the Episcopal Church to seize our property from us. Our parishes voted overwhelmingly to disassociate from the Episcopal Church due to its rejection of the authority of Scripture. Our decision is just one small piece of evidence that there is a widespread division within the Anglican Communion. We are confident in our legal position that the Division Statute is applicable in this case and we look forward to the resolution of this litigation,” Oakes continued.

“It is unfortunate that the Diocese of Virginia and the Episcopal Church broke off amicable property negations and filed lawsuits against our parishes in the first place, forcing us to defend ourselves in a court of law. But despite the distraction of the legal proceedings, we will continue to remain faithful to the historic teachings of the church while moving forward in mission and ministry,” concluded Oakes.

The Anglican District of Virginia (www.anglicandistrictofvirginia.org) is an association of Anglican congregations in Virginia. Its members are in full communion with constituent members of the Anglican Communion through its affiliation with the Convocation of Anglicans in North America (CANA), a missionary branch of the Church of Nigeria and other Anglican Archbishops. ADV members are a part of the worldwide Anglican Communion, a community of 77 million people. ADV is dedicated to fulfilling Christ’s Great Commission to make disciples while actively serving in three main capacities: International Ministries, Evangelism, and Strengthening Families and Community. ADV is currently comprised of 21 member congregations.
Posted by Unknown at 11:39 AM

Let's see. Who might be having a 'laundry emergency' over this welcome development? Perhaps Peter Lee (no relation to the good Lee of VA), Purple Haze, Shyster Beers. Others anyone?

This certainly isn't despositive, but, then again, it isn't bad news either.

Great news! 815 might want to re-think its approach. As for Bishop Lee, he should have stayed with his reasonable course of negotiations and not allowed himself and the Diocese of Virginia to be bullied by TEC leaders in another state. There are several important lessons to be learned frim this by those who seek wisdom.

Alice C. Linsley - The irony gets worse for +Lee, I'll bet based on +Stanton & Christ Church, Plano, TX settlement that he could have had a payment plan greater than $10M for all parishes (that would be a tough sell to CANA parishioners, but reasonable looking at TX). Instead of getting a line of credit to pay for the legal expenses in a high stakes winner take all game. Oddly, CANA may come out ahead in the money department (not in the gray hair one) because of 815 & DioVA moves to litigation.

Alas, anon - Hagrid has tossed you out the door for throwing cream pies.

This is indeed good news. It is only common sense that the law applies in this case.

I've taken TEC and DioVa for task for relying on the constitutional arguments overmuch--judges really don't want to go into constitutional law if they don't have, and they must resolve cases on the nonconstitutional issues if they can. And now I will give you the same advice I gave my own side: put not your trust in constitutions, but in God and, well, everything else.

(And BB, thanks for having Hagrid toss out the anon earlier. Much appreciated.)

I think the AG's brief only goes to whether 57-9 is constitutional, which will only be an issue if the judge finds that 57-9 applies to the situation (i.e., that there has been a division).

If 57-9 doesn't apply, the brief will be irrelevant, but only as to 57-9. There's still the issue of disputed ownership, which would be essentially a second trial (and bring up everything you hear about "hierarchical deference" vs. "neutral principles of law" and so forth).

Although we do not understand his ways, our God is great and always faithful. Prayers for His Church.

So the attorney general, who is also, I gather, a conservative Roman Catholic, would hold that a liberal RC congregation that decided to join TEC, or a conservative one that wished to affiliate with the Society of St. Pius X, might take the church's property with it when it did so? Or has he, perhaps, not thought that far ahead, being more concerned with shoring-up his political base than with legal niceties?

pisco sours-
I don't think a possible holding is that 57-9 requires the property rest with TEC. As I understand it (and I've read most of the filings) the statute states clearly that in case of a division, the majority of the church retains the property. The only way for TEC to prevail here is to persuade the judge (as they have) that (a) there was no division, hence the statute is not triggered or
(b) the statute is unconstitutional.
I guess they could also challenge the validity of the votes, but that has been reserved until the first arguments are heard.

No, the judge would rule that the neutral principles of law preside. In that case, the question would also be, who actually holds title to the property. The Roman Catholic Church typically holds the title to its own property in a real, secular, temporal and legally binding sense. If an RC congregation held its own title, then that congregation would be in ADV boat.

Furthermore, the AG's job is to rule on the law as it is, not as he'd like it to be and if your scenario were true and he were a man of integrity, he'd rule the same way.