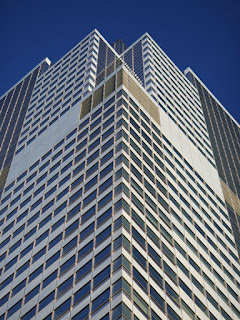 An insightful commentary on leadership from BusinessWeek:

Not knowing one's own faults and weaknesses—and being unaware that they even exist—is dangerous for top executives. Look no further than Zoe Cruz

About two years before he died, Peter Drucker told an interviewer that among the things he regretted in the course of his long and productive career was not writing a book—it would have been his 40th—called Managing Ignorance. He added, tantalizingly, that it was bound to have been his best, but otherwise he didn't elaborate.

I've been thinking a fair bit lately about Drucker's work-that-wasn't, wondering what such a volume might have explored. Most likely, it seems, Drucker was interested in figuring out how those running corporations and other institutions could get their arms around what they don't know (which, of course, tends to greatly outweigh what they do know). "As significant as the problem of organizing knowledge was," noted John Flaherty in Peter Drucker: Shaping the Managerial Mind, "he considered the organization of ignorance an even more formidable challenge."

Possibly, too, Drucker was referring to the need for all of us, whether a top executive or an hourly employee, to engage in lifelong learning. As Drucker pointed out, with the world moving so fast, "today's advanced knowledge is tomorrow's ignorance." Or perhaps he would have taken the opportunity to underscore a lesson that one of his students, William Cohen, recalls in his new book, A Class with Drucker: "You must frequently approach problems with your ignorance—not what you think you know from past experience, because not infrequently, what you think you know is wrong."

And yet I keep coming back to another idea. Maybe, just maybe, Drucker would have zeroed in on a phenomenon that has brought down some of the biggest-name executives in Corporate America, and will undoubtedly bring down more: blind ignorance—the tendency, as one scholar has defined it, toward "ignorance of self-ignorance."

How else can anyone explain what happened to Zoe Cruz, whose sacking as co-president of Morgan Stanley (MS) late last month made her the most recent high-profile casualty of the mortgage crisis on Wall Street? Ostensibly, Cruz's forced retirement was the result of the firm losing billions of dollars on subprime-related securities. But there is little question that her sudden fall, after 25 years at Morgan Stanley, stemmed as much from the way she mishandled colleagues—and evidently couldn't perceive the tremendous harm it was causing—as from the way she misjudged financial risk. (A Morgan Stanley spokeswoman declined to comment on Cruz's departure, and efforts to reach Cruz were unsuccessful.)

By all accounts, Cruz was polarizing. Her aggressiveness earned her the moniker "Cruz missile." And she had a propensity for playing politics. She shamelessly backed then-Chief Executive Philip Purcell while eight former Morgan Stanley executives were advocating his ouster in 2005—and then somehow not only survived but reached new heights under Purcell's replacement, current CEO John Mack.

"Many people at Morgan resented and mistrusted her because of her defense of Purcell," says Patricia Beard, whose Blue Blood and Mutiny: The Fight for the Soul of Morgan Stanley chronicles Purcell's tussle with the Group of Eight. "They were not sad to see her go."
Take Responsibility

Being disliked is not necessarily a problem in and of itself. "Popularity," Drucker wrote, "is not leadership; results are." Yet Cruz's flaws apparently went deeper. For instance, she is reported to have rebuked fellow employees for the mortgage losses while sidestepping responsibility for her own role in the debacle. If that's what she did, it was a huge mistake; nothing can undermine one's position of authority more quickly. "Effective leaders are rarely 'permissive,'" Drucker asserted. "But when things go wrong—and they always do—they do not blame others."

At the same time she was pointing fingers, Cruz is said to have discouraged dissent, another cardinal sin in Drucker's eyes. "Decisions of the kind the executive has to make are not made well by acclamation," he advised. "They are made well only if based on the clash of conflicting views, the dialogue between different points of view, the choice between different judgments. The first rule in decision-making is that one does not make a decision unless there is disagreement."

What's fascinating to me is how someone as bright and accomplished as Cruz could behave in this manner. Surely she must have known that those around her believed her style to be terribly toxic and that, in the end, it might even prove her undoing. Then again, maybe not. In September, an article in Harvard Management Update examined just how difficult it can be for the most talented employees, especially those at a senior level, to absorb honest feedback about their performance. It's not simply that they don't want to see their weaknesses; they've almost been preconditioned not to see them.

"Because they have rarely failed," the piece quotes Chris Argyris of Monitor Group as saying, "they have never learned how to learn from failure." Instead, they're apt to "screen out criticism and put the 'blame' on anyone and everyone but themselves. In short, their ability to learn shuts down precisely at the moment they need it most."

Beard recounts that in 2004, Cruz received a performance review from her then-boss, Vikram Pandit, which "included some negatives." Cruz, who resented Pandit, disputed the evaluation and even went so far as to protest the findings to a member of the board.

In the short term, it worked. Pandit left Morgan Stanley for Citigroup (C), and Cruz continued to rise through the ranks. Ignorance as bliss, however, can only last so long.

Read the whole thing here. Rick Wartzman is the director of the Drucker Institute at Claremont Graduate University and an Irvine senior fellow at the New America Foundation.
Posted by Unknown at 6:10 PM

I've taken detailed notes from most all of Peter Drucker's work and I think "organizing ignorance" deals with the productivity of knowledge discussed in Post-Capitalist Society--specifically in the chapter "Knowledge: Its Economics and Its Productivity" under heading: "Only connect"