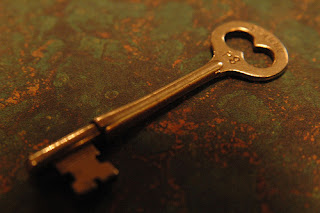 Richmond, Jan 10, 2008 (CNA).- The Episcopal Diocese of Virginia is taking out a $2 million line of credit to finance legal action against 11 churches that left the denomination a year ago, the Washington Times reports.

At issue in Virginia is $30 to $40 million in real estate and assets. The lawsuit joins others in at least 12 states filed against churches that have left the Episcopal Church over disputes about biblical authority and the 2003 election of New Hampshire Bishop V. Gene Robinson, who openly lives in a homosexual relationship.

The Anglican District of Virginia represents the 11 churches in the state that have left the Episcopal denomination. Vice Chairman Jim Oakes said the district spent $1 million on legal fees last year and plans to spend another $1 million this year. Its members have pledged $3 million.

"If people in the pews knew how much money was being spent on this stuff, there'd be pressure to put an end to this," Oakes said. "We just hate spending this money on lawyers.”

The Episcopal diocese has already spent $1 million on the lawsuits. Diocese spokesman Patrick Getlein said the diocese borrowed the money from restricted endowment funds, and is now paying only the $80,000 interest on the loan.

"Church pledges to the diocesan budget will not be used to fund litigation," he said in an e-mail. He said the diocese plans to sell surplus property, “unimproved, unconsecrated land,” to pay back the interest. He also voiced appreciation for those who have made unsolicited contributions to help defray the cost of litigation.

The national Episcopal Church is a partner to the diocese in the lawsuit. It has not revealed the source of all its legal funds, though last year two letters were sent from five retired bishops demanding the information.

“We are concerned that there could be a violation of federal pension fund laws," retired Bishop William Wantland of Eau Claire, Wis., told Living Church, an Episcopal magazine. "If they are using endowment funds, some of those are restricted."

The Diocese of Virginia is also missing $180,000 in pledges to its $4.79 million 2008 budget. Getlein said churches typically do not contribute specific amounts until they receive their Christmas contributions.
Posted by Unknown at 8:22 AM

BB,
This whole drama with TEC and 815plays up all sorts of images in my mind. One sees Ahab and Starbuck pursuing a white whale, or perhaps a hardened Pharroah charging headlong into the depths.
I fear that 815 will ultimately bring TEC down to its sad end in its obsessive quest to ltigate the reasserters into submission.

I guess what I want to know is this: are they selling anything I'd like to buy?

Sure, TEC is selling a lot. But what they are selling has a terrible price.