More on the Filing of the Virginia Post-Trial Briefs 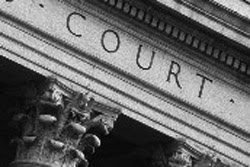 FAIRFAX, Va. (December 21, 2007) – The 11 Anglican District of Virginia (ADV) churches filed a brief in the Fairfax County Circuit Court regarding the Multi-Circuit Property Litigation. The brief explains the validity of the Virginia Division Statute (Va. Code § 57-9) in determining that the Virginia congregations are entitled to keep their church property due to the division within The Episcopal Church, the Diocese of Virginia, and the Anglican Communion. (Case No. CL-2007-0248724)

“As our brief today explains, the evidence at the trial strongly demonstrated that our congregations have satisfied each of the core requirements of this law. There has been a ‘division’ in The Episcopal Church, the Diocese of Virginia (“Diocese”), and the worldwide Anglican Communion, and our congregations have joined a ‘branch’ of the divided body created as a result of that division,” said Jim Oakes, Vice-Chairman of the Anglican District of Virginia.

“This division occurred as a result of The Episcopal Church and the Diocese separating themselves from the historic Christian faith by deciding to reinterpret Scripture on a number of different issues. Although the reasons for the division involve important issues of biblical truth, the existence and effects of the division are plain and evident for all to see, without regard to religion.

“The evidence also showed that this law was applied no less than 29 times to recognize the legal rights of congregations to keep their property. Over the years, the Virginia General Assembly has made various amendments to the Virginia Code as it relates to religious organizations, but it has not seen fit to narrow or repeal the Division Statute. The General Assembly continues to believe that when congregations separate from a denomination, the neutral and objective principle of majority rule should govern ownership of property. In addition, The Episcopal Church admitted in its complaint that it does not hold title to any of these eleven churches, and that the churches’ own trustees hold title for the benefit of the congregations.

The Anglican District of Virginia (www.anglicandistrictofvirginia.org) is an association of Anglican congregations in Virginia. Its members are in full communion with constituent members of the Anglican Communion through its affiliation with the Convocation of Anglicans in North America (CANA), a missionary branch of the Church of Nigeria and other Anglican Archbishops. ADV members are a part of the worldwide Anglican Communion, a community of 77 million people. ADV is dedicated to fulfilling Christ’s Great Commission to make disciples while actively serving in three main capacities: International Ministries, Evangelism, and Strengthening Families and Community. ADV is currently comprised of 21 member congregations.