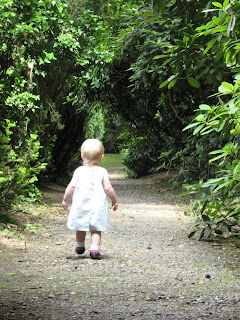 Tip of the Tinfoil to Wannabe Newbie Anglican:

The next major milestone in the development of Common Cause is next week, when the Common Cause Leadership Council gathers in Orlando, Florida on December 18 for its inaugural meeting.
The Council comprises the head bishop, a clergy representative, and a lay representative from each Partner. This body represents Common Cause in all its fullness, and has the authority to do the work of the Partnership.

This is the organizing meeting of Common Cause, at which the assembly will elect its first officers and establish its initial committees and task forces. As such, December 18, 2007 will mark the formal beginning of a "separate ecclesiastical structure" in North America. Following this meeting, Common Cause will be in a place to seek official recognition from the Primates of our Communion.

We at the Network are pleased to have been given the Kingdom assignment of building unity among the Common Cause Partners. Thank you for sharing with us in this task, and please pray for our work next week.

BB NOTE: One of the tasks of the CANA Council this past weekend was to elect our representatives to this gathering to form a separate ecclesiastical structure in North America.
Posted by Unknown at 10:19 PM

cute pic of you when you were little.
Art+

The picture of baby steps is great symbolism. What is lacking in the picture are the pursuing wolves, dressed as lawyers, of TEC.