Amazon.com purchases handmade book by J.K. Rowling, The Tales of Beedle the Bard, at Sotheby's in London for almost $4 million 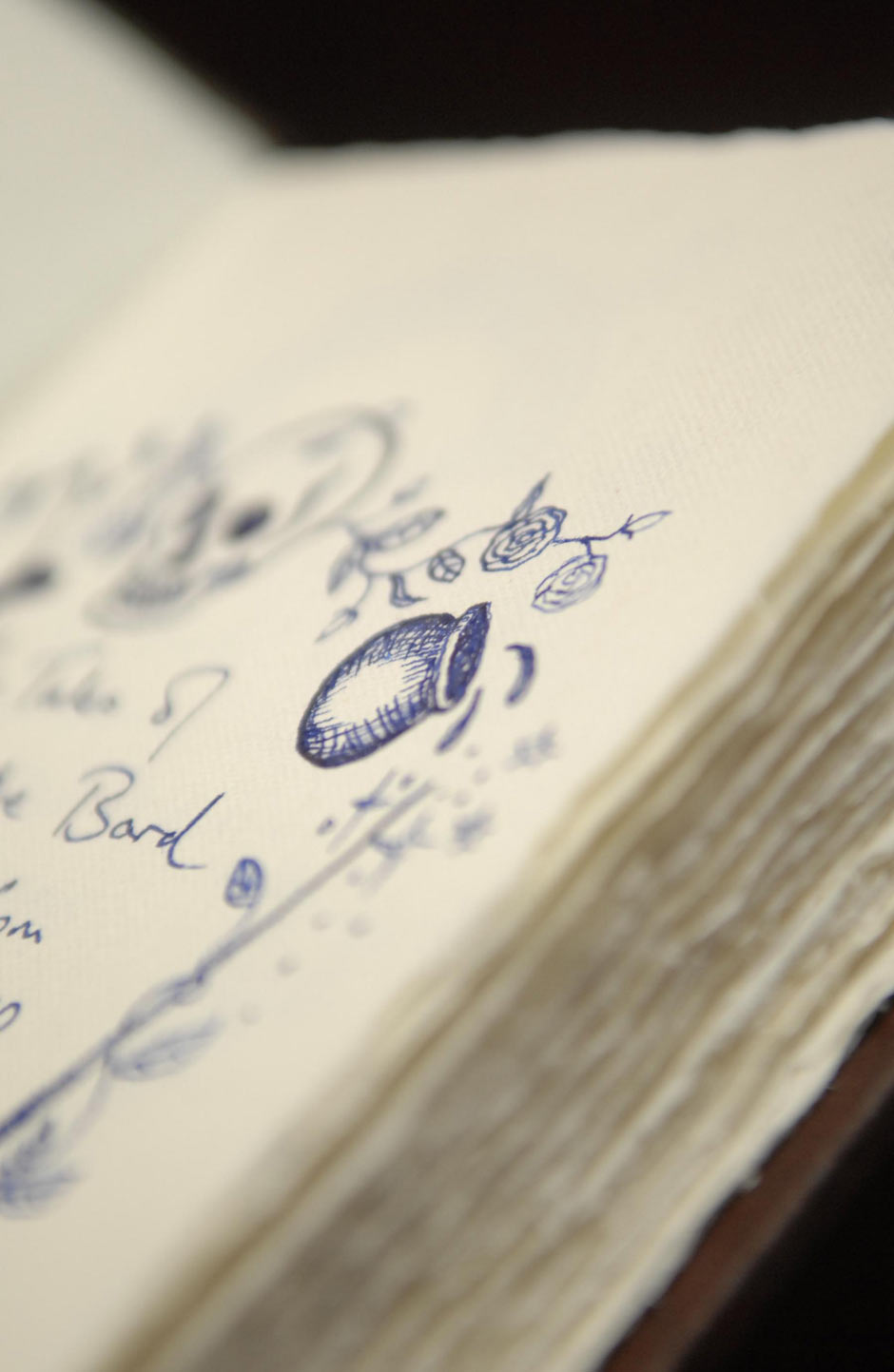 Amazon has purchased J.K. Rowling’s The Tales of Beedle the Bard at an auction held by Sotheby’s in London. The book of five wizarding fairy tales, referenced in the last book of the Harry Potter series, Harry Potter and the Deathly Hallows, is one of only seven handmade copies in existence. The purchase price was £1,950,000 ($3.88o,000), and Ms. Rowling is donating the proceeds to The Children's Voice campaign, a charity she co-founded to help improve the lives of institutionalized children across Europe. The Tales of Beedle the Bard is extensively illustrated and handwritten by the bard herself--all 157 pages of it. It's bound in brown Moroccan leather and embellished with five hand-chased hallmarked sterling silver ornaments and mounted moonstones.

"I am stunned and ecstatic," J.K. Rowling said of the sale. "This will mean so much to children in desperate need of help. It means Christmas has come early for me.”

Click here to see more photos of the book. For those of us who have finished reading the seventh book in the Harry Potter series, we are very familiar with these "fairy tales," especially one in particular. Now Amazon will allow a wider audience to view and appreciate this very special book. Thanks, Amazon! You rock!

Which of her buddies who got the free copies will be the first to break and sell, I wonder - tho' it's not likely that copies subsequently sold will reach this price. Nice that the money is going to a children's charity.