The Diocese of San Joaquin Cuts Ties with the Episcopal Church 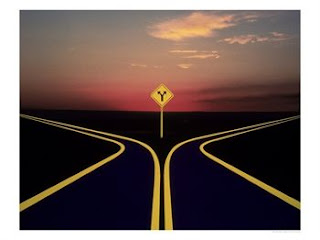 It's clear that the Episcopal Church has powered up their media campaign for this event. Watch the use of the word "secede" in the articles - that's a word the is used by 815 and when the media use it in their stories (the New York Times is using it a lot) it's a sign that they are getting that from 815. Note how the Episcopal Church leadership and spokespersons continue to act as though it is a small little group that is unhappy and they will just carry on as if there is no problem at all. "All is well." Note also that a group called "Remain Episcopal" is quoted in the media stories. That's actually the newest name for ViaMedia. In fact, Integrity / ViAMedia/ Episcopal Majority/ The Consultation/ Progressive Episcopalians etc. etc. are all the same same thing. Historically, they set up an entire "boulevard" in the exhibition room at General Convention (which should cost a pretty penny unless somehow they've been able to secure a "group rate" - ironically. If ACI is two guys and a website, these organizations are often one woman and a chair). But they are all the same - and they just had a pow wow in Chicago. They don't have many people, but some are experienced street organizers (but in the old style, not in the new style). They follow the street protest model in organizing - a model from the last century. Have they now been deputized by 815 to be their official enforcers? We wonder. They sure are talking like they have been (note how they had their own press people ready for the mainstream press - excellent organization). From the AP:

SAN FRANCISCO, Calif. (AP) — An Episcopal diocese in central California voted Saturday to split with the national denomination over disagreements about the role of gays and lesbians in the church.

Clergy and lay members of the Episcopal Diocese of San Joaquin voted 173-22 at their annual convention to remove all references to the national church from the diocese's constitution, said the Rev. Van McCalister, a diocesan spokesman.

The Fresno-based congregation is the first full diocese to secede because of a conservative-liberal rift that began decades ago and is now focused on whether the Bible condemns gay relationships.

"We have leadership in the Episcopal Church that has drastically and radically changed directions," McCalister said. "They have pulled the rug out from under us. They've started teaching something very different, something very new and novel, and it's impossible for us to follow a leadership that has so drastically reinvented itself."

The decision is almost certain to spark a court fight over control of the diocese's multimillion-dollar real estate holdings and other assets.

The head of the U.S. denomination had warned Bishop John-David Schofield against secession.

"I do not intend to threaten you, only to urge you to reconsider and draw back from this trajectory," Presiding Bishop Katharine Jefferts Schori, head of the U.S. denomination, wrote in a letter to Schofield earlier this week.

Schofield responded that the Episcopal Church "has isolated itself from the overwhelming majority of Christendom and more specifically from the Anglican Communion by denying Biblical truth and walking apart from the historic Faith and Order."

The Fresno diocese had explored breaking ties with the American church since 2003, when Episcopalians consecrated the church's first openly gay bishop, V. Gene Robinson of New Hampshire. The resulting uproar throughout the world Anglican fellowship has moved the 77-million-member communion toward the brink of schism.

San Joaquin is one of three Episcopal dioceses that will not ordain women. Last year the Episcopal Church elected Jefferts Schori as its first woman primate.

Christian advocates for accepting gay relationships, including Jefferts Schori, say they are guided by biblical teachings on social justice and tolerance. But Schofield and other conservatives believe Scripture bars same-sex relationships.

After the vote, Jefferts Schori said the church was saddened by the action.

"We deeply regret their unwillingness or inability to live within the historical Anglican understanding of comprehensiveness," she said in a statement. "We wish them to know of our prayers for them and their journey. The Episcopal Church will continue in the Diocese of San Joaquin, albeit with new leadership."

Some worshippers had fought to persuade the diocese to resolve its disputes internally without separating from the U.S. church.

"I'm very disappointed but not totally surprised," said Nancy Key, 59, a member of Holy Family Episcopal Church in Fresno and co-founder of Remain Episcopal, a group formed in 2003 to combat the secession. She said it had 125 members and many more supporters.

"This has been threatening to split our diocese apart for a long time," she said. "We feel like what we want to do is follow Christ, who included all, and used all of us for his ministry. And that didn't happen today."

The diocese's holdings include 48 church buildings, including its Fresno headquarters, a series of mission-style buildings surrounded by olive, Chinese elm and cherry trees. Its total assets are worth millions, McCalister said.

About 55 conservative Episcopal parishes have split from the church in the last few years and some have affiliated directly with Anglican provinces overseas, according to national church statistics. But courts have mostly ruled against them.

San Joaquin is one of four full dioceses — along with Fort Worth, Texas; Quincy, Ill., and Pittsburgh — out of 110 in the nation that has taken steps toward breaking with the U.S. church.

NOTE: Remember - the Episcopal Church leadership was told in 2003 by all the Anglican instruments of unity as well as the theology committee of the TEC House of Bishops itself not to go forward with the consecration of Gene Robinson, but the TEC leadership went ahead anyway. We believe that they thought the election of Rowan Williams secured that there would be no significant opposition to their actions. It appears they never dreamed there would be a Windsor Report or a Communique that would hold them accountable for their actions. The fact that 815 seems bent on continuing the "scorched earth" policy either directly (Schori's happy little letters) or through their surrogates ("Remain Episcopal") illustrates that either they still feel quite secure that the current Archbishop of Canterbury will do nothing or they no longer care what he does. Guess we'll see ...
Posted by Unknown at 7:00 PM

This scares me a little bit. Please keep praying and stop trying to be so righteous and beyond what Christ may really expect from you here.Remember... he will deal with all of us in the "end".

It is sad to see but the silver lineing is this the dark is getting darker the light is getting lighter and the grey that is in between is is going away. soon there will be no more grey and the war to end all wars will come, and the end will hit the wall like a mack truck.
All of this has been foretold and the sad part is no one seems to care. May God have mercy on those who are in his care. the end times are on their way. The fight is just the begining.

It's sad when an entire diocese expresses a lack of faith in the grace and love of God and a lack of courageous trust in God's call to a continuing pilgrimage of spiritual and intellectual evolution. It is a sign of great immaturity to believe that the great Creator of all that is is limited by the words of an ancient book or by creeds that allow for no new insights, no expansion of beliefs. Jesus traveled lightly through this world, and in his call to discipleship I don't think he ever expected us to carry the baggage of closed minds.

"Jesus John" (11:44 a.m. on a Sunday no less) - unfortunately Hagrid did not take too kindly to your comments about the Devil (I was in Church at that time). It appears you have been put in the corner with a sock. Next time we might add soap.

I know this is difficult - it is sad. But it was very sad in early August 2003. It was clear then that the decisions of the Episcopal Church to turn the province away from its biblical foundations and Anglican teaching was a disaster. I believe that the TEC leadership thought they had it made with Rowan Williams newly at the helm. I don't think they ever expected him to create the Lambeth Commission or the Windsor Report or the Primates Communique(s). Jack Spong has said as much, rather forcefully.

What is sad - truly sad - is that TEC was hijacked by those who carry a very different agenda for the province than the mission of the church around the world. TEC has left us and Anglicans are providing shelter for the refugees.

For me it was very sad back in 95-96, whenever it was that they dismissed the charges against Bishop Righter. I knew then that it was over.

But God is good. And my personal pain has been replaced by the joy of finding my hearts true home.

I ache for those of you going through this, but I am not surprised.

Luke 18:8 says, "When the Son of Man comes, will He really find faith on the earth?” The Greek says, "the faith." As long as there are people who are willing to seperate themselves from false teachings and stand for the truth, the answer will be, "yes" even if they are few in number.

I just pray the more will see the Light and leave TEC.

anon#1 - Very funny. Who's being self righteous?!

anon#3 - I don't follow. How is obeying God's word immature? Isn't it immature to disregard the Bible in order to follow your immoral desires? Are spoiled brats mature?