Schori's Chancellor refuses to put litigation on hold; says there is "no basis" to suspend actions as directed by the Anglican Communique 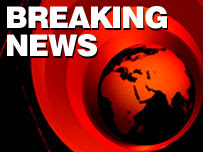 But we learn today that 815 will continue its lawsuit against the 200 laity and clergy in Virginia who followed the Diocese of Virginia Protocol. Schori never mentioned in her "report" to her staff anything about the Primates urging the lawsuits be suspended (and she signed it!). Diocese of Virginia continues to main that the churches have been abandoned (I didn't see the Diocese anywhere clearing the snow at any of the churches this weekend, but never mind).

In this case, it seems safe to say, that actions speaker louder than words.

Here's the latest press release from 815:

[Episcopal News Service] Lawyers for the Episcopal Church have told two attorneys representing some of the 11 Diocese of Virginia congregations involved in a legal dispute over possession of church property that "there is no basis at this time" to put that litigation on hold.

Washington, D.C. attorneys Mary A. McReynolds and Steffen N. Johnson asked by letter on February 22 that the litigation be put on hold after the communiqué issued at the end of the recent Primates' Meeting "urge[d] the representatives of The Episcopal Church and of those congregations in property disputes with it to suspend all actions in law arising in this situation."

The Primates' recommendation concerning litigation was one of a number of interrelated recommendations which they made concerning the way the Episcopal Church should deal with disagreements among its members.

In their February 26 reply, David Booth Beers, chancellor to Presiding Bishop Katharine Jefferts Schori, and his colleague Heather H. Anderson, first reminded the two attorneys that the Anglican Communion is a federation and not a "juridical or legislative body."

Thus, they wrote, it "has no legal authority over the affairs of its members."

"Rather, through a series of meetings of its members, the bishops and other representatives of the member churches from time to time adopt teachings and policies as recommendations to those churches," Beers and Anderson wrote.

In the case of the Communiqué, Beers and Anderson said that the Primates' recommendations are "interrelated," and they noted that the Primates recognized that the Episcopal Church must generate ways to handle differences among its members "within its own life."

The recommendations, Booth and Anderson wrote, "taken together, call for a number of steps to be considered over time by the bishops and other leaders of the Episcopal Church" with one of the possible results being a withdrawal from civil litigation over property.

"In these circumstances it would be premature, to say the least, for the Church at this time to withdraw from or agree to suspend the litigation, thereby ceasing its efforts to protect its interests and that of its past, current, and future members in seeing that parish property be used for the Church's ministry and mission," the Church's attorneys wrote. "Any proposal for such a step should be considered by the Church in connection with all the other recommendations of the Primates' communiqué that are under consideration by the leaders and other interested persons with the Church, and in the context of developments that may protect the Church's interests in other ways. As noted, this involves a process that will be undertaken over time, in accordance with the rules and procedures of the Church."

"Thus, suspension of this litigation at this time would not be appropriate," the letter concluded.

Their statements reiterate comments Jefferts Schori made February 23 during a briefing for Episcopal Church Center staff in New York.

Earlier this month, the Episcopal Church supported the Diocese of Virginia when a majority of its members and clergy of 11 congregations voted in 2006 and early 2007 to leave the denomination and affiliate with African Anglican bishops.

The Episcopal Church filed a complaint in the County of Fairfax, Virginia, court contending that the defendants it named are using the real and personal property of the parishes "for their own use in association with a different church," are "continuing to divert the parishes' funds from the mission of the Episcopal Church," and have refused to comply with a January 18 resolution by the Executive Board calling for the surrender of the real and personal property to Virginia Bishop Peter Lee. (The defendants are the former clergy and vestry members of 11 parishes and missions, as well as trustees who technically hold title to the real property of some of the parishes.)

"The leadership of the Diocese of Virginia remains focused on the needs of our churches including those where a majority of members have left the Episcopal Church," Patrick Getlein, secretary of the Diocese of Virginia, told ENS. "When majorities in those congregations voted in December to leave the Church and affiliate with Nigerian Anglicans they set in motion a spiritual and legal conflict that remains unresolved. The fact is Episcopal Church property has been abandoned, efforts have been made by the separated churches to alienate or transfer it, and loyal Episcopalians have been and continue to be excluded from their churches. Bishop Lee and the diocesan leadership remain committed to preserving the sacred legacy entrusted to us by previous generations for the future of the Church here in Virginia."

-- The Rev. Mary Frances Schjonberg is national correspondent for the Episcopal News Service.

BB LATER NOTE: Even though this is truly sad and bewildering, we still pray that TEC and the Diocese of Virginia will listen to the wisdom of the Anglican Communion primates, including the Archbishop of Canterbury, and suspend their lawsuits and return to the negotiating table. "Come, let us reason together .." (Isaiah 1:18)
Posted by Unknown at 7:00 PM

++KJS is following in the footsteps of Griswold and signing anything then going right on doing what she wants.

I thought something was up when she never even mentioned the lawsuit-section of the Primates Communique in her report to her staff. She skipped right over it - it does seem like Griswold signing the communique in Ireland and then returning to the States and consecrating Gene Robinson anyway. The primates were right - trust has been broken and how do you get that back?

More bacon with your pancakes?

None of this surprises me, but I'm at a loss for words for other reasons. I guess the best thing for me to write is I'm sorry to read this paths continue.

You are in my prayers personally, and as a symbol of all the other lay people named in the suits.

Jesus will build His Church and the gates of hell will not prevail against it.

"Not by might, and not by power, but by my spirit" says the Lord.

"For I know the plans I have for you says the Lord, plans for good and not for evil to give you a future and a hope."

"Greater is He that is in me, then he that is is the world."

-Cathy (not Episcopalian, but praying anyway :-) )

Solicitor Beers notes that the AC "has no legal authority over the affairs of its members."

Well, no s**t, Sherlock! No one ever said they did! But they did unquestionably ASK you to suspend the litigation - very easy to do, just ask the judge! Will a request, signed on by YOUR BOSS (the PB), still be ignored while you play lawyer?