Reflections on the Lambeth Conference: Networks, Operating Systems, and Dancing the Jitterbug 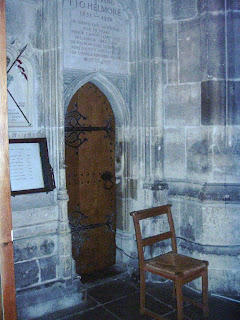 Peter Ould has done a remarkable analysis of the strengthening of the final Lambeth Reflections document toward a more conservative view. It is clear that the Archbishop of Canterbury also crossed that invisible line during his last presidential address, though as we say the proof is in the pudding. Here's Peter's conclusions:

All in all, the final section on Human Sexuality is tighter and more conservative than the fourth draft. In particular:

You can read his entire analysis on this section here.

What does seem clear now that the tents are folded and the poles put back in the bag is that the Anglican Communion is now not so much a group of colonial-style provinces, but a series of global networks. The two major networks are the GAFCON network and the Lambeth Network. Both make up the Anglican Communion. The Lambeth Network is based on the old British colonial structures, very much a part of the Anglican heritage. The GAFCON Network is based on post-colonial relationships forged by the historical Anglican faith. The Archbishop of Canterbury signaled in his final press conference that he is more than willing to work with the GAFCON network by consulting with the GAFCON bishops personally and by calling a Primates Meeting early next year.

Lambeth 1.10 was not overturned - though it was severely assaulted by efforts to water it down and minimize it through out the entire three weeks of the Lambeth Conference. There were efforts to case dispersion on the Lambeth by comparing it to polygamy in Africa (which finally was erased in the final Reflections document as Peter Ould points out) or by severely embarrassing the African bishops that they beat their wives on the side - a truly shameful political action that backfired bigtime inside and outside the Big Top. We also had the spectacle of Gene Robinson and his Entourage which all suddenly got very quiet after Integrity/Changing Attitudes' Davis Mac-Iyalla was revealed to be hustler, embarrassing the British government which had granted him asylum.

The statements that Rowan Williams made at his press conference did not make the Episcopal leadership in the room happy - their faces revealed their anger and frustration.

But less we think that this was a victory, what we saw was the colonial structures being fortified, the institutionalism being asserted - not that there is a reinforcement of the real mission of the church, to go and make disciples of Jesus Christ to all the world. Reinforcing the institutional structures only reinforces the mechanisms that undermines the growth of the church, falling into its old rather unhealthy elitist patterns of pomp and circumstance and increased snob appeal. It's a facade and there we find a bridge between the GAFCON network and the orthodox in the Lambeth network who all realize that it is is the faith that grows the church, not its facade.

While I was waiting for one of the dueling press conferences to begin sponsored by 815, one of the journalists was talking about the failure of some of the MDG goals by Bill Gates. He had this idea to send laptops to the poor in Africa, but made a terrible mistake. None of the laptops was put to any use - and here's why. The laptops did not contain the official Microsoft Operating System - for whatever reason, Microsoft shipped these laptops without Windows and the operating system they came with did not work. The laptops just piled up unused because the children needed a working operating system to use the laptops. They needed the real thing.

I heard that story and immediately thought, now that's a description of the of the crisis in the Anglican Communion. They were shipping laptops abroad, but without the real operating System, the historic faith that makes churches grow. This false gospel looks like a laptop, ships like a laptop, but the stripped down modified operating system doesn't work.

What if they decided to ship all the rest of their laptops around the world with the same modified, stripped down version? What would happen to Microscoft? What will happen to the Anglican Communion? What do we see all ready happening in the Episcopal Church?

This is the battle of the soul of the church, between the two rival faiths inside the walls of the communion - that Rowan Williams is not ready to pull up the drawbridge and keep GAFCON is a very good sign not only for GAFCON to remain in fellowship with him, but for Rowan to remain in fellowship with them. GAFCON represents millions and millions of Anglicans around the world, in places where the church is exploding in growth.

The MDG goals are not the Anglican Operating System. All the millions spent on shipping ecclesiastical laptops with screwed up operating systems is not going to save the world.

Faith in the risen Lord Jesus Christ saves the world - He is the greatest operating system the world has ever seen and will ever see. With Anglican networks around the world, to be loaded with this great faith can indeed change the world, one human heart at a time.

Where will the Episcopal Church go now? Will they change course to remain connected in the Lambeth network? Are they willing to make those sacrifices? Is it now dawning on them that perhaps the spirit is not doing a new thing after all - that they were wrong to move forward into innovations that have had such a catastrophic affect on the entire Anglican Communion? Will they signal their loyalty to the Lambeth network and obey the moratorium?

The Lambeth Conference ended with a picnic and dance in the rain outside the walls of Canterbury Cathedral Sunday night. Which Episcopal bishops were out there dancing the jitterbug into the night with Rowan Williams might tell us more about where they stand - or where they'll spin - then anything else.
Posted by Unknown at 4:41 AM

You are at your best BB when you have had time to reflect. Good post.

Dear BB: May I suggest, gently, that the story a journalist told you about Bill Gates shipping laptops to poor children in Africa without Windows installed is probably apocryphal. More likely the computers were from the "one laptop per child initiative". (To believe that Bill Gates and/or Microsoft would provide computers sans their signature product is to take a very large leap from reality.) Also, comparing the Anglican faith to Microsoft's "real" operating system isn't a good analogy. There are other "real" OSs. Didn't anybody at Lambeth use a Mac?
But having said the above, let me also say how much I enjoy your blog in general and enjoyed your Lambeth coverage in particular.