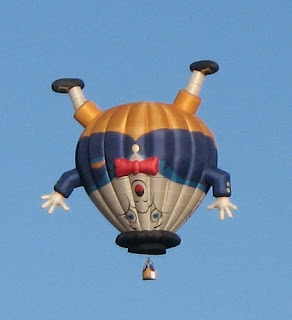 BB NOTE: Again, this statement is another opportunity to go find a bucket of water for these pants-on-fire statements. At Truro, no one - repeat - no one has been "forced to worship elsewhere." In fact, many of the minority who initially voted to remain in the structures of the Episcopal Church, also voted that the property should go with the majority. Those who voted to remain in the Episcopal Church are valuable and treasured members of the Truro family and so far they remain with us as a community, thanks be to the Lord. They continue to serve on committees (including the Search Committee for our new rector) and in the life and worship of our community. The ones that have told me how they voted (which is the only way we know how individuals voted, as in a Presidential Election) I love dearly and respect very much and am very glad they remain and have told them so - I need them in my life.

That the Diocese of Virginia - even at this stage - would make such a wild pants-on-fire statement that Episcopalians are forced to worship elsewhere causes me to continue to doubt that we can believe anything they say. Bishop Lee knows this to be untrue and I just wonder how the Diocese can put up a statement like this on their website when the Bishop of Virginia knows it to be false.

Again, notice the elitist appeal is not to the Christian faith, but that "loyal Episcopalians" have "pledged themselves to the Diocese in order to ensure a lasting legacy of Episcopal faith and worship in Virginia." Pledged themselves to the Diocese? Pledged themselves to the Diocese? Is that what baptism and confirmation mean now - that we are pledging ourselves to a corporate structure? Where is Patrick Henry? As I wrote in "The Rising of the Perfect Storm" this appeal to loyalty is to a colonial structure, which in the case of the Diocese of Virginia it most certainly is - it is the classic colonial structure put in place after the Revolution, but with one ingredient that would have caused my revolutionary ancestors to turn over and over in their graves. They did not give a lot of power to the bishop or the diocese on purpose, a tradition that continued deep into the 20th century with the adherence to the "Virginia Plan" of voluntary giving. If those who redesigned the Diocese of Virginia heard such a description of their faith as "pledging themselves to the Diocese" they would have marched right back down to Yorktown again.

I continue to earnestly pray that we will all find a way to explore options of talking to each other outside the court room. We do that at Truro with those who voted differently than the majority. We need them, we love them, they are a part of our family and their presence is a daily witness of their love for God and their desire to stay with us, even when they disagree. I deeply care about those few I know who voted differently than did, have talked with them, have heard and been heard about why we voted differently and somehow, through our loyalty to Jesus, we remain in communion with one another.

I have continued to pray that this is a "legal separation" not a divorce, a place of "escrow" to use the Windsor Continuation Group's words, and that in this separation we would take steps to make a safe place during a very turbulent and toxic time so that we, with God's help, may find a way to reason together and that perhaps one day - by the hand of God and with biblical faith - walk together again. We would save the marriage.

We are working on that at Truro in our own congregation and it's not easy, we are a rambunctious and spirited bunch, but it's vital to the health of our community and it can not be done out of some appeal to a false projection of loyalty but because we are all loyal to Jesus and the transforming life He gives to His people.

After all, He's the one who's standing at the door.

Here's the statement from the Diocese of Virginia:

While we are disappointed in today’s ruling, we are committed to exploring every option available to restore constitutional and legal protections for all churches in Virginia. Meanwhile, we look ahead to the October trial and the issues to be considered in the fall.

The Diocese remains firmly committed to ensuring that loyal Episcopalians, who have been forced to worship elsewhere, will be able to return to their Episcopal homes. Generations of Episcopalians pledged themselves to the Diocese in order to ensure a lasting legacy of Episcopal faith and worship in Virginia.

Agreed, BB. What anti-Anglican, anti-Catholic, anti-baptismal and presumptuous rhetoric to use on behalf of "generations of loyal Episcopalians"! If this is really all about what the dead think, perhaps we should actually ask them or look at how they taught and acted rather than making up this schlock that imposes upon their legacy the latest inventions of "Episcopal polity."

How about the countless generations of "loyal" Episcopalians who are, at this very moment, spinning in their graves over the travesty that TEC has become?

They remain an untapped source of renewable energy.

As for the main point, I think Bishop Lee has the same understanding of 'tradition' that Vizzini had of the word 'inconceivable'. I do not think it means what he thinks it means.

So the question is when with DioVA and TEC what to go back to negotiations; after the trial or after the VA Supremes stuff them. I wouldn't mind seeing DioVA and TEC stonewall away to the biter end and and then wind up with the legal bills run up by the good guys. Just seems right.

More proof that Lee lies like a Clinton. Guess what, people? That is very old news.

In my church, no one, repeat, no one was forced to worship elsewhere. Except for a few people who expressed their views openly, we don't know who voted to leave TEC or to stay.

Of course, the DioVA's website still claims that they are the defendants in these court cases.

These statements play well with those laity in the DioVA who simply don't want to deal with realities. If the diocese says it's true, it must be.... (They wouldn't tell an untruth would they?)

The results of the recent legal decisions are wonderful, but also predictable, in my view. The diocese has no legal claim on these properties the laws of VA would recognize. The Dennis Canon is not a law the courts can enforce. The parishes would have won even without 57-9!

P.S. I still have the cowbell you gave me back in '88 to get the attention of our Stephen Ministers at Truro!

"A Terse Statement from the Lord to 815 and THE Diocese was issued today: 'I WILL VOMIT YOU OUT.'"

No reply from the to-be-vomited.

Film of how Beers really wants these lawsuits to turn out is here.

Did you mean search for an associate rector?

Eesh. I gave my life to the Lord in 1972. I joined the Episcopal church, oh, somewhere in 1996 or there about so I could become a LEM.

I NEVER pledged myself to either the Episcopal Church or to DioVA. Blech. What a misleading statement from DioVA.

take it for what it's worth