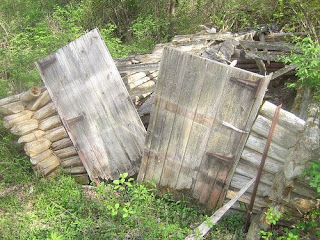 It appears that General Convention 2009 resolutions are being drafted and signed up by frustrated progressives who seek to punish the laity for not dumping out their purses and wallets into collection plates and sending it up to fill the troubled coffers of The Episcopal Church.

So instead of perhaps pausing a moment to consider the ramifications that if the church promises one thing but delivers another (the old"Bait and Switch") that perhaps the laity might not be too happy about continuing to finance these innovations and are showing their displeasure the old fashioned American way.

Oh, but no. It's time to punish the laity for not financially supporting the innovations of the church by denying them their votes at General Convention. No pay, no play.

When the news hits the laity that resolutions are being drafted to deny their delegates their vote at General Convention because TEC's coffers aren't overflowing with happy giving, well, it won't be pretty. The Episcopal Church is a charity - and when it stops showing charity it stops being a charity. What a sad and tragic turn of possible events - and just guess where it's coming from.
Posted by Unknown at 8:06 AM

When the news of the drafting of these resolutions to deny their delegates to vote at General Convention because TEC's coffers aren't overflowing with happy giving it won't be pretty.

I think something is missing in this "sentence". Shouldn't it contain something like "becomes know" after giving and before "it won't be pretty."?

Perhaps it is a good sign... it will help convince the undecided of TEc's motives, and perhaps TEc is coming to the end of its financial rope and won't be able to litigate much longer if more parishes leave.

I find it shocking that no one has proposed the next logical step. Instead of neutering delegates who haven't paid up, why not reward delegates for over-paying? Grant more delegates to dioceses that contribute more than the requested amount. Heck, allow parishes to send their own delegations if they come across with significant jack.

If they want to use the carrot and the stick, adopt a sliding scale where the size of the delegation is determined directly by the amount contributed.

What could possibly be more in line with our church's ethos?

Wow, sounds like General Convetion needs some Indaba groups. Of course, only the progressives should be allowed to speak, in the interest of avoiding any strong feelings being expressed.

What could possibly go wrong with that concept?

BB,
A good caption for that photo might be that "A house divided unto itself cannot stand."

Oh no, the caption should read:

"21For although they knew God, they neither glorified him as God nor gave thanks to him, but their thinking became futile and their foolish hearts were darkened. 22Although they claimed to be wise, they became fools 23and exchanged the glory of the immortal God for images made to look like mortal man and birds and animals and reptiles.

24Therefore God gave them over in the sinful desires of their hearts to sexual impurity for the degrading of their bodies with one another. 25They exchanged the truth of God for a lie, and worshiped and served created things rather than the Creator—who is forever praised. Amen.

26Because of this, God gave them over to shameful lusts. Even their women exchanged natural relations for unnatural ones. 27In the same way the men also abandoned natural relations with women and were inflamed with lust for one another. Men committed indecent acts with other men, and received in themselves the due penalty for their perversion.

28Furthermore, since they did not think it worthwhile to retain the knowledge of God, he gave them over to a depraved mind, to do what ought not to be done. 29They have become filled with every kind of wickedness, evil, greed and depravity. They are full of envy, murder, strife, deceit and malice. They are gossips, 30slanderers, God-haters, insolent, arrogant and boastful; they invent ways of doing evil; they disobey their parents; 31they are senseless, faithless, heartless, ruthless. 32Although they know God's righteous decree that those who do such things deserve death, they not only continue to do these very things but also approve of those who practice them."

BB, It might be the big stack of youtube code on the front page, but my Firefox crashes four times out of five loading you blog.

Curious. What kind of processor are you running, Robert? Have you emptied your cache?

"Have you emptied your cache?"

I thought that's what TEC is going to say to its dioceses?

So Louie Crew, Susan Russell, et al continue to drive tacks in with sledgehammers. Say it isn't so.

Keep it up. The more this stuff comes up and flies into the faces in the pews the more people will tire of the revisionist agenda.

Haven't we all endursed children like this on the playground? They grow up into worse children, don't they?

Just to avoid confusion, this resolution has to do with funding the expenses of the convention itself, not 815. In that regard it makes some sense. Plus it lets Dioceses off the hook of even pretending to go - they can just say sorry we can't afford it.