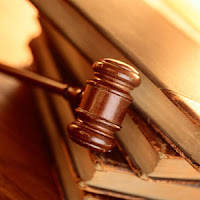 BB NOTE: Just back from an afternoon in the Fairfax Circuit Court. Here's the update of what happened this afternoon. Thank you for your prayers - the Lord is good.

After extensive argument over the plea of statutory immunity, the court was prepared to rule but suggested that the parties work out an agreement. After recess, the Diocese of Virginia and the Episcopal Church agreed to dismiss all of the vestry members and rectors as defendants without prejudice and the individuals agreed to honor any determination of the court regarding the plaintiffs’ property claims, subject to their rights of appeal of any adverse ruling.

“We are appreciative that after all these months, our volunteer Vestry members and our pastoral leadership are no longer named defendants in lawsuit filed by the Diocese and the Episcopal Church,” said Tom Wilson, Senior Warden of The Falls Church.

As to the ownership of the property, the court stated that it was making a very narrow ruling. The court found that, at this preliminary stage in the litigation, the complaints filed by the diocese and TEC state a sufficient claim to an interest in the property for those claims to proceed to trial where the TEC and the diocese will have to put on actual evidence to support their allegations. The court emphasized that it was not making a determination as to any rights, but simply that the complaints alleged enough to get TEC and the diocese past a preliminary motion to dismiss.

However, before those claims proceed to trial, the court has scheduled a hearing later this year whether or not the claims filed by the Virginia churches under the Virginia Division Statute preempt the property claims of TEC and the diocese. If the court rules in favor of the churches under the Virginia Division Statute, that finding will be dispositive (which means that there would be no reason to proceed with the property claims made by the diocese and TEC).

Be joyful always; pray continually; give thanks in all circumstances, for this is God's will for you in Christ Jesus. I Thessalonians 5:17-18

LATER: It was an interesting day. Had gotten into the Trusty Turcel and was heading down I-66 when suddenly the engine just quit, just quit right there in the middle lane going 55 mph on an interstate. Traffic was merging toward me from the right, including of course the giant eighteen wheelers and me in the little Turcel from the last century. But somehow we glided - no engine running - over to the breakdown lane and officially broke down.

So I was fresh from that thrilling moment when I walked into the court room this afternoon. I was thinking that the last time I was in a courtroom was during a school field trip when I was twelve years old. I got there late enough that the only seats left were in the jury box, which proved to be an excellent location to watch the proceedings.

I was also thinking that the last time I'd seen some of the folks in the room was at the Diocesan Annual Council meeting in January - if only from across the room. But I remembered many other meetings when it was across a dinner table at Shrine Mont during a weekend meeting of diocesan leadership in what feels like a lifetime ago. But I shook hands with a few of them - wishing that there was a better way (and there had been a better way) than this.

I saw a certain chancellor from 815 and the least said about that the better.

The lead counsel from 815, Heather Anderson, was not present in person but by teleconference. Her daughter I believe is in the hospital and I would encourage us all to pray for her daughter's healing. No litigation should keep us from praying for one another and so tonight we do lift up Heather's daughter for complete healing and to comfort Heather and her family and give them peace.

I walked out from the courtroom, down the staircase and found myself walking with the lead counsel from the diocese - the hearing had gone so late that everything was locked up including our cell phones. I lost my head and thanked him for making the deal to take me and other Vestry members and rectors off the lawsuit. "There must be a better way to do this," I said to him and he nodded, perhaps only politely, perhaps not, as we collected our cell phones from the sheriff on duty.

Afterwards, I joined a group of friends over at a local pub and as I looked around the table, I was reminded that these friends were a gift, a real gift, and one I am truly thankful for. It is an odd place to be tonight, to be both glad and sad, all together, mixed into one.

Too early to break out the butter beer?

Any mention of the trustees? Can't remember whether they were named or not...

The trustees are still named, but only in their capacity as trustees, not personally.

As the lawyers reminded me, we still have a ways to go. But this was still a positive step and I was heartened to see the Diocese and 815 negotiate when it was the clear the judge was ready to rule himself on the Vestry and the Rectors - so it was better to see the Diocese and 815 stand down from that. David Booth Beers was there and I saw him for the first time, but he didn't speak. 815 Counsel was offsite and participated by teleconference.

Saw Patrick Getlein there too and we shook hands. Hope springs eternal.

BB,
Thanks for this report. We were waiting to hear something and I'm glad I remembered you were going.
This is good news.
SVa1

Here's to sudden death for this court action "later this year".

Kevin said...
This comment has been removed by the author.
7:30 AM

I'm happy for you, BB. This certainly is a lifting of shadow over many lives. Hopefully the Lord used it to shape people.

Now that the Lord has removed what I saw as keeping you personally tied, I'd urge you to let go. I probably have you beat in the canonical sense, but my course chosen, I'm with my home team. You need to release your anger and pay less attention towards TEC now that the personal connection has been dropped.

Still congrats to you BB.

I'll be praying for the car problem. Been there, done that (In fact, doing it right now, so return prayers are welcomed).

The purpose of this blog includes reporting on the Anglican Communion and the Episcopal Church. Next stop - House of Bishops meeting in September. And the book.

And I'm still Episcopalian, by the way.

Speaking of car problems, be sure to check out Drell's If men wrote advice columns

You may very well be. I am convinced that the Lord has called many to be "ComCons" and watching with much interest the discussions over at SF.

There was Wesley but also Whitfield.

Mary,
To God be the Glory!! As to the Route 66 affair, its not everyday that Bob Marburg at 'TOP gets to talk about us.
Continuing in prayer for the final outcome.
Pax Deus,
Andy

On August 26 your congregation will be visited by a Lutheran contingent from Columbia, MD. We'll be there to check out your 8:00 am blended service.

BB,
did you get your car fixed?
Art+

;-) Yes, it was the timing belt. I guess we can safely say that timing is everything.