Houston, we have a problem: Diocese of Virginia issues statement regarding non-canon consents 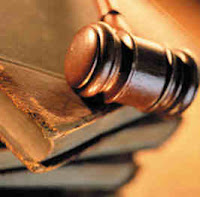 BB NOTE: Interesting statement coming out of the Diocese of Virginia tonight, but where's the part about following the canons of the Episcopal Church in the consent process? They make it sound like it's some sort of bureaucratic procedure - not actually stipulated (including the language that must be used) by official canons. Why are some canons enforced with lawsuits and others are ignored all together? In fact, notice that the word "canon" is not used once in this press release. What's up with that?

The process of requesting and receiving consents is governed by the Office of the Presiding Bishop through various administrative departments.

Translation: It's not our fault.

The process of obtaining consents for the ordination and consecration of Bishop Shannon Johnston followed by the Standing Committee of The Diocese of Virginia was approved and confirmed by the general Church.

Translation: It's not our fault.

The procedures we followed have been in widespread use throughout the Church for at least a decade.

We received over 80 signed consent forms, and our process was confirmed by the act of consecration in a joy-filled service presided over by the Most Rev. Katharine Jefferts Schori, Presiding Bishop of The Episcopal Church.

Translation: Rather than answering the question of whether we followed the canons of the Episcopal Church, let's change the subject.

The people, churches and institutions of the Episcopal Diocese of Virginia are enjoying the first fruits of Bishop Johnston's ministry among us as we journey together, stewarding our heritage for future generations of the Church."

Translation: Some canons are more equal than others. Some you use to sue, and some you just pooh-pooh.

And from His Grace +Peter you expected ..... substance?

I rather like the "stewarding our heritage for future generations of the church" ending, don't you? That must be there for you -- Truro, TFC, et alia. Perhaps "stealing others' heritage" and "for future left/progressive causes beautifully dressed up in albs and Thomas Tallis and stained glass since we won't actually have any future generations of the church at the rate we're going."