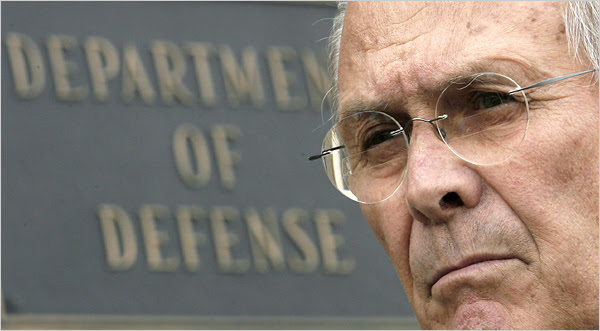 The President is about to make an important announcement.
Is this it? 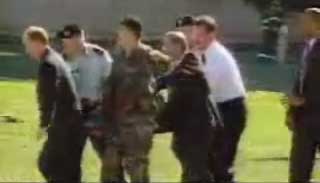 How will I remember him? After the plane hit the Pentagon on September 11th, Secretary Rumsfeld ran outside and began helping with the wounded. Here he is caught by a PBS camera helping carry a stretcher shortly after the Pentagon attack. He is in the center of the picture, wearing a dark jacket. Just so we don't forget.
Posted by Unknown at 1:04 PM

I am sad to see him go, but I salute him for all his service to this country...the hyenas yapping around his ankles make me sick.