Just for the Record: Time Out for "Book Seven" Ending Predictions 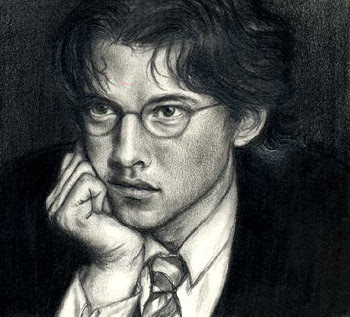 There's a new interview with the actor who portrays Harry Potter in the films offering his prediction that Harry will die in Book 7. ""I think it will be something to do with the fact that ... maybe the only way Voldemort can be killed is if Harry is killed as well," said Daniel Radcliff, comparing Harry and Voldemort to Sherlock Holmes and Moriarty. "I think, personally, ... that's the only way [author J.K. Rowling] could ever halt any call for her to keep writing [Potter books], because, I mean, if Harry survives, she'll just be getting plagued by requests to write an eighth book for the rest of her life."

I will admit here that I think the same thing. Gasp. But I do think Harry will sacrifice himself to save the Wizarding World. Today I posted this over at the Leaky Cauldronand it's a short synopsis of what I believe may be in the ending of the seventh and final book of the Harry Potter series

I still think that the time turner plays a part in the last scene of book seven. Could it be that a seventeen-year-old Harry and Voldemort II meets Baby Harry and Voldemort I in the past - something Voldemort knows now. Remember how we are told that when the same people meet terrible things happen - perhaps something like a house exploding?

Yes, I think 17 year old Harry dies, but Baby Harry survives and so the story starts over again. And we'll be reading it over and over and over for the rest of our lives.

In which case, Jo Rowling has a severe case of James Joyce.

What do you think?

Harry dies so he can live life to the fullest? Where have I heard that before?

But would readers somehow feel cheated?

If the death is redemptive, then it could be a powerful story. I'm not exactly thrilled with the "circle of life" thingy and everything that goes around, comes around. But I still think there is something to the James Joyce meets Sidney Carton scenerio.