BREAKING NEWS: The California Supreme Court is about to rule on the Anglican church properties in California 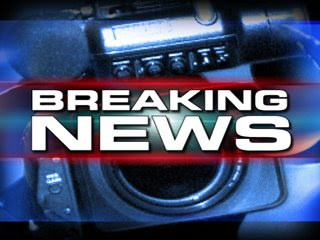 UPDATE: Anglican Curmudgeon has posted excellent summaries and background on the California churches case as we anticipate the ruling scheduled for this Monday.

His first summary is here. Here's an excerpt:

As I shall explain below, if the Court decides to apply the "principle of government" approach, it then will defer to the Dennis Canon; section 9142 (c) (2) may be read in support of that approach, and then the suit is not a SLAPP action.

If, however, the Court decides to apply "neutral principles", then as I will also explain, it must decide how to apply section 9142 (c) (2) together with the property deeds and Church constitution and canons, and depending on how it resolves that question, it may either uphold the trial court's SLAPP finding, or reverse it.

Now, then, what is the difference between the two analytical approaches? Essentially, we are talking about specifying which of two decisions by the United States Supreme Court, one hundred years apart from each other, California courts must follow in church cases.

He also has posted "Arguing the Episcopal Church Cases (I)" here. Here is an excerpt from this extremely helpful post:

I want to point out some of the questions which were touched upon in the oral argument, and on which we might receive some guidance when the Supreme Court issues its ruling. The first of these is what I might call the "once you sign on, your property is ours forever" argument. It was posed most squarely by a hypothetical asked of Heather Anderson, counsel for ECUSA, by Justice Baxter: Suppose (I am paraphrasing the Justice here) an already established parish, which owned a multi-million dollar property, wanted to join the Episcopal Church (USA), but suppose it wanted to guard against confiscation of its property if it later changed its mind and decided to withdraw. Assume it knows about the Church's Dennis Canon; assume that we decide to enforce it, and that it knows about this case. What could [that parish] do?

You could have heard a pin drop in the silence that followed that question. Eventually, however, with a little help from Justice Corrigan, Ms. Anderson responded that the parish's only option would be not to join ECUSA in the first place. As Justice Corrigan put it, "It's like any other civil agreement: two parties can agree to whatever they want. . . The Church isn't bound to admit them . . . it can say: 'Fine---you want to join us, here are our rules.'"

Now, this was not exactly the choice that faced St. James when it joined ECUSA. When it first became a mission, in 1947, it owned no property of its own. A developer had left land for it to use in building a church, but title to the land was held temporarily by the Diocese of Los Angeles, in trust for the nascent parish. St. James incorporated in 1949, and thereafter took title to that parcel, which (along with three other parcels it acquired subsequently) it has held in its name ever since. ECUSA first adopted the Dennis Canon in 1979 (or so it claims; maybe it didn't, but that evidence is not before the Court in this case). So the question becomes: when it agreed originally to be "forever under" the constitution and canons of both the Diocese and of ECUSA, did that agreement include having its property made subject to a trust in favor of those entities, created unilaterally by a national canon enacted some thirty years later?

Read the whole thing here. Interesting how he mentions Heather Anderson, whom we witnessed in action several times in the Virginia court as well, remembering most especially when she read the judge's earlier ruling back to him in a voice filled with ridicule and contempt, as he sat there listening politely to her until he finally said that he could remember what the ruling said since he wrote it. I don't recall if she ever returned to the Virginia court in person after that. Perhaps California was a better venue for her after all.

AC will be posting more, so stay tuned.

SUNDAY PM: AC has the next in his series now up here. He includes a rather fascinating update on H. Anderson Esquire. Read it all here.

***
The Supreme Court of the State of California is about to rule on the property cases of the churches formerly in the Diocese of Los Angeles who separated from The Episcopal Church. We offer prayers to our sister churches in California as this ruling is handed down, and for the Bishop of Los Angeles as well.

To learn more, click here. The opinion itself will be published on the Court's Web site on Monday, January 5, 2009 at 10:00 a.m. PST (1:00 p.m on the East Coast). The full text of the announcement is here. Tip of the tinfoil to Anglican Curmudgeon.

UPDATE: Check out Curmudgeon's thoughtful analysis of the justices here and posted below:

It's always risky to try to speculate from oral argument, BB. I would say that the following might reasonably be concluded, based on the questions asked of each counsel at oral argument:

Justice Corrigan seemed most swayed by the fact that when St. James came into being as a mission of the Diocese in 1946, it signed on in its articles of incorporation to be "forever" bound by the ECUSA and Diocesan Constitution and Canons. She also felt that Corp. Code section 9142 implemented the Dennis Canon for purposes of State law.

Justice Ming Chin seemed highly influenced by the fact that most out-of-State court decisions (or all, as ECUSA's counsel wrongly told him) had to date upheld the Dennis Canon trusts.

Justice Werdegar seemed to go along with Justice Corrigan, and seemed most swayed by the argument that section 9142 enabled the Dennis Canon to take effect in the State.

Justices Baxter and Moreno didn't seem to be buying the section 9142 argument, and appeared to feel that under the neutral principles approach, State trust law requires the owner of property to create a trust, so the Dennis Canon could not apply.

Justice Kennard was easily the Justice most engaged in the arguments on both sides. On balance, I think she sided more with Justices Baxter and Moreno, though at one point she supported Justice Corrigan's questioning.

Chief Justice George will probably be the deciding vote. He was also the most difficult to read, asking hard questions of both sides.

Preliminarily, then, there are at least three very likely votes in favor of TEC and the Diocese, and two in favor of St. James and the other parishes.

If Justice Kennard goes with the parishes, then it will be 3-3, with the tie decided by the Chief Justice. Under that scenario, it will be a 4-3 vote either way.

But if the Chief Justice comes down in favor of ECUSA/Diocese of LA, then Kennard probably will, too, and thus we could have a 5-2 decision against the parishes.

The oral argument raised some fascinating issues. If I have time, I will put up a post this weekend sketching them as sort of a "preview of things to come.

P.S. - Please email me with your address---I wanted to get the word out to you earlier.