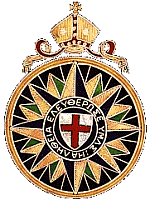 Primates of the Anglican Communion will meet for the next of their regular meetings at the Helnan Palestine Hotel Alexandria Egypt, between 1st – 5th February.

The meeting will be chaired by the Archbishop of Canterbury Dr. Rowan Williams and hosted by the President Bishop of Jerusalem & the Middle East & Bishop in Egypt with North Africa and the Horn of Africa, The Most Revd Dr Mouneer Hanna Anis. The Secretary General of the Anglican Communion, the Revd Canon Kenneth Kearon will act as the meeting’s secretary.

Primates’ Meetings are held in private session. As is customary it is expected that a communiqué will be issued at the close of the meeting.

Briefings will be held for any press attending. However media not at the meeting will be able to access the briefings as podcasts on line on the Anglican Communion website www.anglicancommunion.org. Those podcasts will be made available as soon as possible after the conclusion of each briefing.

It is expected that all Provinces will be represented at the forth-coming meeting, except the Church of Pakistan and the Church of South India, where in each case the Moderator cannot attend due to a previously booked engagement.

When the primacy is vacant, it is usual for the province to nominate the Dean of the Province or the Senior Bishop to represent that province. This will happen in a number of provinces on this occasion.

The Primates' Meeting was established in 1978 by Archbishop Donald Coggan (101st Archbishop of Canterbury) as an opportunity for “leisurely thought, prayer and deep consultation” and has met regularly since.

There have been five meetings since 2002:

For further information about the Primates meetings including provinces, primates and biographies click here.

I am so glad you will be there for us!

How many Primates do we need to approve the new North American Province?

None. It's over. The Episcopal Church in America is alive and growing in grace.