Diocese of Virginia issues a Statement 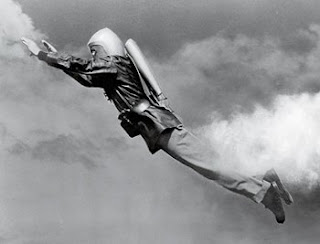 PANTS ON FIRE ALERT: It's now official - Henry Burt is the Episcopal version of Baghdad Bob. From now on, he's Baghdad Burt.

The Diocese again noted the regrettable necessity of these proceedings. "While we have hoped that the CANA congregations would propose a reasonable alternative to litigation," said Henry D.W. Burt, Secretary of the Diocese, "the Church must vigorously protect the legacy of those faithful generations who have gone before for those who will follow."

Do we have to go through this again? It was Katharine Jefferts Schori and the Diocese of Virginia that sued the congregations, it was Bishop Lee who cut off negotiations and sued everyone. We all had the Standstill Agreement - our petitions were not deemed hostile by the Diocese. The litigation was initiated by TEC and the Diocese. "While we have hoped that the CANA Congregations would propose a reasonable alternative to litigation ..."

That has got to be the Pants on Fire Statement of the Year.

NOTE VERY CAREFULLY THE SPINMEISTING - Can you read between the lines?

The Episcopal Diocese of Virginia announced today that the trial scheduled to begin October 6 will focus solely on the issue of which properties occupied by the CANA congregations are actually subject to their 57-9 petitions.

Though loyal Episcopalians have expressed grave concerns about the validity and fairness of the voting procedures used by the CANA congregations, the Diocese will forego judicial review of that process to focus on those issues that will most effectively and quickly return Episcopalians to their church homes and result in the overturning of the 57-9 "Division Statute."

The Diocese is preparing to mount a vigorous appeal that addresses the serious legal and religious questions and implications that have arisen from this unfortunate situation. The Diocese will explore fully every option available to restore constitutional and legal protections for all churches in Virginia.

In a trial beginning on October 6, the Court will examine precisely which property is subject to the Division Statute petitions filed by CANA congregations. The Court will determine several issues either before or during trial, including whether the congregation attempting to take the property actually owns the property they seek under its 57-9 petition, whether deed restrictions require the property to remain with the Episcopal Church, and, in one instance, whether a last-minute transfer of property was valid. Once these issues are decided, the Diocese will appeal the Court's rulings on the applicability and validity of the Division Statute.

"In the Episcopal Church, congregations exist because they are in communion with the bishop of a diocese, through recognition by diocesan governing bodies," said the Rt. Rev. Peter James Lee, Bishop of Virginia. "They cannot unilaterally disestablish themselves or remove themselves from a diocese, and take Episcopal property with them, using the secular court system to validate their actions."

The Diocese is steadfast in its goal of returning faithful Episcopalians to their church homes and restoring the full and time-honored protections of the First Amendment and the Virginia Constitution for religious freedom.

"The court proceedings of the past several months have shown that the Division Statute, which exists only in Virginia, is uniquely hostile to religious freedom and our faith. We are resolute in our commitment to pursue every avenue in seeking the return of Episcopalians who have been exiled from their church homes," said Bishop Lee.

The Diocese again noted the regrettable necessity of these proceedings. "While we have hoped that the CANA congregations would propose a reasonable alternative to litigation," said Henry D.W. Burt, Secretary of the Diocese, "the Church must vigorously protect the legacy of those faithful generations who have gone before for those who will follow."

LATER: It's Monday Night and there's still no posting of the Diocese's statement on 815's website. What's up with that? After all, they are litigating together, in court they sit next to each other at the same table and share pens. 815 is quick to put up their tar & feather story on Bob Duncan, but the Diocese's "statement" is still missing. Perhaps the 815 staff are out saying good-bye to Yankee Stadium. Or perhaps not.
Posted by Unknown at 1:20 PM

You know, when I read Judge Bellows comment about 'blinking at reality' I remember thinking 'Boy, that's going to leave a mark'. Apparently the armor on the hide of the Episcopal Church is so thick it didn't even register.

Judges, both trial and appeal, read newspapers. They are well informed individuals. It is therefore worthwhile to not stray too far from the facts. Especially as regards to who is responsible for the litigation and which party is being intransigent as to settling. The attorneys for the exiting churches must be feeling a bit better this morning. The opposition did a gratuitous stupid act.

I'm getting dizzy. The spin is more than I can handle.

Guess the truth would hurt too much if it were told, so TEC/DioVA must publish face saving untruths. Hoping I guess to keep the $$flowing from the sheeople.

BB,
I'd read this all right now, but I am holding-out for the dramatic reading by Violet.

You are so right, Baby Blue. When I got my Diocese of Virginia email today I was positively staggered. The falsehood was breathtaking! But I love Baghdad Burt. As Adrian Monk would say, I LOL'd out loud!

815 under cut Bishop Lee here. In Dr Schori's reading of the rules; the whole number is the whole of those who show up to vote. This took away the only position he could take with any amount of validity that the votes were not proper.

"... using the secular court system to validate their actions."

Which, by the way, is exactly what DioVA is planning to do in its appeals, if I read it correctly - or did I miss something?

The word must surely be