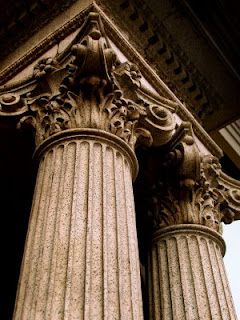 FAIRFAX, Va. (September 26, 2008) – Today, the Fairfax County Circuit Court signed an Order stipulating that the nine Anglican District of Virginia (ADV) congregations that filed petitions under the Virginia Division Statute (§57-9) have satisfied the voting requirements of §57-9. In that Order, The Episcopal Church (TEC) and the Diocese of Virginia also stipulated that they will not contest such findings by the Court. This Order substantially narrows the scope of the church property trial that will take place in October.

ADV also announced that the remaining two of the 11 ADV congregations sued by TEC and the Diocese have settled. Potomac Falls Church, Sterling, Va., and Christ the Redeemer Church, Centreville, Va., have each agreed to a modest monetary settlement with TEC and the Diocese which will end the litigation between them. Neither congregation filed Virginia Division Statute (§ 57-9) petitions because they did not have real property at stake, only personal property.

“Any decision that releases any of our member congregations from the cloud of litigation is a positive step. We are pleased that the settlement has been reached. We look forward to the day when we can all get this behind us and move forward with the work we have to do,” said Jim Oakes, vice chairman of ADV.

“Yet the Diocese should have settled a year and a half ago since these two congregations both meet in elementary schools and have no real property. Not only that, but since Christ the Redeemer Church is not a former Episcopal congregation, today’s settlement is a nuisance value payment.

“We are grateful that the Diocese and TEC took heed of our repeated call to settle this litigation amicably for a modest payment from the two congregations – payments which are restricted to be given to a limited number of ministries jointly approved by the congregations and the Diocese.

“We had hoped that the Diocese and TEC would have used this model as a way to work with us to drop the remaining lawsuits which we never wanted, did not initiate and consistently said that we would like to resolve amicably. Despite the promise of appeal from the Diocese, we are ready to put this litigation behind us for all of the parishes so that we can focus our time, money and effort solely on the work of the Gospel,” Oakes concluded.

The remaining items for the October trial are whether four parcels of property and one set of personal property owned by the Anglican congregations are covered by the congregations’ Division petitions. The trial will start October 14 in the Fairfax County Circuit Court.

The Episcopal Church and the Diocese abruptly broke off settlement negotiations in January 2007 and filed lawsuits against the Virginia churches, their ministers and their vestries. The decision of The Episcopal Church and the Diocese to redefine and reinterpret Scripture caused the 11 Anglican churches to sever their ties.
Posted by Unknown at 11:27 PM

I know I keep saying that, but you, BB, know more than most why few worlds are better than more, in this case it's because of the post about " settlement" the 2 other have who me over to your logic, I was more hopeful, so while a great victory, I wonder.

Still worry thinks about tomorrow which will rob today of it's joy. So celebrate today for what it is, a gift from God as the day the Lord has made and pray for tomorrow about court cases or whatever else ails you, but don't let it rob you of today's joy!!!!!

There is so much to be thankful for - so much. But I am reminded that many mountain climbing accidents happen on the descent.

I would call this time a time of thankfulness, of enormous gratitude - but joy, I'm not so sure. There is nothing joyous in a divorce. Growing up in a military family, we learn that winning battles is not the same as winning the war. And there are still casualties strewn across the battlefield.

I am grateful, but I still pray that we can win a real peace.