As someone who has seen her share of protest marches over the years (we have so many in Washington that springtime in DC is affectionately called Protest Season), I am not sure I have ever heard of a street protest against world hunger that that concluded with a march into a lavish banquet at a palace. Why, they even threw in the chandeliers. Who's idea was that?

We arrived at Lambeth Palace and walked the grounds for a while before hearing a stirring speech from the Prime Minister about world poverty. Then, in an ironic contrast, we were served a very elegant lunch in a huge tent set up on the grounds.

Here's how Ruth Gledhill of the London Times describes the luncheon menu that followed the March against poverty:

The menu was cold lemon and thyme scented breast of chicken with fresh asparagus and porcini mushroom relish, summer bean and coriander, tomato, basil and mozzarella served with hot minted new potatoes. Pudding was dark chocolate and raspberry tart with raspberry ripple ice cream, topped off with coffee and white chocolate raspberries. To wash it down they drank Pino Grigio or Chiraz or cranberry and elderflower fruit punch. The cream marquee was decorated with a dozen chandeliers down the middle.

The bishop then goes on to consider the "irony" of this ill-timed luncheon, explaining for the record:

I would have been happy with a sandwich and a donation to the MDG funds, but apparently there are many from third world countries who look forward to this lavish event. 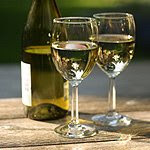 At least he had some sort of moral pang that perhaps this was all rather vulgar. That he then excuses it by rationalizing that the poor blokes from the poverty-stricken countries rather like this sort of thing is, quite frankly, patronizing. He seems to think that this rationalization gives him an excuse to have have no conscience. And he seems totally unaware of what he's just implied - or who he blames.
Posted by Unknown at 10:16 PM

If I were a bishop I would've slept in and caught up on my blogging and prayers for the folks back home. So what if I don't get to see the British Monarch? At least I wouldn't feel like I was being used for a camera op and MDG propaganda!

Oh ironic and how it sums up the whole thing:

We'll talk and walk but not live what we profess to believe.

Sums up the whole liberal ideology in a nutshell.

"I (The Rt. Rev. Kirk Stevan Smith, Ph,D. of Arizona) would have been happy with a sandwich and a donation to the MDG funds, but apparently there are many from third world countries who look forward to this lavish event."

That's what I like to see, a minimalist TEC bishop. My guess is the minimalist feature Bishop Smith decorates himself with comes out only on those rare instances in which there is no actual need actually to be minimalist.

Damn those high-living Third World bishops who wallow in luxury 24/7.

+Smith is a putz.

Oh BB, you nailed the irony on that one!!!

At least the the groups around here who want to do such a protest usually advertise that it'll be a banquet of rice or something to show solidarity and/or as a reminder.

There is a certain "h" word that I'm fighting to not just make an all out accusation, but certainly send a very mixed message.

Chandeliers may sound extreme until you realise that such a large tent would normally be used for wedding receptions in the Summer in someone's garden. They often come with chandeliers and are highly dressed with ribbons and flowers as one would expect. Those I have been to have chandeliers more often than not so I doubt this was a particular requirement of Lambeth.

I also think it has a lot of style, which goodness we need in the CofE and it was right to make a fuss of our honored guests.

Now that we are done getting hot and tired for the poor, let's all go back to my palace for a little sponge cake and some wine.

No wonder this shindig runs into the millions of pounds with all the wining and dining these vicars of Christ seem to be used to. I guess fasting went out with following Scripture?