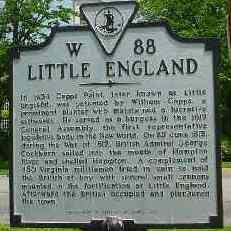 Watching the Press Conference as I pack and repack my suitcase, I am reminded of an observation that the British have a tendency over the years to deal with conflict by creating what we might call, "Little Englands." Americans deal with conflict by having a revolution - usually quite public, usually on television - and we ask questions later. England has a Prime Minister who goes before Parliament and the members can actually ask him questions! If the American president went before Congress and took questions, the House of Representatives would chop him up and have him for lunch. We are a noisy, rambunctious, passionate, unruly, unwavering, over optimistic, rather fun bunch.

When in pinch, we organize revolutions. The British reorganize Little Englands.

Case in point, the British Empire.

All around the world, the British went and every where they went they created Little Englands in their wake, including celebrating their English Church and Brewed Tea. India, Africa, the Middle East, even North America (been to Victoria lately?) and the West Indies - all reflect their established Little Englands. Where ever they went they just set up as close to identical Little Englands as they could possibly muster. Assimilation was out of the question (except in the most extreme circumstances). When the Locals began to riot, they went home.

The French were often not that way. Going about the globe, many of their explorers and builders eventually disappeared into the population. Even in my own family history in Virginia, my early ancestors including Jean Pierre Bondaurant, did not come to America to create a New France. He came to start from new. And his name and his history disappeared into Buckingham County.

Back in college, when I was studying American Culture, we learned that the English settlers came looking for the Promise Land so that they could go in and create the Perfect England, holy and just and true, a New England. But the French came looking for the New Adam - a New Man that could start all over again, to a New Garden of Eden, with no sense of the past to encumber him and no sin or guilt to taint him. The archetype that comes to mind is Pasquinel in James A. Michener's Centennial.

American culture is a tension and a blend between these two - the Promise Land and the Garden of Eden. Even after 200 years later, we see in the Lambeth Conference that even as England has a "special" relationship with the United States - we are so very different, so very different indeed and it's nothing like a gathering of this magnitude to see it all come out, despite the efforts of the hosts to contain it. And when it comes to identity and government we are thousands of miles apart.

Watching the press conference today it was clear that the organizers of Lambeth think that they can solve the Communion's problems by creating yet another of their Little Englands (despite the fact they've been warned that the Colonial Days Are Over) - an England where everyone is polite, every one remembers their manners, everyone remembers what Nanny taught them in the Nursery, everyone remembers their station and the rules and are gentlemen and ladies and quite accommodating to English sensibilities, and everyone remembers the British are in charge. After all, what is the sense of being Anglican if one doesn't want to emulate the English! All will be well, all will be solved, let us create a safe space, a Little England and shut out all that dreadful unpleasantness that causes the Locals to riot.

It's almost endearing. Almost. The problem is - we Americans are revolutionaries. We can't help it. It's in our blood - we were never disappointed by despots storming the Bastille and chopping heads off aristocrats and their flunkies. We manage to retain elements of our English forebears who reminded us that manners are helpful and order is necessary, but that is more to be tolerated than embraced. We put cowboys in the Oval. We do stuff and ask questions later.

Watching the Press Conference today was like watching the Old Guard trying to contain a revolution. But revolutions are like tornadoes - and this is an ecclesiastical tornado. Tornadoes are neither contained nor controlled. You learn to watch for them, to learn the signs of their approach - and when they come, you either you find shelter quickly or you run fast.

And on that note, we offer a tune to travel by. God willing and the rivers don't rise, we'll see you soon in England. The Real One.

Your analogy has interesting implications if applied to ecclesiology. In that case, it seems to me that your view inescapably leads to the conclusion that Americans are by temperament predisposed to a Protestant-type, and arguably even an evangelical, style of ecclesiology in which real or perceived necessary causes will launch a "revolution" that results in the creation of new segments of the body of Christ. The corollary would be that we're not very catholic (or at least that it doesn't come naturally to our temperament), even of the small "c" variety.

The problem I have with your thesis, which I believe is true to an extent (i.e., on a general level), is that America is a melting pot. Some of us are predisposed to revolutions; others are not. Some of us have French ancestry in our blood, while others are largely British.

One question that orthodox Anglicans are facing today is whether there's a big enough tent for both -- or whether the differences in our dispositions toward revolution are hurdles that cannot be overcome.

I think "Promise Land" should be Promised Land....as in Moses led the Israelites (almost) to the promised land...God promised this land to them.

Your comments are on the mark and Americans don't understand why the Brits didn't oust the Royals a long time ago. But then...the Brits would have to act like Frenchmen...and that JUST WON'T DO!

Not all Englishmen came to the new world to find the "Promised Land" and found a New England. The Carolinas and Virginia were established as commerical ventures to make money for their investors.
In any case who in their right mind would want to act like the French? A rather nasty bunch to say the least.

Wow, nothing like a rousing version of Jerusalem to feed the inner anglophile.

I observed some of the same sensibilities on my travels to Canada and Australia. There is a sweet civility in those places that is all but disappeared here on our shores. I believe this to be to our detriment.

OMG, BB, you've made a first! You brought tears to my eyes with Jerusalem. It even happens when we sing #597:

"O day of peace that dimly shines
through all our hopes and prayers and dreams,
guide us to justice, truth, and love,
delivered from our selfish schemes.
May swords of hate fall from our hands,
our hearts from envy find release,
till by God's grace our warring world
shall see Christ's promised reign of peace."

Nice post, and you make an excellent point about the difference between (most) English settlers and French settlers. A decade or so ago I read a book you might enjoy: "The Time of the French in North America:".

Ah, but the Virginia ancestors were French - one of those little secrets. All of my Buckingham County (living along the Slate River) - the earliest settlers there were French Protestants. They first settled in Manakin Town and then floating down the James and into the New World. Mine didn't get very far and stopped at land along the Slate River. But again - they were all French. The French had a big impact in Virginia - but they were Protestant French. Huguenots. I think Williams (of William and Mary fame) recruited the men to fight the Irish and rewarded them with a new start in the New World - or that's the story I heard. They didn't stay that long in England because, well, it was filed with the English. They wanted to do something new.

Thanks Anon for the book selection. I will look for it!

The French established little Frances as well. Canada's 3 founding nations - Canada, France and its Indigenous peoples - all contribute greatly to our culture as well as all the hyphenated Canadians who have arrived and contributed to our cultural mix. Canadians don't understand wanting to be absorbed and giving up your heritage.