The Crack-up of the Anglican Communion? 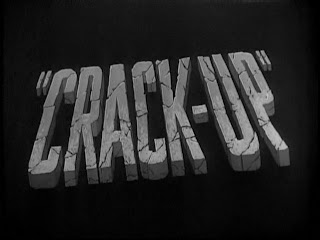 BB NOTE: First Ruth Gledhill of the Times report today that "The Anglican Communion seems to be falling apart in front of our eyes and it is not a pretty sight." And now Christianity Today has issued their report:

The crack-up of the Anglican Communion is at hand, evangelical bishops attending the Lambeth Conference in Canterbury tell Christianity Today, and to them, the 400-year-old Anglican project appears over.

"I'd like to expect a miracle," said Bishop Venables, a leader of the evangelical alliance at Lambeth, but said he feared the prospects for the church holding together were grim.

"Humanely speaking, there is little hope for even a peaceful separation" between the liberal and evangelical wings of the 80-million-member communion of churches, Bishop Venables said on July 18.

The 20-day gathering of bishops from across the worldwide communion began on July 16, on the campus of the University of Kent in Canterbury. The conference, held every 10 years, is one of four institutional ties for the 38 provinces, or member churches, of the Anglican Communion. While it has no juridical power, Lambeth has exercised a moral authority over the communion and has been the venue for resolution of past controversies, such as the ordination of women and the morality of contraception.

The 2008 conference, however, has been mired in turmoil for over a year before the first bishop arrived, when Archbishop of Canterbury Rowan Williams issued invitations to all of the communion's bishops, with three exceptions.

The Episcopal Church's gay bishop Gene Robinson was asked not to attend, as was the Bishop of Harare, Nolbert Kunonga, who was banned from the conference due to his ties to the regime of Zimbabwe strongman Robert Mugabe.

The American bishops of the African-overseen Anglican jurisdictions in the United States, such as the Rwandan-led Anglican Mission in the Americas and the Nigerian-led Convocation of Anglicans in North America, were also denied invitations as their consecrations as bishops were considered valid but irregular. Conservative bishops in the developing world applauded the decision not to invited Bishop Robinson, but said that those American and Canadian bishops who had consecrated him should also be banned from the gathering, and were outraged by the exclusion of their American bishops.

When Archbishop Williams declined to accede to their demands, the churches of Nigeria, Uganda, Rwanda, and Kenya as well as a smattering of evangelical bishops from across the communion — including the bishops of Sydney, representing the Australian church's largest diocese — announced they would not come.

Of the 880 Anglican bishops, between 200 and 250 will stay away. The total number of no-shows will not be known until registration closes on July 20. However the boycott by evangelicals means that bishops from the liberal-leaning Episcopal Church of the United States comprise 1 in 5 of the bishops attending the conference; worldwide, Americans account for only 1 in 40 Anglicans.

On its opening night, Archbishop Williams said the 14th Lambeth Conference would not settle the disputes dividing the Anglican Communion, but an effort must be made to keep the conversation going to preserve the integrity of the church.

He hoped the conference would eschew a political solution to the theological divisions within the church and focus on "building relationships." While this would not settle the disputes of doctrine and discipline, "it is certain that without the building of relationships the challenges will never be resolved," Archbishop Williams said, according to bishops present at the opening session.

"I don't have great expectations" for Lambeth, Bishop Duncan of Pittsburgh said. It was important to give voice to the views of evangelicals and Anglo-Catholics marginalized by the dominant liberal wing of the Episcopal Church, and he welcomed the opportunity for "strengthening the bonds of relationship" with bishops from the developing world. However, he was "deeply saddened" that the gap between left and right now seemed unbridgeable.

The pleas for dialogue at this stage rang false, Bishop Venables said. "Although much has been said about talking, it seems to me that no one is listening," he said. "I'm on the telephone," but "no one has called me to say, 'Let's talk this over.'"

While Archbishop Williams has been able to salvage past pan-Anglican gatherings from collapse, the mechanics of the 2008 Lambeth Conference differ from past gatherings of the archbishops and the triennial meeting of the Anglican Consultative Council, smaller Primates Meetings and Anglican Consultative Council gatherings. In past international gatherings, Williams has been able to avert a crackup by resorting to calls for forbearance to conservative leaders and personal pleas to honor the integrity of the communion. The absence of this bloc of bishops will change the focus of Williams's diplomatic efforts, forcing him to turn his attention to the Episcopal Church and seek its pledge of good behavior.

However, many of the American bishops are not seeking preservation of the status quo, but are lobbying for approval to perform gay marriages and elect more gay bishops. Added to his difficulties is his political defeat at this month's meeting of the Church of England's General Synod — the church's assembly — where his pleas to provide legal safeguards for opponents of women bishops was rejected.

The impending implosion of the Anglican Communion was a tragedy where everyone would come away the loser, Bishop Venables said. "But at the end of the day, Jesus is the Lord of the church and we are to follow him," by being faithful to God first and last.

The rupture and demise of what many took to be official Anglicanism is painful to behold and just a little tedious. It is like knowing a couple who are estranged from one another and headed for a divorce. You're forced to listen to both sides and you know where your sympathies lie. Sometimes, sometimes a good divorce beats a bad marriage. What will we be talking about one year from today? The establishment of a New Province in North America? The progress being made by a vitalized and expanded Global South? Serious debate and discussions on how to deal with the different stances taken amongst the orthodox regarding the role of women in the ministry? I wonder what will become of people like me who adhere to the 1662 BCP and Classical Evangelicalism? The whole Lambeth experience has seemed similar to the days following a death in the family, the necessary arrangements, relatives coming-in from out of town, the wake, the service, the burial and gathering afterwards. Sometimes you're just glad to get home take off your shoes and know that it is over. I, for one, am ready when my confreres can put this all behind them and move on.