Finding the Strength to Forgive 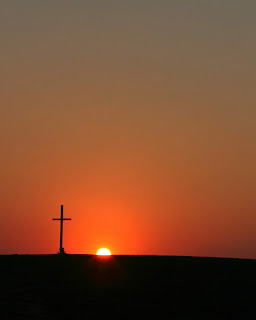 BB NOTE: A few weeks ago, we had one of our periodical Coalition meetings, where rectors, wardens, and other leaders of the Episcopal, CANA, and Uganda congregations in Virginia and DC meet together for fellowship, prayer, updates, and teaching. We had heard several reports on the GAFCON meeting in Jerusalem, as well as the latest developments in court. And then the meeting took a sudden and powerful turn as Robin Rauh, rector of Church of the Epiphany in Herndon (one of the parishes that voted to depart the Episcopal Church and join CANA) spoke on the topic of forgiveness. Here is his talk:


Repay no one evil for evil, but give thought to do what is honorable in the sight of all. If possible, so far as it depends on you, live peaceably with all. Beloved, never avenge yourselves, but leave it to the wrath of God, for it is written, “Vengeance is mine, I will repay, says the Lord.” To the contrary, “if your enemy is hungry, feed him; if he is thirsty, give him something to drink; for by so doing you will heap burning coals on his head.” Do not be overcome by evil, but overcome evil with good." -Romans 12:17-21

Sitting at my computer, I had been reading about GAFCON and other news from different web sites about Anglican Communion and the Episcopal Church. Some of it was true, some of the things were - to put it kindly - misrepresentations of the truth. It was difficult to deal with the anger I felt. I had accepted being deposed from the priesthood, sued, betrayed by people I once trusted and loved - but this - was an arrow that dug deep into me- evil was overcoming good inside.

Forgiveness - it’s easy to talk and teach about, painful to do.

Painful, because forgiveness goes out from us to another. The whole point of forgiveness is to overcome evil and bring about the beauty of holiness in a restored relationship in Christ. It is the front line combat of spiritual warfare. Forgiveness disarms the evil one and makes repentance possible. The alternative is feeding evil with more evil.

But it’s complicated. Forgiveness is not easy. It demands a strength we see in Jesus on the cross forgiving His enemies at the same time He disarms the powers and principalities through His death for our sin. Jesus bought forgiveness for us as a way of life. It’s a far cry from some popular ideas about forgiveness that range everywhere from a self-righteous declaration of “forgiveness” that is cold hearted, thinly disguised hatred-- and cheap forgiveness that is nothing more than passive evasion out of fear, not faith.

So what is it? Forgiveness is a way of being, not something we do. It can never be made to manipulate the heart of another to a reluctant repentance. Forgiveness is obedience to Christ that kills our pride and makes His love possible- its supernatural, not sentimental. And if we really live it- we must experience death of pride and arrogance. If we really forgive, we’ll see how much we need to be forgiven.

Forgiveness requires us to be something toward those who offend or hurt us.

No matter how our enemies treat us, the time for forgiveness is always near, even if we can no longer speak to each other.

But how are we supposed to behave to those who hurt us? Look at what St. Paul wrote to the Christians in Rome:

Beloved, never avenge yourselves, but leave it to the wrath of God, for it is written, “Vengeance is mine, I will repay, says the Lord.”

To “avenge” means to vindicate one's right, do see that justice is done either to protect someone or to punish the wrong doer. “Leave it” means to give way- make a place for the Lord- to get out of the way. Most of us would agree that as Christians, revenge is always evil, but that doesn’t stand up when you consider God does take vengeance some times.

The legitimate part is the desire for revenge comes from a passion for justice. What’s wrong about us carrying out ‘revenge’ is that none of us is holy, just or omniscient enough to deal it out, except God. But acknowledging our desire for it can open up our motives and even shed light on the real areas of hurt and pain. With that in mind, St. Paul tells us never to avenge ourselves, but to “give way” to God who has promised to repay. In some sense, when we take revenge, when we refuse to forgive or even consider a restored relationship with a repentant offender, we are in the way of God- we are interfering with His vengeance. The freedom of forgiveness is that there will be a day of reckoning and it will be of God’s timing and place.

Do not be overcome by evil, but overcome evil with good.

In part, this gives some answer to the balance of mercy and justice our hearts need. The choice we face as human beings in a fallen world is: Either we will be forgiven and our punishment will be absorbed for us by the righteousness of Jesus, or we will be punished in our self-righteousness in this life and the next.

Forgiveness is not cheap, painless, easy- or optional. If we are to experience the abundant life of the Holy Spirit, forgiveness is absolutely essential for love to become real. Anything else is a counterfeit

So we’re faced with evil in this world. We are in a spiritual battle with Satan who delights in bitterness, relishes every opportunity to use our words and acts to destroy and hurt- it’s his nature. He is a liar and the father of lies. He has lost the contest for our souls and is a spoiler out there- looking for someone to devour. The love Christ gives to us is a weapon to destroy evil of the devil.

In the contest of who's side God is really on, its certainly going to be tested by who's praying, obedient and willing to pick up their cross for the Gospel in all this. Forgiveness isn’t cheap- it cost Jesus everything, and requires us to put everything on the line for Him.

In the days ahead, one of the best indicators of obedience and orthodoxy will be how well we love our enemies as well as our friends. It’s the way of the Cross. It’s the words of forgiveness from the Cross

It’s the badge of honor in a war that will one day end- with a new heaven and a new earth.

And so Father, we commit ourselves to you. We entrust our souls to You, as Your Son entrusted His. We ask for your grace for the days ahead to, as unworthy servants, be faithful to Your commands- to trust in the power of Your might hand to see us through and make known the Gospel of Your Son Jesus Christ. For it’s in His name we pray.
Posted by Unknown at 2:29 AM

This is brilliant, and powerfully expressed. During these moments of such importance to the Anglican Communion, when it is so easy to adopt instant opinions about selected comments or developments, we need the patience that forgiveness brings. For it really does get us out of the way of the Lord.

It also means that we are preserved from missing the Lord's voice or work because it does not appear just or right or natural.

Mark 11:20-25 suggests that the story of the fig tree that withered from its roots is relevant to the topic of forgiveness. Jesus wanted figs, but it was not the season for figs, so he cursed the tree. Why would he do this, when it was not reasonable to expect figs?

I think the explanation lies in Jesus' linkage of faith and forgiveness. Forgiveness is almost always "out of season". Or to put it another way, Jesus is telling us that "in season" means when he comes looking for it, not when we might be reasonably expected to offer it.

Thanks to the Lord for such a strong and powerful word, to Robin for expressing it so well, and to you Baby Blue for sharing it at this important moment.

Thanks bb, very stimulating indeed, such important words for this time.