Ah, the old Bait & Switch: 815 preps Episcopal bishops to stay "on message" while at Lambeth 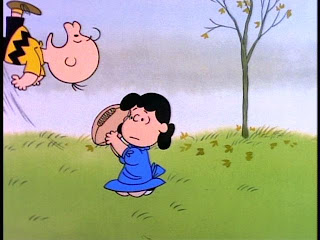 Turns out 815 has been busy orchestrating a campaign to keep Episcopal bishops to "on message" while they are at the Lambeth Conference. The Episcopal bishops were first instructed starting at the March 2008 meeting and then before Lambeth began, were given instructions and talking points in order to stay on message as a group.

Indeed, the bishops were instructed to uphold two "core messages" while at Lambeth.

1. At the Lambeth Conference, the Bishops of the Anglican Communion renew our deep unity in Christ.

2. When Anglicans work together through the power of the Holy Spirit, we change the world.

The Bishops are then given talking points to repeat these messages over and over - in their engagements with the press, in their indaba groups, and in any other encounters they have with Anglicans or those outside the gates. Dr. Philip Turner at the Anglican Communion Institute has done an excellent job of breaking down the two "core messages" as he recognizes two core points:

.
Be sure to read his entire analysis here.

1. At the Lambeth Conference, the Bishops of the Anglican Communion renew our deep unity in Christ.

There are very few in America who don't know that the Episcopal Church is embroiled in a schism. Even a Virginia judge could see that plainly - the evidence was so overwhelming that he ruled that the Virginia churches had satisfied the criteria to invoke the Division Statute of the Commonwealth of Virginia. It is true that he bishops of the Anglican Communion have come to Lambeth in the past to illustrate that the provinces are united in a common faith expressed in the Book of Common Prayer and the Holy Scriptures. That's what makes us Anglican. But not this year! The fact remains indisputable - there is no unity this year and the Episcopal Church is to blame for the tearing of the fabric of the Communion.

What an audacious statement to attempt to pull over eyes of the other the bishops, the media, and the people by proclaiming unity when in fact, what they really have done and continue to do is break up the fellowship by unilaterally imposing social innovations on the rest of the communion. There is only unity if the rest of the Anglican Communion agrees with them.

It is then no wonder that the bishops have been instructed to talk about unity when in fact there is no unity? It is a classic "bait and switch."

2. When Anglicans work together through the power of the Holy Spirit, we change the world.

Again, a lovely statement but it is completely devoid of reality. How can anyone for a moment believe that an institution that is busy suing Anglicans is out to change the world? The Episcopal Church has been out to sue the world. If anyone does not adhere to their "changes" then lawsuits will follow. "Unity" is agreeing with them. "Diversity" means promoting cultural innovations at the cost of Anglican unity.

And the fact remains - Anglican are not working together. The Episcopal Church is the greatest illustration of Anglicans not not only not working together as a province, but working autonomously to invoke cultural innovations in spite of protests and pleas from the rest of the Communion to stop.

Is it again, then,m no wonder that the Episcopal bishops have been instructed to talk about Anglicans working together when in fact the Episcopal Church fails to do that even now?

It is slick - the bishops are orchestrated to bait those who are listening with a message that bears no resemblance to reality. Nearly half of of the Communion is not even represented at this Lambeth Conference due to the actions of the Episcopal Church and the Episcopal Church has the audacity to talk about unity and working together as Anglicans!

Read the bishops' briefing document here. As Dr. Turner writes, "the memo signals a hardened position on the part of TEC’s Episcopal leadership that runs counter to the spirit the Archbishop of Canterbury has asked to guide the bishops in their deliberations—a spirit of mutual subjection in Christ that is open to correction." See it for yourself.

Tip of the Tinfoil to Ruth Gledhill at the London Times.
Posted by Unknown at 7:31 PM

The "smile for the cameras" program is hardly even a public relations offensive. Its more like a resembles a militaristic psy-ops campaign.

Is we good little Piscopos yet?

TEC's attempt to pull the wool over the world's eyes isn't working. World consensus is that marriage is a unique institution between a man and a woman. Not one of the 15 nations that has made provision for homosexual couples to have legal status calls their partnership "marriage." Read this:
http://college-ethics.blogspot.com/2008/07/civil-partnership-does-not-marriage.html

Seems to me that TEC has been directing 'messages' for some time e.g.
1. "individuals can leave the Episcopal Church but parishes and dioceses can not"
2. "The Anglican Communion is not a church but a collection of individual and autonomous churches"
3. "The Lambeth Conference is not a decision-making body"
4. "The ACC is the proper body to be given authority because it represents bishops, clergy and laity" [not heard this one so much recently]
5. "TEC is more democratic than other churches because its General Convention decisions are made by bishops, clergy and laity"
6. "You do not understand our polity"

Reminds me of the way in the early 80's the Junta used to repeat "the Malvinas are Argentina's" convincing themselves, if no-one else.