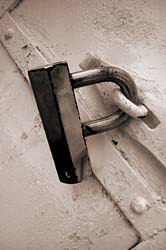 ACI's Christopher Seitz uses a rather unfortunate word to describe the actions of the Presiding Bishop against the Standing Committee of the Diocese of San Joaquin here, when he wrote of his unhappiness with Bishop Duncan's remarks at the Mere Anglicanism Conference in Charleston. "As for Canterbury’s Advent Letter and the support of CA bishops’ principles at DES," Christopher writes at Kendall Harmon's site, "especially in the light of PB’s overreaching in DSJ, we shall see. A picture of disintegration so total does of course offer justification for what is here being depicted as the best way forward."

Overreaching? What we've learned in what Christopher calls the "PB's overreaching" in San Joaquin is that the PB is weak. All this pontification of power is an illustration of weakness, not strength. The powerful are quiet. That's what keeps them powerful. They don't pontificate, they produce.

I work for a Rainmaker. He is rarely - rarely - in the headlines. But when he passes away, he's quite old now, you will all know who he is. He's very powerful, even at his advanced age. His power has come through decades and decades of relationships and trust, built on the solidity of his counsel and the wisdom of his mind.

We do not see such leadership at 815 - nor, does it seem, currently at Lambeth. The laity are not blind.

The product is the Faith, not the buildings. The buildings drain financial resources, they don't produce it. They are window dressing, advertising, but they are not the product. They are the coffee cup, a china cup no less, but not the coffee.

The People are producers of the product (though we could say that the Executive Producer is Someone Else - no Executive Producer, no product) - they are the ones that go out and - to use the crass terms now being used by 815 "market the mission strategy of the franchise." They live the product and by living the product they advertise. They are mobile, they can go anywhere, and they are flexible. They can dress up and they can dress down. A property just sits - and some of those properties are in vulnerable places, both inside and out.

Remember how the Presiding Bishop keeps reminding us that People can leave, but not the Property? What sort of chilling effect does that have if TEC were a company? That sort of autocratic view is what led to the establishment of labor unions. It's why the Constitution of the United States did the radical thing and said the United States was not Property (and so much of the struggle was over property in fact) but that the United States is "We, the People."

The Church is not a building. It's not even an Institution. The Church is the People, the body of Christ - and it's faith that holds us together, not the manufactured denominational ties. Those are our tribes, our communities - but those are not "the Church." The Church escapes all marketing descriptions - the Church is alive.

Property does not produce faith. That's why they can be turned into saloons.

If we can't produce the product - what are we left with? More meetings do not produce products, unless there is revival.

If there is now competition with the franchise, then 815 must get its mind off protecting their assets (the property) and produce the product or they are going to go out of business. The next step may be for 815 to protect the "intellectual property" of the institution - the Prayer Book. If Anglican franchises are using the Prayer Book as the instrument of their worship, isn't that like Ma's Coffeeshop selling Starbuck's Coffee? Unless, of course, we're all actually in the same franchise after all and there's been a division from within.

My own parish is preparing during Lent to take a season to live without the luxury of property - that is what we're giving up for Lent. We're going to be holding as many of our gatherings as possible - except for worship - out in the community, at Starbucks even. We're beginning 40 Days of Community tomorrow.

In the United States, people are free. We like our pretty coffee cups, but we also like a good cup of coffee. This Lent we're looking for a fine cup of coffee.

For those of us who are finding ourselves thinking about life in community without the pretty buildings, it does cause some to wonder, especially here in the DC area - if we had a terrible terrorist attack where would we be? Those of us who live in the DC area have been warned it is going to happen - we just don't know when.

But we're all ready getting ready. In fact, we're supposed to be ready.

Lambeth appears to be marketed as a "San Francisco-style Be In" - but what will that to do produce the product? How will we flourish? It's not revival. It's designed to protect the property - china will be served, but where do you get a good cup of coffee? Tea anyone?

Consider this. One major terrorism crisis and the entire summer is shut down. We're going through a major presidential election - don't think for a minute that the terrorists have forgotten. A transfer of power is a very vulnerable time for a nation - even one as powerful as the U.S. We've been warned. We may not be listening right now, but we've been warned.

If Lambeth is about revival, about filling men and women with the fire of faith in Jesus Christ, they couldn't keep the doors from being busted down with excitement. But that is not the case and the Archbishop of Canterbury has made that quite clear. It's a meeting. A "Be In." Pass the china cups.

What will we need most in the months and years ahead? How do we recognize our own weakness, our own vulnerabilities and not hide our weakness with pontificating statements of power? If we turn to the Scriptures we see challenging clues. Jesus Himself is the epitome of power, and yet He he took the path of weakness and triumphed.

How did He do that?

We see examples of this on the cross. He was vulnerable, He was forgiving, and He was honest.

We see his vulnerability in His suffering. He doesn't hide it - He can't hide it. He could have followed John the Baptist and suffered and died in secret. But the sufferings of Jesus was in plain sight. His weakness was seen by all. But even the Roman Centurion standing nearby was struck by His witness. "Surely this man was the Son of God," he exclaims.

We see His forgiveness. On the cross no less, He forgives those who torture and kill Him, pleading with His Father to forgive them, that we don't know what we're doing. That means He does not issue blame, but takes the blame. Just sit there for a while and think about that.

He takes the blame - though He is in fact, blameless. In that moment, in His amazing actions of redemption - He takes the blame. He takes responsibility. He takes authority. By taking the blame Himself and His Father accepting it, He becomes very powerful. Who has the authority to do that, to take the blame and have it accepted?

That is a power not of this world.

He was honest. He didn't tell things to people that they wanted to hear and so He was hanging on the cross. He had times when He could have cajoled Judas or made deals with Pilate. But He didn't. He remained honest, forthright, truthful, and transparent. And that made Him powerful, so powerful that the religious and civil authorities needed to see Him crucified in public thinking that would silence everyone else.

And they were so wrong.

It seems counter-intuitive to follow the path that Jesus took to the cross in these times of crisis in the Episcopal Church and the Anglican Communion - and perhaps even in the United States. We do not need more meetings, except if those meetings are filled with the power of the Holy Spirit to fill our hearts with faith in Jesus Christ, to set our hearts on fire with love for Him and for His people - for those in the Church and those brokenhearted and lost. We are bound together not by china cups and pretty buildings, but by the amazing work of Jesus Christ who transforms us from the inside out and sets us free. Hallelujah. The joy of the Lord is our strength.

If Lambeth was about joy, if Lambeth was about the fire of the Gospel to change lives and fill our hearts with hope, that it was about suffering, about transparency, about forgiveness, about truth, and even about taking the blame - it would be a powerful meeting indeed.
Posted by Unknown at 10:50 AM

Brilliant, bb! I love all you have written.
Made me think of this:
(the Presence of)CHRIST IN(carnating) YOU, the hope of glory. Colossians 1:27.
We, the Church, are incarnated by the Paraklete, the Holy Spirit of Christ to achieve His purposes and to glorify Him.

No Presence
No Church
No Glory to God

PS - the Church is never more powerful than when she takes the blame ---acknowledges her sin, agrees (confesses) with God about the harm and destructiveness of sin, admits her brokenness, poverty and need. In penetince the Church achieves her greatest victory - (II Cor. 12:9) and His strength and power intervene in our behalf.

BB, you have outdone yourself. Post this one on the cathedral door: the BabyBlue Manifesto. Brilliant, cogent, touching, moving.
Bravo.

Very, very good BB. Community not property - puts me in mind of the Rich Mullins song "You Did Not Have a Home". The lyrics are -