When the laity wake up 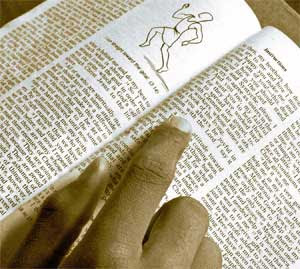 The Archbishop of the Southern Cone has made some remarks recently regarding the the spread of the Anglican division worldwide, including this:

"It ends up you have two versions of Christianity," he said. "There are two positions that have moved apart over the last century: the Bible-based orthodox Christianity that goes back to the early years of the Church and a post-modern Christianity that believes everybody can find their own truth. And those two things cannot work together."

Here's some thoughts from the Cafe during lunch today in response:

What happens when we have a learned and empowered laity - the priesthood of all believers? Why is it so important? The bishops receive their authority from the Lord, true - but they are empowered through the trust of the laity (the clergy have to obey, theoretically - but the laity can choose, we can always go somewhere else and they know that). As the laity share in the consequences of leadership and not just the benefits, there forges a shared ministry that can have enormous impact on the Church.

The first thing you’d want to do to stop that is to keep the laity in the dark. Often we will help ourselves stay in the dark because it does take effort to stay engaged (and I don’t just mean politically - in fact, that is lesser, it’s really staying engaged in the scriptures, participating in Bible Studies and discussions and reading the Word ourselves and being impacted by the Word ourselves that is truly powerful - engaging in the structures of the Church comes from that engagement with the Scriptures and not the other way around). So the more we are equipped through the teaching of the Word and the knowledge of the polity of the Church, the more we are empowered (and held responsible) to go to work.

What has happened over the past 100 years has been the sweep of the Renewal - remember when Azusa Street Revivals broke out - as well as evangelical Bible Study. A hundred years ago people had Bibles, but did they do Bible Study? Well, perhaps the Methodists did! But how about all the rest of us - and particularly the Episcopalians and Anglicans? Think about it.

Now that we read Scriptures ourselves and read, mark, learn and inwardly digest them - and not just rely on the interpretation of the assigned clergy - it can have a rather unstabling affect on the church structures. In Virginia there was/is almost an assumption by the clerical orders that the laity do not know as much as they do about the Bible, or about Church history. Maybe we don’t speak Greek, but we may know our Bible and it’s the peril of the clerical orders to encounter a biblically literate congregation.

The Anglican crisis is born in part because of the outpouring of the Holy Spirit on the laity to read the Scriptures, to study the Scriptures, the pray the Scriptures, to talk about the Scriptures, and to tell others about the Scriptures outside of the clerical orders. Rowan Williams, as educated as he is, may not be used to laity reading over his scholarship and critiquing it. That’s got to be a shock. Even the clergy hesitate to do that (after all, he is a bishop), but except for the niceties ("Hey, I had a tea with the bishop!") if we can get past that and to holding our own with the Scriptures as laity it has a huge impact on the Church locally, diocesan-wide, nationally and now - as we see unfolding every day - world-wide.

We must hold ourselves back from finger pointing and ask ourselves what we know and what we are going to do with what we know. There are times when I think I’d rather just go back to Hawaii, sit on the beach, and forget about the Troubles. It can be mighty tempting. But is that what we are called to do for the long haul, especially as we suffer the same cost as the clergy and the bishops, but stand our ground, not run away, not put our heads in the sand, but persevere and press on - not for our own glory, but for the glory of Jesus who reached out to us and saved us and set us free.

Continuing on with a dual definition which may not be obvious above.

Technically Paid staff are laity, however in my post above, I've found frequently that often they add a layer, thus quasi-clericalism develops or a pastor keeps asking only a certain group to serve on committees, thus in his mind there is laity involvement, but in practice establishes clericalism (this is one was PECUSA enforces culture).

Now an educated laity may notice the problems but any establishment of what CS Lewis called "The Inner Ring" will make what BB is advocating completely useless. Often those outside the power clique have an option to purpose to be uneducated & involved ("it's their job to know this Bible stuff") to be numb enough to continue or to leave, some bitter to become an unchurched Christian.

My first post was far too long and raising side issues not needed anymore that what was inside my mind was "talked out," so I decided to delete my 'worksheet' post.

The bishops receive their authority from the Lord, true - but they are empowered through the trust of the laity (the clergy have to obey, theoretically - but the laity can choose, we can always go somewhere else and they know that). .

Well, yes. But the wise lay person will like Peter say, "Lord, to whom shall we go? You have the words of eternal life."

Now that we read Scriptures ourselves and read, mark, learn and inwardly digest them - and not just rely on the interpretation of the assigned clergy - it can have a rather unstabling affect on the church structures.... Maybe we don’t speak Greek, but we may know our Bible and it’s the peril of the clerical orders to encounter a biblically literate congregation.

Yes, we need to all study and know our Bibles. Laity who read the scriptures should have a stabilizing affect on the church. But it is also important to remember "no scripture is of any man's private interpretation" (taken out of context, I know, but it helps make the point.)

We all know/have learned that scripture does not contradict itself. But there is a danger for people to go around studying completely on their own. When people go around happily interpreting anything they read for themselves, they often come up with strange ideas. Scripture must be interpreted within the context of what has been understood by the historical church. How has this always been understood? When we do that, we will not come up with strange new ideas - such as there was no resurrection, Jesus is not fully man and fully God, a loving God would not send anyone to hell, etc.

The laity needs to be informed. But not so it can create doctrines on its own. It needs to be informed so that when a clergy goes astray, that will be recognized and that person called to repentance. That may mean going to someone higher up the chain. Often, those higher up do not know what is going on until the damage has been done.

If the laity had been scriptural astute and recognized the departure from orthodox teaching and called their clergy to repentance as soon as the false beliefs reared their heads, we would not have had Bishop Pike or Bishop Spong or others who gain strength and followers over time. They would have been brought back into the fold before the damage was done, or they would have left. The result would be the same either way - orthodoxy would have been preserved.

If the Episcopal Church had done this, there would have been no counterfeiters to rise through the ranks to Bishop, etc. today.