There's got to be a pony in here somewhere 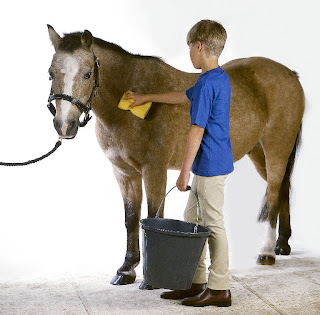 I heard some stats this morning on the radio that talked about the overwhelming majority of voting youth who went to Reagan in 1980 and 1984. Most of the talk radio Talking Heads are classic Boomers, not the "Under 30" who voted for Ronald Reagan. The 1980's "Under 30" crowd have now come of age - in fact, Barry Obama is one of us. He was under 30 too when Ronald Reagan was president. Did he actually vote for Jimmy Carter and Walter Mondale? That sort of boggles the mind.

But the so-called "conservative" Radio Talking Heads (RTH) seem to have forgotten that they weren't too thrilled with Ronald Reagan either when he first came to town. In fact, it's been sort amusing to listen to some of them berate John McCain and then wax lyrical about Ronald Reagan. How quickly we've all forgotten what a laughing stock the idea of Ronald Reagan was to the majority of the RTH's of his time (which was basically Larry King All the Time). Like Ronald Reagan last time and John McCain seems to be doing this time, both upset the Establishment apple cart.

Oh there was an "establishment" Republican Party back in the day (in fact, George Bush was picked as the running mate for Reagan to placate those whinny Country Club Republicans and get them to support the ticket - Bush was Reagan's challenger in the primaries and Reagan called him "The Preppy." Bush used to call Reagan's plan that completely overhauled the entire American economic system as we know it now as "Voodoo Economics," remember?). Back in the day we had all these snobby know-it-alls over talking about lofty esoteric principles and using words in Latin and French, but losing elections. In fact, there was actually a "Conservative Party" at one time, which of course, lost elections.

You see, temperamentally, he was not a Republican. He was a Democrat. A populist in a tie. He had cut his teeth on the most cut throat of democratic politics known to humankind - Union Politics. He had been in the thick of the worst of it at some of the most notorious years for Hollywood Unions, the late 1940s and early 1950s. He learned to make deals as well as to stand up to thugs. He could charm and he could slug. He was Irish, for heaven sake - but an Irishman from the Midwest. He could streetfight with the best of them, but still put on a tie for dinner. Those traits we would see in plenty when he got to the White House and would have a vicious slugfest with Tip O'Neil all day (the Speaker of the House, we use to call him Jabba the Tip) and then they might have a few beers together once the sun went down and talk about baseball.

Another thing about Ronald Reagan was that he was inspiring. You'd listen to him and it you'd find you suddenly wanted to start clapping your hands and saying out loud "I believe! I believe! I believe!" One of the reasons you'd believe is that he told things they way they really were. He was honest. If he screwed up, he said so. If things went badly, he'd say so. If things could get better, he'd say so. And then he'd say something funny and you'd think, okay - we'll just try again.

There wasn't any of these sort of "loyalty tests." Reagan was running The Big Tent. He was standing by the flaps trying to get in as many as he could - including immigrants. He didn't check to see which side of the Pentagon windows you were on in the 1960s either. If you liked what you heard, you got in. Many of those "former" 60s radicals suddenly switch sides when Reagan came along and they now had kids.

And he really loved America. I mean, he really loved America. The rest of the world made fun of him, oh, they certainly did. In my junior year in college I studied theatre in London and oh, how I had to tiptoe around about Reagan. I'd never known Socialists and Real Left Wingers as I knew them in London for they hung about the stages of London's West End and in Stratford. To them, Ronald Reagan was the Antichrist. They hated him more than they hated Margaret Thatcher.

Ronald Reagan loved America as the Immigrant's Dream. He was sure that if more people just came in and tried us out, they'd also fall in love with America too - he was sure of it. His speeches were full of the literary ideas of the American Dream. It was hope. He was speaking to a world that was trapped behind the Iron Curtain - yet those speeches resonated to those who were looking for hope and were not appearing tonight on the West End, but were living in the East End. Or the Eastern Block.

Reagan had his own war on terror, but it was a cold war. He fought it militarily, but he also fought it rhetorically. He made the case that the cause of liberty was one filled with optimism and hope. He could be very firm (he had a temper too). You can just hear him now, if he had to deal with the screaming and wailing and gnashing of teeth of those who claim to carry the Reagan Standard today. He'd let them yell for a while, maybe just a little too long, and then there'd be this long pause and then he'd tip his head and say, "Well ...." And he'd call the yappy Talking Head by their first name and then he'd tell us a story.

Here's one of my favorites:

A boy was given a roomful of horse manure for his birthday. Immediately he started digging away and all the while as he digged digged, even with his bare hands, he just kept smiling. Finally, someone asks him, "What are you doing?"

"With all this manure," the boy replies enthusiastically, digging away, "there's got to be a pony in here somewhere."

Perhaps it's best just to see the real thing again. Here's Ronald Reagan at the beginning of his political life:

And here he says farewell at the end:

Listen very carefully. Gosh, I miss him.
Posted by Unknown at 7:28 PM

If only we had an ABC of Reagan's qualities!
Art+

If only we had political leaders of such quality in America today. Does Hillary love America?

Pity those who admire such greats as Reagan and Jesus let them cloud their vision - so that they miss the great spiritual leaders and political leaders who happen to be other than those two - a broad perspective of what is a great leader serves us well.