Bob Dylan on the Watchtower

Excellent commentary at The Best American Poetry here on one of Dylan's best known enigmatic compositions and makes the case it's based on Isaiah 21:

My heart panted, fearfulness affrighted me: the night of my pleasure hath he turned into fear unto me. Prepare the table, watch in the watchtower, eat, drink: arise, ye princes, and anoint the shield. For thus hath the LORD said unto me, Go, set a watchman, let him declare what he seeth And he saw a chariot with a couple of horsemen, a chariot of asses, and a chariot of camels; and he hearkened diligently with much heed: And he cried, A lion: My lord, I stand continually upon the watchtower in the daytime, and I am set in my ward whole nights: And, behold, here cometh a chariot of men, with a couple of horsemen. And he answered and said, Babylon is fallen, is fallen; and all the graven images of her gods he hath broken unto the ground. -Isaiah 21:4-9 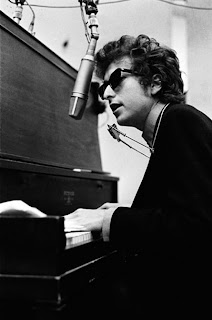 In "All Along the Watchtower," Bob Dylan envisions America's decline and accepts the role of warning people about it. The song opens with Dylan having a conversation with two parts of his self. The joker thinks life is absurd. The thief part of his self--the part that steals lines from other singers and poets and ideas from the cultural air--reassures the joker that confusion is not their fate. They will see clearly and sing out a warning to the people.

Dylan sees American social collapse as strikingly similar to the collapse of Babylon in the Bible. Babylon was bloated with wealth, weakened by self-indulgence, and ready to fall. The comparison is not unique to Dylan. F. Scott Fitzgerald, for example, called New York City "Babylon on the Hudson." Dylan seeks guidance from the Biblical prophet Isaiah who foretold the fall of Babylon in the Book of Isaiah, Chapter 21. Here are the pertinent lines from the King James translation, the one I assume Dylan used:

5 Prepare the table, watch in the watchtower, eat, drink: arise, ye princes, and anoint the shield. 6.For thus hath the Lord said unto me, Go, set a watchman, let him declare what he seeth... 8. and he cried, A lion... 9. and, behold, here cometh a chariot of men, with a couple of horsemen. And he answered and said, Babylon is fallen.

Dylan uses all this imagery in the next part of the song. There's the watchtower, the princes, the lion--in the form of a wildcat, and two riders. Dylan assumes the role of the watchman, the sentinel prepared to maintain a watchful eye and proclaim exactly what he sees. (Dave Van Ronk correctly noted that a watchtower has no wall to walk along, but the image of walking is more resonant than standing because the movement demonstrates the watchman's anxiety.) 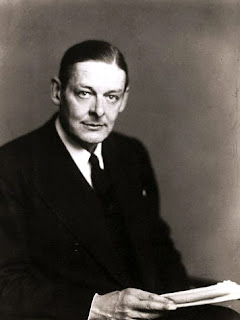 Women and barefoot servants are not included in the Biblical verses. Why did Dylan include them? "The women came and went" echoes T.S. Eliot's refrain from "The Love Song of J. Alfred Prufrock": "In the room the women come and go/Talking of Michaelangelo." I think Dylan is describing the anxiety of relationships, the difficulty for men to prevent women from going, as a metaphor: the decaying of relationships exemplifies a decaying society. The "barefoot servants" I take to be an attack on the thoughtless rich, the princes in the society who need their servants so servile and poor that no shoes are allowed or allowable.

Beyond Isaiah and T.S. Eliot, Dylan finds another poet in the tradition he follows. He ends the song with the title word of Allen Ginsberg's angry poem about what he sees as the sad fate of the weak, the innocent, the outsider, and the artist in America. Buoyed by the company of a Biblical prophet and two iconic modern poets, Dylan is ready to take his place on the watchtower.

The song, though, is incomplete. It does not adequately confront Dylan's own paradox: he's a paradigm of the wealth and self-indulgence he sees as dooming the society even as he's an artistic prophet who can see the fall caused by such behavior. In that sense, the song is a call from the depths of his soul to save himself as well as the society.

Read it all here. And here it is, the classic rendition:

Here's U2's arrangement from Rattle and Hum, which is based on classic Hendrix arrangement - an arrangement that Dylan also later adopted:

And here's Bruce Springsteen and Neil Young performing the song in 2004:

Email ThisBlogThis!Share to TwitterShare to FacebookShare to Pinterest
Labels: Bob Dylan, U2

What, no reference to the Bear McCreary "Battlestar Galactica" version? The instrumentation is so cool.

I almost posted that version! Thanks for posting the link, Jeff. ;-)

Is the thief one who steals souls from their rightful owner?