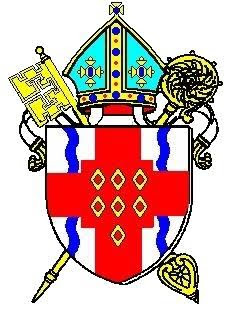 The Diocese of Quincy held its 132nd annual Synod October 16-17, and formally aligned itself as a constituent member of the newly formed Anglican Church in North America (ACNA), a group of more than 700 Anglican churches in the US and Canada that was founded in June. Since that time another 40 churches have joined the new body.

The Synod, hosted by the Church of the Transfiguration in Princeton, also reaffirmed its pastoral relationship with the Anglican Church of the Southern Cone which offered the diocese “safe harbor” a year ago when the diocese separated from the Episcopal Church.

“God has truly blessed us over the last 12 months,” said Fr. John Spencer, President of the Standing Committee which currently oversees the diocese. “Our churches remain strong, we are focused on the future, and we are blessed to now be part of an orthodox Anglican body here in the US.” The ACNA is led by Archbishop Robert Duncan, Bishop of Pittsburgh and a leader over the last several years of the movement to restore a traditional, biblically grounded Anglican presence in the US.

In addition to routine business, the annual Synod welcomed three new parishes into the diocese. “They applied to become part of Quincy,” Fr. Spencer said, “because they know our diocese had taken a firm stand for the historic faith and practice of the Church. They know we adhere to biblical teaching and biblical morality, and they found a home with us.” Several other parishes have approached the diocese about possibly becoming members.

“God isn’t hampered by the rebellion of some in the church. When some stray from the Gospel, God raises up faithful Christians who are willing to stand against the social and moral decay that can infect and destroy a culture.” That decay, Spencer said, has infected some US churches. “There is a cost when you stand against the flow of society. But Christian faith is not a popularity contest. Our first calling is to uphold the teaching of Christ. Cultures have always resisted the Gospel. That’s no reason to stop teaching it, or stop living it.”

Two of the largest Provinces of the world-wide Anglican Communion have already formally recognized the new ACNA. As the ACNA receives growing recognition around the Communion, Spencer said, the diocese will maintain is pastoral relationship with the Province of the Southern Cone as its “official” link to world-wide Anglicanism.
Posted by Unknown at 3:20 PM

Yeah, but it's no longer the Episcopal Diocese of Quincy, it's a new entity. That hogwash about "shadow" dioceses didn't fool the judge in Pittsburgh, and it's not going to fool anyone else.

I agree it is confusing and disingenuous to continue using "Episcopal" in their title. Perhaps the name is near and dear to their hearts but, nevertheless, confusing to some - is the confusion honest or is it meant to deceive?

The Diocese of Quincy is not a new entity;our legal name was changed several years before litigation began with TEC. TEC reconstituted a diocese named The Episcopal Diocese of Quincy...please note the difference.

bb, Not sure where you pulled the headline from, but the poster above is correct. The name of the diocese, for quite some time, has been "Diocese of Quincy." Actually, I have always known it by that, even going back to childhood, although I would allow that "Episcopal" might have appeared in the legal name in those days. Maybe someone more familiar with its history can tell us when, if ever, Quincy used "Episcopal" in its legal name.
However the headline appeared, it is not a matter of the diocese using the word "Episcopal"- something that would have been evident had people gone to the diocesan website before laying accusations.
On topic- It is good to see the diocese formalizing their relationship with ACNA. Did the "700 parish" figure for ACNA already include Qunicy's parishes, or are these new additions to the total?

BB,
It is funny that given all the fanfare and brew ha ha of the last couple of years that these diocesan conventions seem to be occurring under the radar of most interested observers. Why all the secrecy?

As far as I know, the diocesan councils are all public.

As the great-great-grandson of the first Bishop of Quincy, I an sad.

BB,
There hasn't been any coverage of these conventions, certainly not like there has been in the last couple of years.

Fr. Daniel,
Why so sad? There is still an Episcopal diocese of Quincy?

On the issue of Synods and secrecy, the originanl and continuing Diocese of Quincy has done a great job communicating with those who left and those who stayed in the diocese. And, for the record, there are nearly as many Episcopalians continuing to attend the diocesan cathedral than there are in all the parishes that departed. Visit www.thedioceseofquincyonline.com